We received information today that (former?) Fullerton Police Sergeant Jeff Corbett is to be charged with a felony. Could this be from the recent Grand Jury investigation and relating to his mishandling of the Joe Felz DUI incident of election night 2016?

We’ll find out soon enough as a Press Release is forthcoming from the District Attorney’s office as I type.

We posted back when citizen accusations regarding this incident were sustained against Corbett:

Can we expect an Instagram Press Release from FPD? Maybe photos from the scene of the crime? A booking photo? Or are those only reserved for people not promised a government pension? 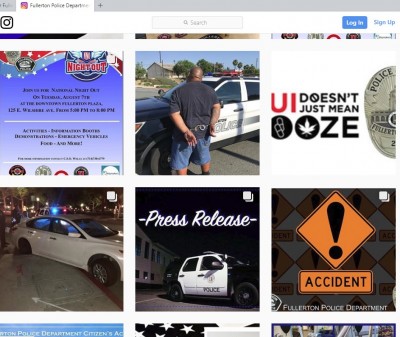 END_OF_DOCUMENT_TOKEN_TO_BE_REPLACED
Posted onJuly 5, 2018About Us
by David Curlee34 Comments on Grand Jury Subpoeneth

Numerous officers within the Fullerton Police Department are receiving Grand Jury Subpoenas like the one pictured below.

Probably not a coincidence that the lucky recipients are, reportedly, the same officers on scene when former City Manager Joe Felz ran over the tree in November 2016. 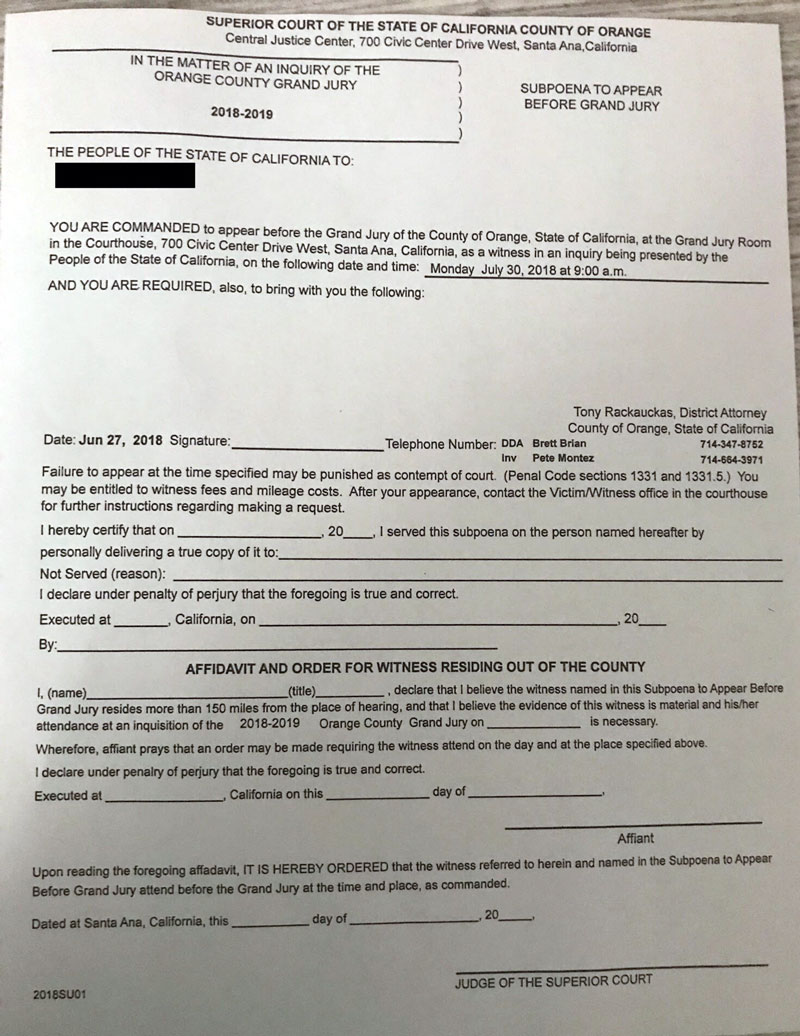 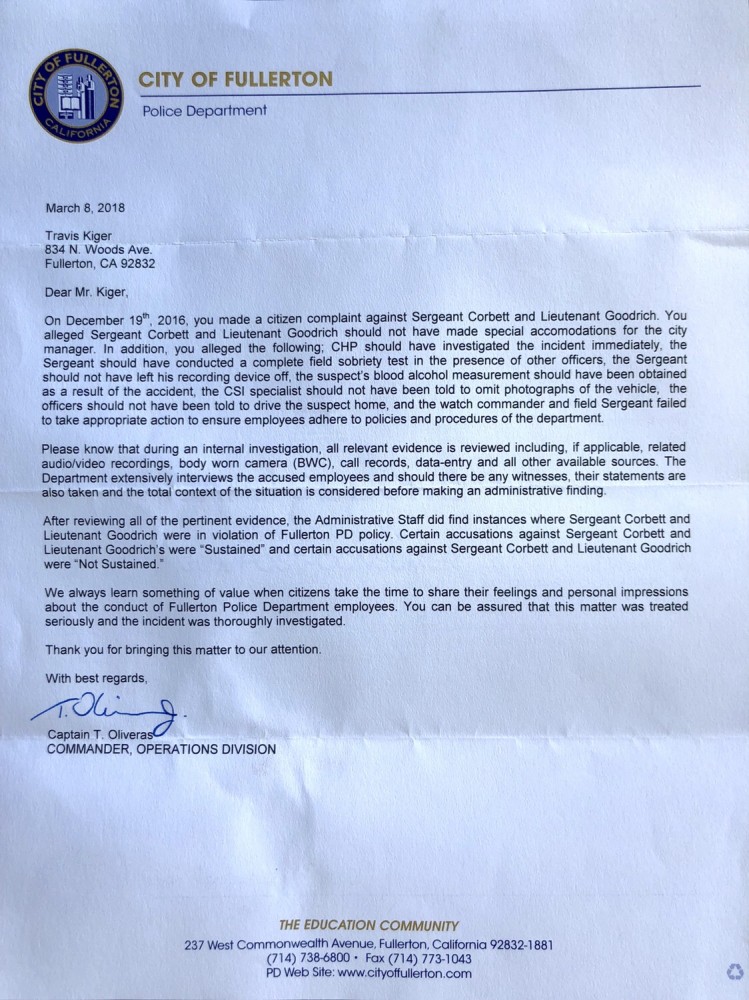 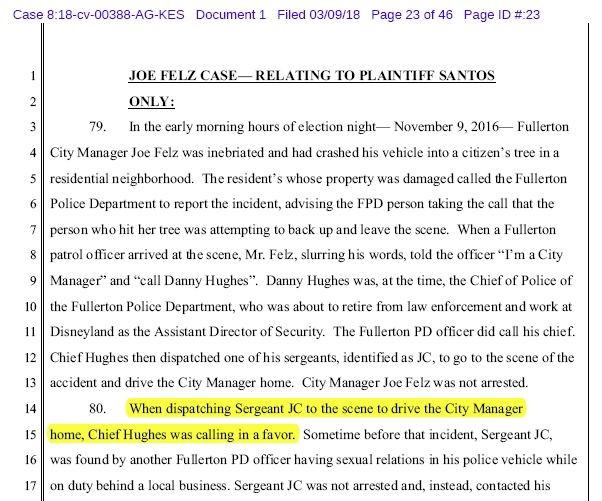 Remember the OCDA investigator who faced the wrath of Rackauckas and his minions for suggesting former Fullerton Police Chief Dan Hughes be charged with criminal obstruction?

Abraham Santos and co-plaintiff Tom Conklin have recently filed a lawsuit in Federal court.  Be sure to read pages 23-24 where it talks about our esteemed former City Manager Joe Felz and his wild DUI ride home.  “JC” refers to FPD Sergeant Jeff Corbett.

The Joe Felz Guilty Plea contains an explicit admission of driving under the influence of alcohol. This is an actual literal signed confession in his own handwriting. This can’t be good for the cops who conspired to drive Felz home instead of hold him to account for his actions. That would be (former?) Sergeant Jeff Corbett and former Chief Dan Hughes.

For those of you having a hard time reading that on your phone I’ll transcribe it:

“ON OR ABOUT 11-9-16 WHILE IN ORANGE COUNTY, I WILLFULLY AND UNLAWFULLY DROVE A VEHICLE UPON A HIGHWAY WITH WILLFUL AND WANTON DISREGARD FOR THE SAFETY OF PERSONS OR PROPERTY WHILE UNDER THE INFLUENCE OF ALCOHOL”.

While. Under. The. Influence. Of. Alcohol.

I need some help here because I cannot for the life of me manage to square that with the following as written by then Fullerton Police Chief Dan Hughes:

“The sergeant conducted the assessment and made the determination that the city manager had consumed alcohol, but did not meet the criteria of 23152(a) CVC. The city manager was driven home and his vehicle was towed.”

Why would Dan Hughes tell our city council that Mr. Felz did not meet the criteria of “23152(A) CVC” only for Felz, 405 days later, to rebuff him and admit to having done just that? It’s almost as if Hughes was lying to the city council and simply hoped this would go away on his way out of the door to Disney.

Let us be clear here for a minute and lay out the details as we know them:

Now ask yourself – In what world does Joe Felz admit, in his own writing on that plea deal, that he was driving under the influence if there wasn’t proof? That must be some damning video that the city refuses to release. Make no mistake here either – the city won’t release the video of the Felz incident unless forced to do so by the courts because doing the right thing is a foreign concept to our local government.

You add to that the allegations from former District Attorney investigator Abraham Santos that the DA wasn’t going to look into the possible criminal actions of Dan Hughes and his cabal of miscreants AND the current allegation that the Sergeant on the scene who administered the “Field Sobriety Test”, Jeff Corbett, was recently put on Administrative Leave over this very case and you have the makings of a conspiracy to subvert justice and engage in a cover-up.

I’ve put in records requests for the video from Felz’s “incident” and it has been denied by the city twice. Once under the old guard and once under the current crew. The legal reason for denying the release is 6254(f) for those who might want to know the minutia.

Essentially the city refuses to release the Felz incident bodycam/dashcam videos because they don’t have to? I don’t know because our City Attorney seems to pride himself on being a pompous ass.

From my conversations on and around this issue it basically boils down to this:

Joe Felz was friends with people and those friends don’t want him embarrassed by his own actions. We simple plebs who don’t live our lives feeding off of the government teat should just shut up and trust that our government is doing the right thing and that they have things under control. No evidence of this will be given because apparently in a Representative Democracy it is too much to ask for our government to prove their worth and not simply demand obedience of the ratepayers.

The trouble here is that the deference that is being afforded to Joe Felz to save him from embarrassment isn’t afforded to the little people who fall under the boot of our same government. Keep an eye on the F.P.D. Facebook Page if you want evidence of the double standard in place when it comes to haves/havenots. Here’s a pretty standard example of the dignity afforded to criminals not the City Manger: 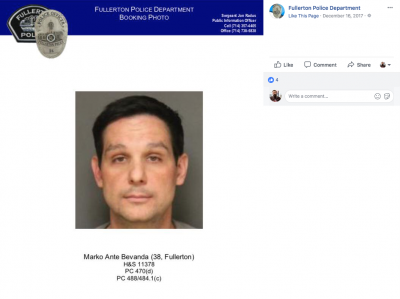 Let that sink in for a moment.

We have proof, in Joe Felz’s own writing, that he drove under the influence. We know from his payment for damages that he hit a tree. It is believed by many based upon photos from the scene that he attempted to flee the scene of the crime. We also know that despite all of this Dan Hughes decided to give him a pass on his criminal behavior despite not giving that pass to countless regular schmucks who mess up less in life. AFTER all of that our Council has not demanded public disclosure. They have not demanded any sort of oversight. And when the Contract for the new Chief of Police came up they opted to delegate their authority away to the position, the City Manger, who benefited from this very case of official corruption. This isn’t just not learning, this is doubling down on stupid.

It’s bad enough that we didn’t get anything positive out of such a terrible situation but we never even got a fight. Seemingly convinced of his own inability to sell an idea to the public or his fellow council members, even a basic idea like good government, then Mayor Whitaker couldn’t even be bothered to agendize anything even remotely relating to oversight or accountability in any facet of our city. To be fair the entire council is complicit in this problem, especially Jennifer Fitzgerald who was Mayor when the incident occurred, but they aren’t all running on their record of transparency for higher office so it needs to be pointed out.

This whole situation would be comedic if it wasn’t so pathetic and sad and infuriating.