We all know that the gears of government grind slowly. Let a common citizen try to initiate some action or other and watch the January molasses flow.

Then, of course if there’s a real emergency – i.e. a need to hush something up, or cover the tracks – things move much more quickly.

Some folks thought it would be interesting to see how the City handled the issue of Sappy McTree, the Glenwood Avenue parkway youngster plowed over by former City Manager, Joe Felz on the night of his Wild Ride. Sappy was sent to the chipper, and a replacement was recently installed. Felz was sent home to spend more time with his family, and a replacement was recently installed.

Here are the relevant docs. Please note the dates. 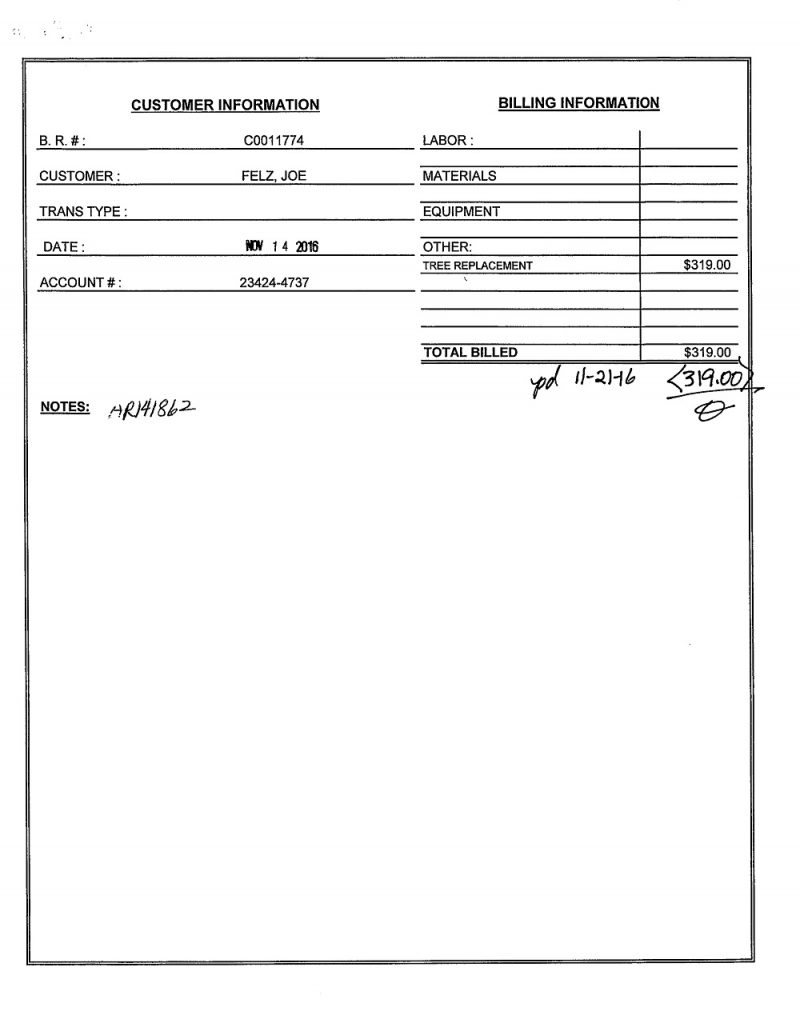 We see that the cost of a new tree and a tree inspector (!) have been billed to Felz on November 14, 2016, five days after the incident. But note the due date – November 15th.  Nobody produces an invoice with payment due in one day. In this case the invoice was produced on a Monday, and the due date on Tuesday. Why? Well, I can only speculate but it sure looks to me like Felz was trying his level best to close out the issue before the city council meeting the next day.

In the end it didn’t matter. Felz got The Phone Call, either from the City Attorney or from Jennifer Fitzgerald herself, advising him to take some time off, and that if he had a parachute, he’d better pack it.

Looks like the bill was finally paid on November 21 – six days late.

15 Replies to “The Tale of Joe’s Tree, or The Day Government Acted Quickly”