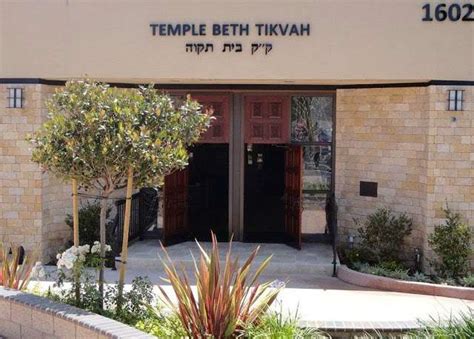 Tomorrow the City Council is going to vote on wether or not a business can help kids with developmental issues here in Fullerton after the Planning Commission voted to deny it.

The story is basically this;

Temple Beth Tikvah here in Fullerton has been up on Acacia for generations – since at least 1971. For quite some time they sub-leased to a Unitarian Church and nobody cared at all about it. There was plenty of traffic and a lot of religious activity and the neighbors never said a thing.

Skip ahead to last year or so and that Unitarian Church outgrew the Temple’s property and moved locations and the Temple then leased part of the property to a company called Sage Behavior Services. In the brief window where the Church was moving out and Sage was moving in – allegedly there was an increase in traffic and a neighbor got big mad about it and started to complain.

The issue finally made to the Planning Department and because zoning is stupid the City told TVT that they needed to have an amendment to their Conditional Use Permit to allow Sage to operate in their residentially zoned space despite the work they do being allowed by the code. The Planning Department analyzed the business Sage was running and following the municipal code they determined that Sage was *most like* a school that helps developmentally challenged kids.

This is when the Planning Commission got involved and got stupid. END_OF_DOCUMENT_TOKEN_TO_BE_REPLACED

A few days ago I broke the story of Fullerton Council member Ahmad Zahra being charged by the OC District Attorney for battery & vandalism. The Fullerton Observer picked up on it and quoted/cited us as the source. Fullerton’s “Father” Dennis then shared the Observer’s Facebook post on the issue and in doing so decided to besmirch my character and call me a fascist and Klansmen.

I was going to let this go with a snarky Facebook post but the more I thought about it, the more I wanted to lay waste to the idea that somebody can get away with being such a total dickbag without response simply by virtue of a fancy title.

First let us put aside the robes that shield him from much criticism because clearly he has ignored their meaning and supposed importance. Despite being a member of the Order of the Servants of Mary (OSM), he forgot that he’s supposed to, and I quote (emphasis added);

“be at the service of God and all people, drawing inspiration from Mary, Mother and Servant of the Lord”

I’m sure Mary, mother of Jesus and Servant of the Lord, would absolutely twist a local blog’s name  (It’s FFFF not FFF or Tri-F) to impugn them as fascists and members of the KKK. Right? I’m positive that passage is in a missing chapter of the Bible which is still locked in the Vatican archives. Maybe not.

Hey “Father” Dennis, on what grounds do you compare me to the KKK? Because I’m white and you don’t like my politics? You offer no other substance so let’s just go with self-loathing racism. It’s all the rage these days with commies and crybullies online so it would track with your politics. Is that the same basis for likening me to a fascist?

The stupidity here is that I’m called these things by intellectual cowards because I think the law shouldn’t favor one group of people over any others and that the State shouldn’t dictate how you live your life. I want you to keep what you earn and for private charity (like, *gasp*, the tax exempt Church) to pick up the slack instead of a useless government that fails on every level. My political ideology is directly opposite of fascism but alas Father Dennis knows as much – or he would if he bothered to get to know the people he insults.

When *I* insult somebody at least I get the insults and facts on which I base them correct.

But no, not “Father” Dennis. Not the savior of the poor who’s so piously busy saving Orange County’s downtrodden by demanding the State steal from you to give to them and attempting to turn a city sidewalk into a third world shantytown.

“Father” Dennis looks to be taking his cues from Communist China and just rewriting biblical theology to suit his personal desires and petty grievances while hoping he can cloak his ugliness in the robes of faux piety.

You cast the first stone here “Father” and unlike so many others around town I’m willing to catch it and throw it back at your smug, sanctimonious, self-righteous ass. 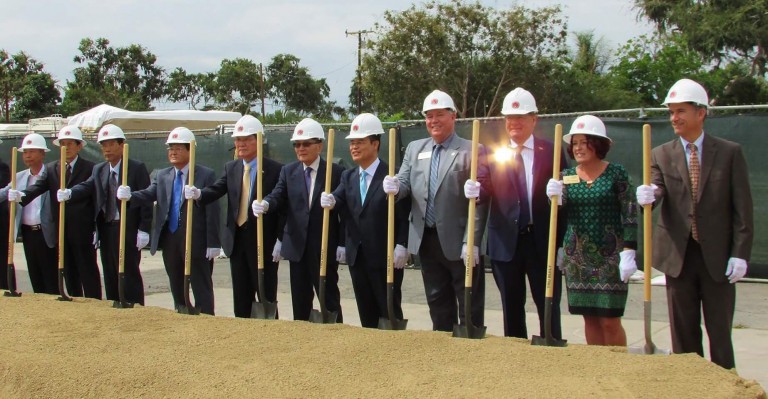 Since at least 2013, Fullerton’s EV Free megachurch has been paying for and hosting a lunch as a gift to City of Fullerton employees. Probably not coincidentally, 2013 is when EV Free congregant Jennifer Fizgerald began her first year on the Fullerton City Council. Last year the event included a tri-tip lunch and “prizes and a raffle to win gift cards to local Fullerton businesses.” These events must cost the church thousands of dollars.

It should be crystal clear why it’s wrong for an organization to buy lunch for city employees, one or all. This church frequently petitions the city on land use issues, and it even hires city police to manage its parking. If a business like Chevron or Red Oak Development or Renick Cadillac tried to glad hand City functionaries and employees like this, the public would be outraged. It is a clear conflict of interest for city employees to accept gifts like this.

For its part, the church ought to revisit Scripture as it relates to Pharisaical behavior. I don’t remember Jesus Christ or his disciples buying lunch for the Romans, but then Jesus didn’t have two denarii to rub together.

However, it is not our business to tell a church what to do, although we may well look askance – as when a Grace Ministries’ representative stood up at a public hearing and claimed his church’s members supported the bar owners’ districting map.

The action of the city government, led by City Manager Joe Felz, in accepting these gifts, is appalling and not only exhibited a complete lack of judgment and awareness, but placed the City in the position of a gift-receiver from an entity that does substantial business in Fullerton. If an individual were the sole recipient of this largess questions of integrity would immediately follow. That Joe Felz entangled the people of Fullerton in this situation is deplorable.

And where has our City Council been on this? MIA, as in so many other things.

Yesterday, one of our Friends shared a rather entertaining video clip of our lobbyist-councilwoman Jennifer “SparkFitz” Fitzgerald unburdening herself of thoughts at Grace Winter Fest. Her interlocutor is Sam Han, her former Planning Commission appointee, and the guy who stood up and said his church, Grace Ministry International, supported the bar owner’s council districting map.

Yea, verily, the Lord sure moves in mysterious ways, doesn’t he, Sam.

Poor Jen, has lost her pals in City Hall – her bureaucratic enabler, Wild Ride Joe Felz, and her political enabler, the obnoxious Jan Flory – both of whom “had her back;” or to be more accurate, both let her get away with her cultivation of out-of-town developers and her protection of the moral and economic sinkhole that Downtown Fullerton has become. Well, God is good, says the lobbyist, and her recent depression over the rather cavalier way The Almighty has diverted her control of City Hall must be for some greater purpose. Her depression has turned to excitement. Hallelujah! Almost a miracle!

Did you enjoy the end where the unctuous Han asks the audience (most of whom probably didn’t have a clue what SparkFitz was talking about) to “get excited with her?”