It’s funny how true the old saying, “birds of a feather flock together” really is. I just received this video clip from a Friend who remembered that Harry Sidhu was recently crowing how he had received the endorsement of Congressman Gary Miller. Watch this video and decide for yourself if you believe Gary Miller is as corrupt as CREW (Citizens for Responsibility and Ethics in Washington) believes he is.

Sound familiar? It should. Harry Sidhu also used to list Municipal Water District Director Brett Barbre and County Treasurer Chriss Street as his proud endorsers. We busted Barbre getting a $48,000 do-nothing payoff from Tom Daly, and then kicking back $1000 to Daly’s campaign; and Street recently got busted by a judge for misusing a bankruptcy trust fund. See a trend?

Both Barbre’s and Street’s names have mysteriously disappeared from Sidhu’s list of “honorable” supporters. How long will it take for Gary Miller’s named to be scratched? And will we soon discover that Sidhu has no ethical followers, at all?

We found out today that Wayne Quint, the head boss of the Deputy Sheriff’s union is quitting – supposedly to take a job at the State. Well the State is so effed-up it’s hard to imagine anybody making it any worse, even somebody with no identifiable job skills.

Or judgment. Consider Quint’s ill-conceived plan to spent hundreds of thousands of bucks to support the carpetbagging assclown, Harry Sidhu. Apparently Quint was so scared of Shawn Nelson that he was willing to squander a fortune of his member’s dues on the boob Sidhu.

Come to think of it, maybe his members will be glad to see him go, too.

It addresses a possible Third District candidacy of Chuck Devore, the over-aged boyscout from Irvine and his chances against Todd Spitzer. 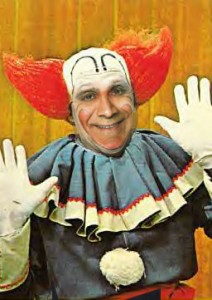 END_OF_DOCUMENT_TOKEN_TO_BE_REPLACED
Posted onMarch 3, 2011March 3, 2011Behind Closed Doors
by admin13 Comments on Der Pringle Creeps Out of Shadow, Into OCTax Light

We got wind of a press release put out the other day by an organization called “OCTax,” an organization that purports to be an advocate for taxpayers, yet in actuality is little but a vehicle for political endorsements and self-promotion of its president and officers.

So naturally Anaheim’s former Mayor-for-Hire Kurt Pringle would be a great Chairman of this operation. This greatness has been thrust upon him at an annual general membershp meeting. Now he won’t have to pull the strings from behind the curtain.

Another officer includes Pringle Pal Lucy Dunn, who seems to be intent on using any organization for her own self-promotion.

The best part of the press release is the description of the 29 boardmembers of this entity, a group that endorsed the unendorsable Pringle Puppet, Carpetbagging Haibag Sidhu – which not only reveals the moral lassitude of this endorsement-for-pay operation, but its practical incompetence, too, since Hairball went down like the RMS Titanic .

These Board Members represent a wide variety of private companies, public agencies and non-profit organizations throughout the county.

Holy Politburo! “Public entities and non-profit organizations” represented in a tax advocacy group? Well, folks, that tells you just about all you need to know about OCTax. Stay tuned in 2011 for big ARTIC and high speed rail sink hole boosterism, and in 2012 for an endorsement slate that best fits Der Pringle’s vision for his own healthy revenue stream.

END_OF_DOCUMENT_TOKEN_TO_BE_REPLACED
Posted onFebruary 27, 2011February 28, 2011About Us
by Grover Cleveland28 Comments on Dan C and Art of Careful Reporting

Quite recently Dan Chiemlewski of the deadly boring LiberalOC blog put up a post about censorship and civility or something. I noted this pearl from the self-righteous and sanctimonious Dan C., who styles himself a real reporter:

Comments on FFFF are a free for all and so is sock puppetry (thanks guys for that visit to my home by the Anaheim Police Department on the day of my son’s graduation for a comment by a “Dan Chimichanga-Cub Reporter” who threatened to cut Harry Sidhu’s brake lines.  I’m sure you found it hysterical),

Sidhu better check his brake lines every time he gets into a car between now and November. That’s all I’m saying.

Now the context of the post (and others like it at about the same time) were all about how Dan Cs carpetbagging darling Lorri Galloway had vaulted back into third place in the 2010 4th District Supe’s race. Mr. Cub Reporter got the message and commented: if Hairbag Sidhu were to pull out of the race, then Anaheim Hills’ Precious Princess might assume the second position in the fall run off against Shawn Nelson. Hence the warning about brake linings was a snide shot at Galloway’s vaulting ambition perhaps playing out by disabling one of Hairball’s BMWs. That’s perfectly obvious to anyone who put the comment in context. It was joke.

Okay it wasn’t very funny, but it sure wasn’t a threat. And anybody who tried to make it into one was either disingenuous or a damn fool. And anybody who keeps persisting in this nonsense is deliberately lying. Not the sort of behavior you’d expect from a proud member of the OC journalism corps. Come to think of it I wonder what part Dan C. might have played in reporting that alleged “threat” to the Anaheim PD in the first place.

This picure was just too fun not to give a second pass. Enjoy the image of two eerily look-a-like carpetbaggers and scampaigners.﻿

With much hullabaloo, the OC District Attorney’s PR machine announced the first mobile application “ever launched by a prosecutorial agency.” A dubious use of taxpayer dollars, sure. But there’s more to this app than just Rackauckas’ duplicitous grin.

An FFFF staffer who installed the T-Rack app immediately discovered an alert indicating that the DA was seeking out his current location via GPS and cell triangulation. Hey, that’s pretty creepy!

Of course, the irony of the DA’s mobile intrusion is not lost on FFFF. Remember when his bumbling prosecutors couldn’t manage to track down Supervisorial hopeful Harry Sidhu after he lied about his residence at the lovely Calabria apartments in Anaheim? We even got real Private Eye to gather the evidence and draw him a map. It was a slam dunk.

But even with the goods sitting right under the prosecutor’s nose, Anaheim’s craftiest carpetbagger still managed to elude justice… at least until the voters finally caught up with him.

Back to the app: I’m not sure what the DA really had in mind with this little gimmick, but experts generally agree that it’s best to keep The Man as far away from your cell phone as you can.

We just received the following note from a visitor named “Otis T. Jacksone”:

In a belated blow to Linda Ackerman and Assclown Sidhu supporters, the Illinois court ruled that residency requirements are enforceable and Rahm Emanuel is therefore ineligible to run for mayor of Chicago. After years of rulings that created all sorts of loopholes in the 130 year old Illinois law, the supremes employed a little common sense and removed Emanuel from the ballot due to the fact he had lived in D.C. for the prior year. Illinois law requires a candidate to live in the district for one year before the election.

California should take note. The California constitution has long required a candidate to be a resident of his district one year prior to filing. The Sidhus and Ackermans of the world have ignored the law feeling it was unconstitutional. Maybe Illinois is on to something. No Carpetbaggers!

END_OF_DOCUMENT_TOKEN_TO_BE_REPLACED
Posted onNovember 8, 2010Dead heads
by admin48 Comments on On The Road, Again 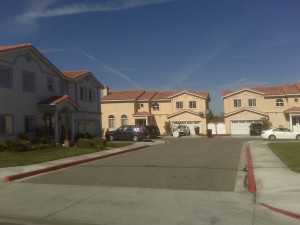 We just received a present from a Friend. Last week one of our keen-eyed observers snapped this picture of moving day at the Sidhu residence on Lucky Way – a day or so after his latest humiliation at the polls.

Who knew you could empty a two-story 3000 square foot house using a little pick-up truck? Click on the image for a closer look.

An apt symbol of the completely futile and humiliating 4th District supervisorial campaign of Hide and Seek Harry Sidhu, perjurer, carpetbagger, and assclown.

Sidhu started out 2010 by lying on two voter registration forms about his completely phony “residency” at the Calabria, a crappy stucco box owned by a buddy on Lincoln Avenue, in West Anaheim. We blew the whistle on that fraud.

Later we were treated to the spectacle of Hairball pretending to move into a second 4th District crib – in a marginal neighborhood across the street from Garden Grove. 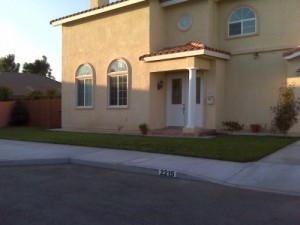 Sidhu then decided that his new abode virtually required him to run for the GOP Central Committee for the 69th Assembly District – yet another district in which he didn’t live. He stashed a campaign worker into fake residence #2 to make it look legit.

The Boss filed a complaint with OC’s top cop. The DA turned a blind eye, claiming that for all he knew Sidhu meant to live there until he changed his mind, a lie made evident by Sidhu’s registration BEFORE HE EVER MOVED SO MUCH AS A FUTON INTO THE PLACE.

Oh how the ‘pugs tried to confuse the issue! Matthew J. Cunningham claimed the purported length of tenure was too short to matter and immediately changed the subject.

Meanwhile, Sidhu assembled a veritable rogues gallery of supporters who thought they could get something out of a Sidhu victory. Other ‘pug hangers on were hired by Sidhu’s squad to attack Nelson. We had a lot of fun with one in particular, some cretin from Santa Ana named Thomas Gordon.

And Sidhu was a long way from being finished. Act II was on the way.

Sidhu’s numerous and manifest assclowneries culminated in a performance at the GOP nominating meeting that was so jaw-droppingly pathetic that some folks were actually looking around for a humane dose of sodium pentobarbital.

The unions poured over a million bucks of their members’ dues to get Sidhu in office, but the effort was a tough sell. No matter how hard somebody tries to sell you a vehicle, sometimes you figure it’s better just to get out and walk.

The June Primary rolled around and the inevitable occurred: Fullerton’s Shawn Nelson just about cleared the field. The only thing left standing was a pathetic, grinning buffoon who was too stupid to realize he had drawn the ultimate booby prize: a runoff election in November against Nelson. And the folks who actually lived in the 69th Assembly District humiliated Sidhu by asskicking the assclown into last place in the Central Committee election.

Sidhu was mercifully quiet for a couple of months. Then his new campaign manager, Chris Jones, a tool of the worst OC repuglicans tried to salvage Curt Pringle’s and John Lewises rotten investment.

It didn’t work. How could it? Another drubbing. Chris Jones said it was because they just didn’t have enough money. Right. A bozo who keeps peacocks and dinosaurs on his “elegant estate” couldn’t cough up the dough. Didn’t Sidhu say that money was no object back in June? No, the real problem was the product. Unsaleable at any price.

The final numbers aren’t in, but the results are crystal clear: Shawn Nelson 63%, Hairbag Sidhu 37%. A twenty-six point break.  And a wonderful public service was rendered by Nelson that is so valuable we can’t put a price on it – sending Sidhu to the electoral showers.

Will Sidhu be back? A pathetic egomaniac like this is hard to get rid of. But one thing we can guarantee: he will never bother the Fourth District again.