Someone once said there is no such thing as bad publicity. I’m not sure about that.

There’s no denying it. Until Zahra shows some proof that he was exonerated as he claims, his criminal record is now history.

Slimy politicians trying to buy votes is nothing new. It should be illegal. Hell, it probably is. Orange County Supervisors do it out of their offices all the time and always have. But this effort from the rodent-like Doug Chaffee, our man in Santa Ana takes the proverbial cake.

I have no idea how many of his constituents would want to do anything with Chaffee, but I bet there aren’t many. But Chaffee’s unpopularity isn’t the point. The point is people working out of a public facility doing campaign work is illegal. And that’s exactly what this.

Presented without comment, a newer model Jeep parked across the street from the Fullerton Police Department, providing a heartwarming reminder about what public service is really about: 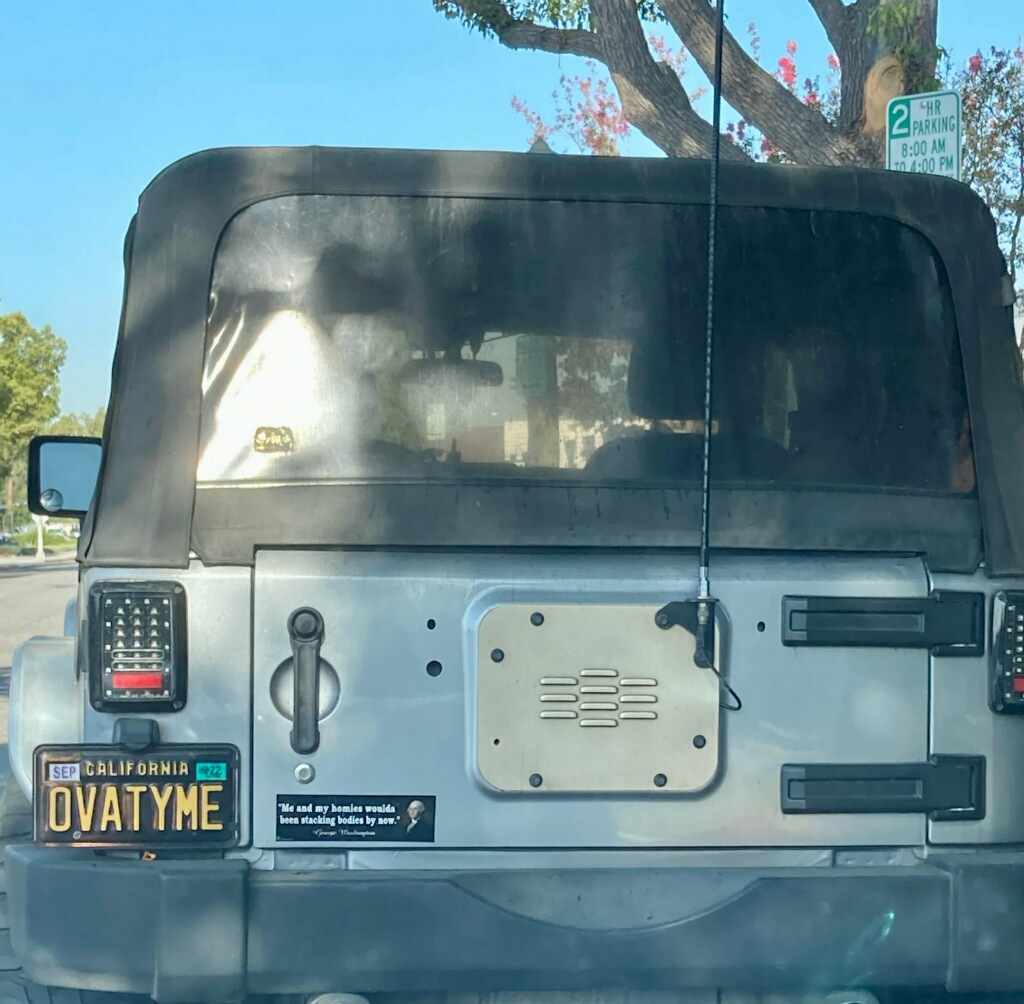 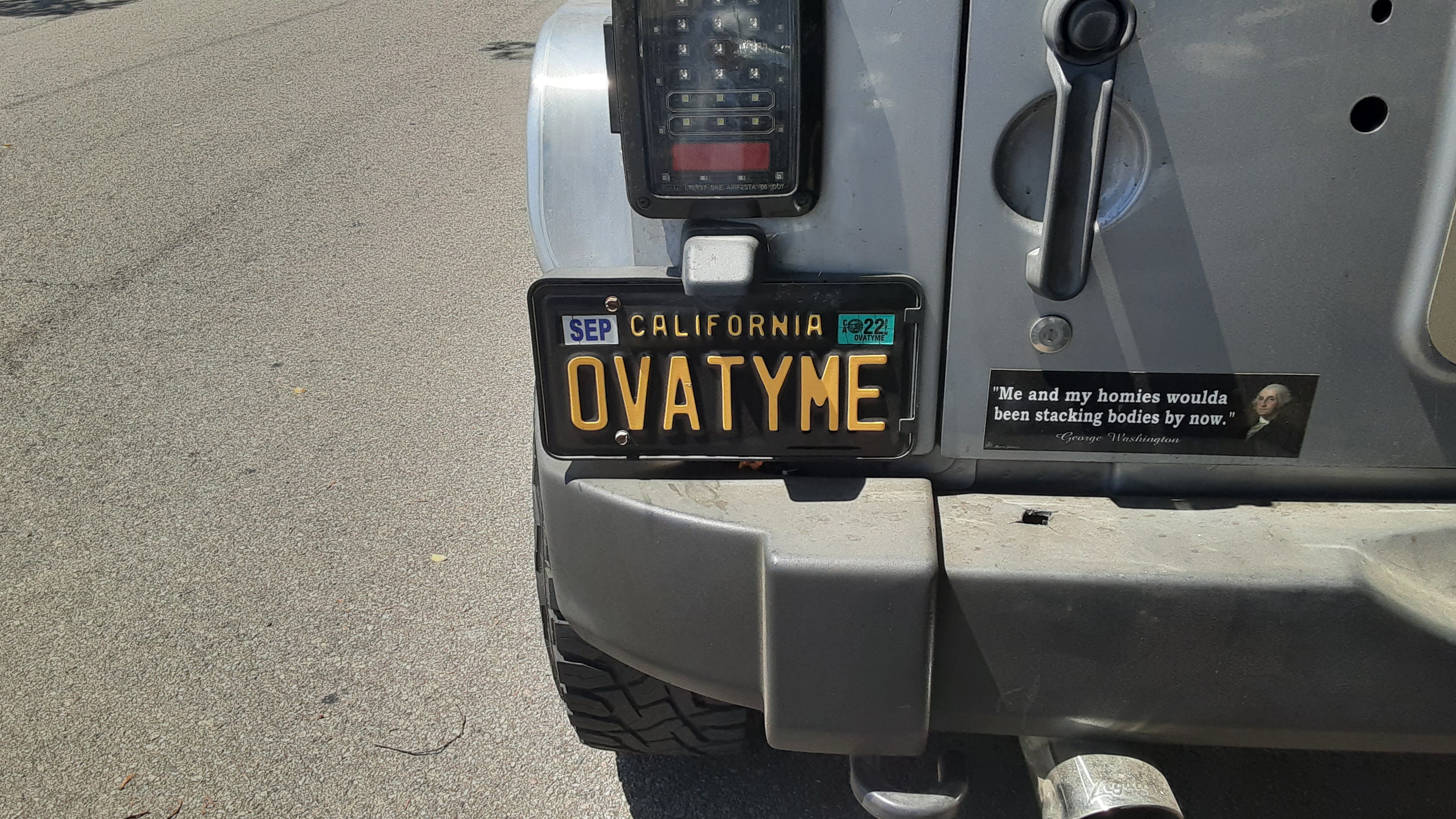 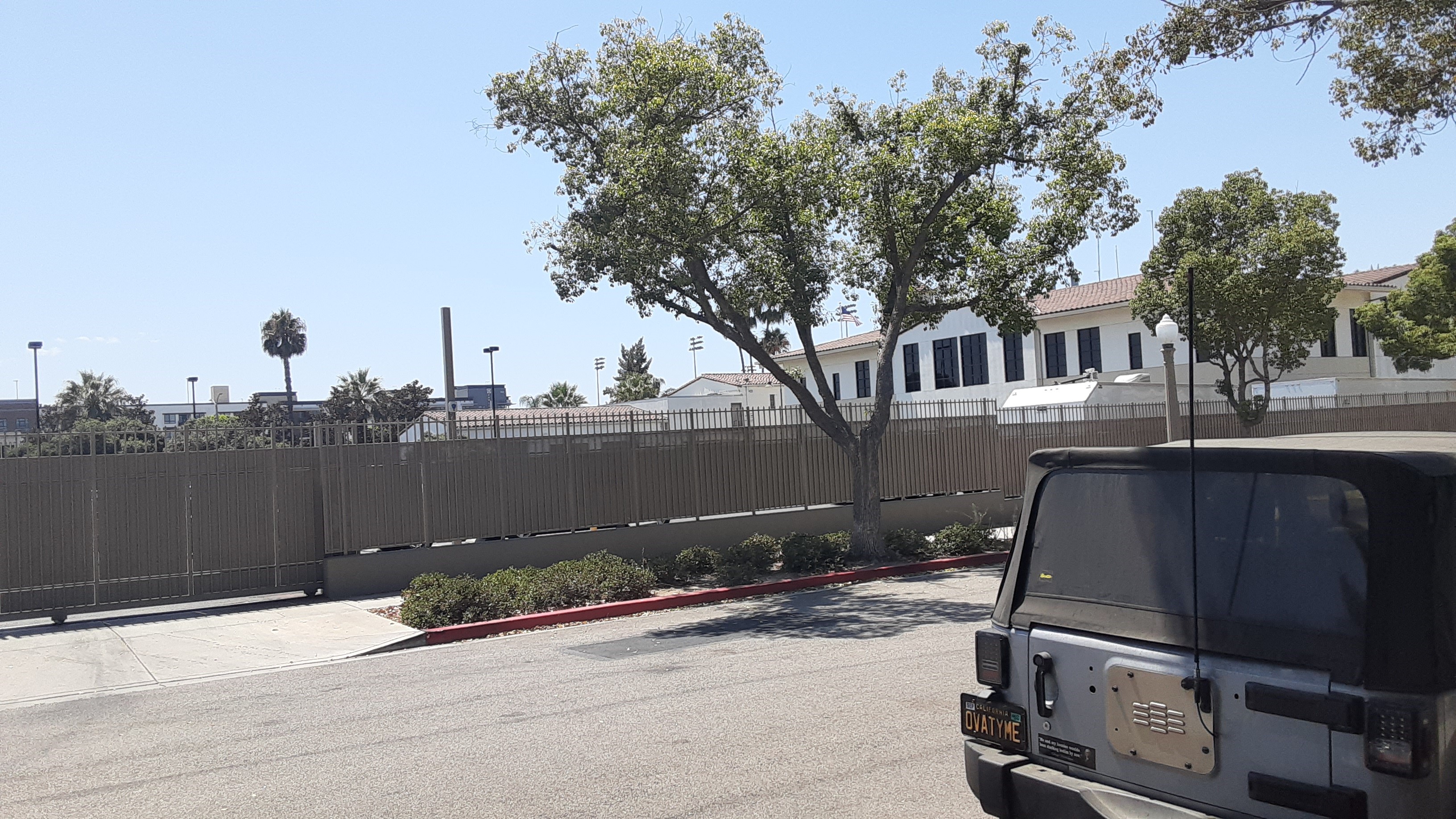 In Fullerton City Hall, nothing is forgotten quite so quickly as the past, particularly if that past includes malfeasance, misfeasance, incompetence or prevarication.

That’s why FFFF has made it our mission to remind folks about such egregious rip-offs as the Saga of the Florentine Sidewalk, in which a sleazy restaurant put a room addition on a public sidewalk and got away with it.

Here’s the now relevant part: The disgraced Florentine & Co. quit Fullerton last year, and the building’s owner, Mario Marovic is in the process of remodeling the exterior and interior of the building even though he doesn’t yet have the proposed CUP – so he must be pretty confident he’s going to get it. The matter comes to the Planning Commission tonight.

The staff report, as usual, is full of irrelevant crap, and completely ignores the the theft of the sidewalk, a land grab that was eventually made legal by a revised lease – with Florentine. The report also shares Marovic’s plan for the corner space at Harbor and Commonwealth, keeping the permanent structure built by Florentine!

Now that’s not very good, is it.

I doubt if anybody on the Planning Commission remembers the sordid history of this building, and you can be sure that no one on staff remembers or cares to remind them. But now is the time to get this sidewalk back!

Starring former Fullerton City Manager, Joe Burt Felz who got drunk on Election Night 2016, drove over a tree, and tried to escape from his own cops. There is something sort of pathetic about Felz, errand boy and water bearer for Jennifer Fitzgerald, saying over and over that his turn blinker wasn’t working and how he became befuddled, until one of his own policemen tells him to stop yammering about it.

As one of the cops said: “it’s the Chief’s call.” Subsequently Chief Danny “Gallahad” Hughes lied to the Council about the affair even as Felz tried to quietly pay for the tree and move on.

The City of Fullerton tried for years to keep this under wraps because it implicated our MADD rewarded police themselves in incompetent and illegal activity. FFFF sued the City to get the videos, and in retribution two bloggers were personally sued by the City for legal activity, a lawsuit that cost the taxpayers hundreds of thousands and that finally exonerated David Curlee and Joshua Ferguson.

END_OF_DOCUMENT_TOKEN_TO_BE_REPLACED
Posted onOctober 31, 2021October 31, 2021Ahmad Zahra
by Joe Sipowicz29 Comments on The Joe Felz Case and the Culture of Corruption

Before we publish the unedited video of our former City Manager, Joe Burt Felz, arrested for drunk driving, only to be taken home and tucked into bed by his own MADD recognized cops, let us share some highlights of the video as shared and analyzed by FFFFs own Joshua Ferguson. Ferguson was the target of a vindictive and highly expensive lawsuit courtesy of the City’s “I Can’t Believe It’s A Law Firm” of Jones and Mayer. And so it is appropriate for Joshua to remind us what happened – and to remind those not paying attention that the Felz catch and release was a far from isolated case of malfeasance by our police department and our esteemed leaders in City Hall.

There is no no doubt that Danny “Gallahad” Hughes lied to the City Council about Felz, and that the cops knew doing the right thing was professionally dangerous.

As Ferguson says, if there is a lesson to be learned in this long train of corruption, you can be sure that Councilmen Ahmad Zahra and Jesus Quirk Silva haven’t learned it. They voted until the bitter end to keep the moribund lawsuit against FFFF staggering along.

The Fullerton police say they have nabbed the suspect who stabbed and killed a homeless man on south Fullerton’s “recreation trail” a few nights ago. The suspect’s name is Abigail Jorge Gonzalez-Castillo, a 29-year-old male from Fullerton, which sounds weird since I have never heard of a man with the name Abigail.

Anyway, the cops believe they have their man but at this point we don’t have any other details, such as if the two – victim and alleged killer – knew each other, and why both happened to be recreating on the “trail” in the wee hours of the morning – one seemingly passed out and the other wandering by. Apparently these gentlemen were unaware that Fullerton parks and trails are closed at night.

The City seems hell bent on expanding recreational facilities in the unsafest part of Fullerton, but this incident and the subsequent arrest will have commonsensical people asking whether this concept isn’t intrinsically flawed. Too bad commonsense and Fullerton City Hall are two nouns rarely used in the same sentence.

An observant Friend just shared a link with FFFF about an item that caught his eye. Apparently Joe Florentine, the subject of many posts on FFFF is seeking a new gig. Here’s his entry on LinkedIn:

Now, FFFF is not a jobs center and neither are we job recruiters. But damn! I know talent when I see it, and this guy has it in spades.

Now, I’m not going to show this upstanding citizen’s whole resume, because, humble and self-effacing as Joe is, he omitted to share some real ability. I’ll help out.

Sometime on Sunday night or early Monday morning a man was stabbed to death on the old Union Pacific right-of-way where it crosses Harbor Boulevard.

The cops are investigating the crime to see if they can figure out who’s who and what’s what. The Friends may draw their own conclusions as to the likelihood of a successful investigation. Fortunately a building owner has equipped himself with surveillance video cameras that captured the grisly death of the victim. Maybe the FPD can make something out of it.

I think this would be an excellent time to consider the site of the murder – one end of the desolate strip where our crack parks staff wants to spend two million bucks on a “recreation trail,” because…well, just because. Naturally all the patronizing lefties want to describe the idea of a linear park as just the ticket to revitalize the industrial uses on either side; something “nice” for south Fullerton.

Once you bother to peel back all that nonsense, the reality stares back at you: this is no place for anybody to be wandering around, especially kiddies, females and the unarmed. Of course our staff and City Council deal in abstractions, having accepted the grant money there will undoubtedly be bureaucratic lust to waste it – somebody else’s money. I seriously doubt if any of them have even bothered to walk along this strip, especially at night, to see that the idiot gesture of putting a trail there wouldn’t result in anything “nice” at all.

The Florentine Mob may be gone; the douchebag Jeremy Popoff has popped off somewhere; but the battlefield known as Downtown Fullerton – created and nurtured by our own government is still in fine form. And by fine form, I mean gunfire.

The FPD has announced that it has apprehended one of our stand up DTF patrons who allegedly fired shots a the JP23 “restaurant” following an altercation therein.

Somebody got shot. Here’s part of the cop’s statement (self-congratulatory bullshit omitted):

On Tuesday, July 6, 2021, at approximately 1:03 AM, Fullerton Police Officers responded to 101 S. Harbor Boulevard, JP23 Urban Kitchen and Bar, regarding a subject who had been shot.

Upon arrival, Officers located a 24-year-old male with a single gunshot wound. Officers immediately rendered aid to the victim, and he was transported to a local trauma center. It was determined the gunshot wound was not life-threatening and the victim was expected to survive.

So once again the establishment known as JP23 finds itself in the middle of crime, although most of the crime at this place comes from the refusal of the owner to obey the Fullerton Municipal Code and his own Conditional Use Permit.

Oh, well. I guess there’s a certain amount of psychological reassurance that some things just don’t change. And mayhem in Downtown Fullerton appears to be one of them.