Skip to content
Posted onMay 25, 2011May 25, 2011Brick Veneer, Fake Old, And Other Horrors
by admin28 Comments on Will Fullerton Go Green? No 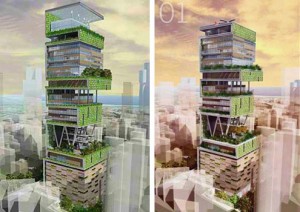 END_OF_DOCUMENT_TOKEN_TO_BE_REPLACED
Posted onJuly 24, 2010Arts & Architecture
by admin20 Comments on “Would you support our efforts to make our neighborhood historic?”

I received this post from a Friend who wishes to remain anonymous for reasons that you may understand after you read this post.

Think historic neighborhoods. Immediately, one’s mind goes to such places such as Bungalow Heaven in Pasadena, Harper’s Ferry, West Virginia and others where houses, landscape, and layout reflect a distinct architectural coherence.

What we don’t think of is the hodgepodge of homes built over a span of more than fifty years within the boundaries of Skyline, Frances, Luanne, Canon and Lemon here in Fullerton. True, the neighborhood has a sort of charm. But this four block area (oddly denuded of trees) doesn’t fit the definition as historic.

Yet, for over twenty years, this neighborhood has been besieged by a small but persistent group to designate itself as such. The original movement came about when a neighbor (who has since moved away) decided the mix of 60’s ranch homes, 30’s Spanish Mediterranean  and 80’s boxes needed to be protected.

Why? Because the empty lot behind her house, which she had enjoyed as her own personal open space, was going to have a house built upon it.  This led to a movement asking for historical designation, with one very vociferous neighbor putting out a letter decrying such crimes as pink flamingos in yards. It ended when a flock of roving pink flamingos went from yard to yard, to rebuke this snobbishness. It was clear then, as it is now, that the historic designation is more to control everything from the color of homes, the installation of skylights, solar panels, to pink flamingos in yards.

In more recent years, the issue was raised again when a member of the Fullerton Heritage group moved into the neighborhood.  This woman could often be seen taking photographs of her neighbor’s homes. She personally crossed the boundaries of neighborliness by posting a photo of one on their website as an example of “muddled and conflicted” architecture. Battle axes were raised when during a neighborhood meeting, an argument ensued. This busybody sat in the back, mute –rendering herself all but invisible. At no point did she offer any explanation why this issue meant so much to her that she was willing to pit neighbor against neighbor.

The reasons for not wanting this ridiculous designation are simple.

1.     There’s no consistent architectural coherence in the boundaries of Lemon, Skyline, Frances, Luanne and Canon. While there are individual examples of historically significant architectural styles, as a neighborhood – it lacks consistency and coherence.

2. It would give Fullerton Heritage – and the City Planning Department far too much power over our neighborhood. Note, they already have ultimate veto power over designs submitted to the city for everything from new development to remodeling in other neighborhoods designated as a historical zone. In one neighborhood, they vetoed the homeowner’s request to install a skylight. Such oversight is petty, and subject to the changing whims of the board.

3. This will lead to more “fake old” McSpanish architecture. Another uninformed member of the Fullerton Heritage group noted at a meeting at Hillcrest Park that she thought the predominant style in the neighborhood should be “Spanish Mediterranean,” whatever that means.

4.     The $1000 fee for the designation doesn’t even begin to cover the costs of actual staff time. In addition, this doesn’t cover the costs of ordered revisions by the owner’s architects or engineers. Fees like this are never gotten rid of, rather, the fee could be raised and the neighborhood would have no control over the amount they have to pay.

5.     The city of Fullerton has a permit process already in place. This is an added layer of bureaucracy with not only more additional staff time needed, but oversight from an outside organization (Fullerton Heritage).

6.     A small cadre of neighbors has already been vociferous to the point of rudeness about things they don’t like: the color of a neighbor’s home, plantings, flamingos, and more. Worse, their gossip has hit people in ways that have become personal. While we realize they are voicing their opinion, we’d hate to give them permission to authorize or disapprove on any official level.

At some point one must work with and trust the neighbors.  Most of the neighbors who support this notion have lived in the area for 40 years without the intervention of the city. Why they think they should leave future generations with a law to be enforced long after they have enjoyed their own latitude –is for reasons of ego.  While the notion of a historic neighborhood seems appealing, in reality it is cumbersome, vague and will leave future homeowner’s with no choice but to deal with more government and bureaucracy. It was clear twenty years ago as it is now:  these people need to get a life.

All we can do is work with one another, and be neighborly but not meddlesome.

END_OF_DOCUMENT_TOKEN_TO_BE_REPLACED
Posted onSeptember 28, 2009January 4, 2010Fullerton's Design Standards
by The Fullerton Shadow19 Comments on Give It Back. Now.

We received an e-mail the other day from a Friend calling herself “Lady Artist.” It was a good letter and it made some excellent points so we agreed to publish it.

The City of Fullerton has proven to be a faithless custodian of a modern architectural gem. I have come to the conclusion that the best fate of the building that has come to be known as the Hunt Branch Library is to give it back to the Norton Simon Foundation or, at least to someone who will appreciate it.

William Pereira designed this building in concert with a larger, integrated development; a site plan that included the Hunt Administration Building and coordinated landscape that included a reflecting pool and “floating”  concrete slabs and steps. Over the years the property has been partitioned by a fence, the reflecting pool filled in by its new owners, with new and comically bad architecture burdening the site. Perhaps most insulting of all, the City has put a “bark park” on the grounds next to the library.

A bark park. Great for dogs, insulting for a work of art. Unless by art you mean a group of dogs playing poker.

I believe that almost anybody would be  a more reliable guardian of this building than the City has shown itself to be. The homeless people who camp out under the extended roof seem to appreciate it more than the City does.

I also believe the present location for a branch library couldn’t be worse. It is not well known, and frankly, I question the number of users claimed by the Library itself in its annual counts. Why continue to fund a branch library at this near-hidden location when neither north nor east Fullerton have branch libraries at all; not to mention that the existence of the Hunt Branch would probably come as a complete surprise to most west Fullerton denizens? But these are separate issues in themselves, and I digress.

For years I’ve heard all this weeping and wailing about how Fullerton could have had the Norton Simon Museum. Why mourn that? Fullerton doesn’t deserve it. Never did. The inescapable evidence is on display at the Hunt Branch every day of the year.

Let’s give it back to Norton Simon, with our thanks; and our apologies for not recognizing the architectural legacy that he gave us.

Thank you, Lady Artist, for a thought-provoking piece.

A Taste of Sunny Hills

Bring your family and join us on the Sunny Hills campus for:

– A special “KidZone” sponsored by the agriculture department with carnival games and a petting zoo. Jamba Juice will be available in the “KidZone” along with kettle corn and a “candy store.”

– “Reunion Row,” a special place to reconnect with classmates from years past and relive high school memories.

– 50th birthday cake will be served with coffee provided by Starbucks.

Admission for the event is free.

Concrete structure, steel framed windows both on the north and south sides of all the classroom buildings were built to last; a great cantilevered roof design  provides ample shade while still allows natural light and ventilation to pass through thus not needing HVAC all the time. 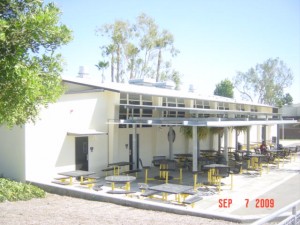 The roofs have the perfect pitch and design to accept solar panels for future conversion. When I found out that SHHS opened 50 years ago today, it confirmed the theory that good design will assure that buildings will last for as long as the materials they were built out of will let them.

The new school just around the corner is just 5 years old, and is already starting to fall apart – but more about that in a separate post. 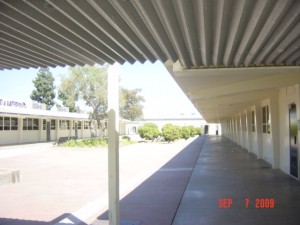 UPDATE: THE CITY COUNCIL IS SCHEDULED TO TAKE UP THE MATTER OF THE PARKING STRUCTURE AND ITS DESIGN AT TODAY’S MEETING. SINCE WE REPORTED ON THIS ISSUE CITY STAFF HAS REFUSED TO CHANGE ITS LUDICROUS POSTION THAT THE FAKE BRICK SOMEHOW SATISFIES SOME SORT OF CEQA REQUIREMENT – EVEN THOUGH WE HAVE COMPLETELY DEMOLISHED THE MYTH OF BRICK AND REALITY OF BRICK VENEER IN DOWNTOWN FULLERTON.

SUCH A LAME APPROACH INSULTS NOT ONLY OUR AESTHETIC SENSIBILITIES, BUT IT ALSO TURNS THE WHOLE ENVIRONMENTAL REVIEW PROCESS INTO A CHARADE THAT JUST SECURES FOR STAFF WHAT THEY WANT: BRICK VENEER.

They just can’t seem to help themselves. Not long ago the City held a “stake holder” gathering that was supposed to display three alternative plans for the proposed new parking structure on Santa Fe Avenue.  No sooner had the meeting begun than it became apparent it was going to be one of those typical  “here’s what we’re doing so sit down and shut up” meetings.

The image above shows what the City wants the building to look like. The architectural elements look okay except for the hideous brick veneer – that tomato soup colored stuff you see on the building. Brick veneer. The lazy Redevelopment bureaucrat’s material of choice. We recently wrote about it in a pithy post here.

Why would anybody put a brick veneer on a concrete parking structure? Who would put lipstick on a pig? Brick panels spanning impossibly long spaces look simply idiotic – even to the layman who could sense intuitively that brick has little tensile strength; but unfortunately this type of masquerade is par for Fullerton’s aesthetic course – displaying once again the curious parochialism of Fullerton’s taste makers.

But brick veneer is not only stupid architecturally, but is a big waste of money, to boot. And it contradicts the General Plan Advisory Committee’s adopted “sustainability” policy in the General Plan Update, since it serves no function and will have to be replaced when it falls off.

Fortunately it’s not too late to make the right choice here. But we’re not holding our breath.

END_OF_DOCUMENT_TOKEN_TO_BE_REPLACED
Posted onMay 8, 2009Modernism in Fullerton
by admin6 Comments on Modernist Realtor Promotes Museum Exhibit; Good To See Others Get It, Too 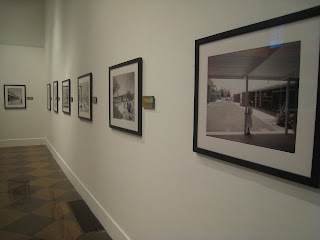 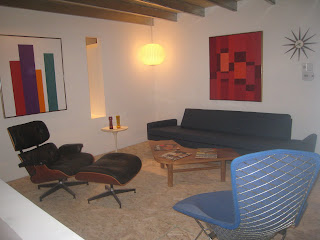 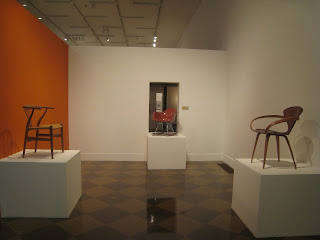 My husband and I attended the opening night reception of Fullerton Museum’s new Forever Fullerton exhibit featuring the classic photography of world-renowned mid-century architectural photographer Julius Shulman. This was an especially exciting treat since I’ve admired his iconic images for years. But what made it even more special was the exhibit was comprised entirely of photos he took here in Fullerton during the 50s and 60s. More specifically of the Forever House tract of mid-century modern homes designed by Eichler design team Jones and Emmons. Click here to read more.
END_OF_DOCUMENT_TOKEN_TO_BE_REPLACED