Skip to content
Posted onFebruary 3, 2017February 3, 2017Downtown Fullerton
by Joe Sipowicz124 Comments on Kelly Thomas Jury Foreman Plays Victim; Gets No Sympathy As John & Ken Rip Him A New One

Yesterday a strange creature crawled out of the ooze – a fellow named “Roy” (fake name), who claimed to be the jury foreman in the 2013 Kelly Thomas murder trial.

This pathetic SOB sent in a request for a hearing on the John and Ken radio show to set the record straight about the verdict. Why now? Apparently he and his fellow pumpkins on the jury have been subjected to all sorts of mean social media ridicule and threats (he says), even after three years. It didn’t take John and Ken long to get sick of this whiner’s attempt to dodge, deflect and then diminish what the cops did to a skinny, sick, homeless guy.

You know “Roy” is soon to get his ass handed to him when he describes, Lou Ponsi-like, the brutal assault as a “scuffle,”

“Roy” doesn’t recognize Ramos trying to intimidate Kelly, and it doesn’t bother him a bit that Wolfe actually struck the blow that caused Kelly to run – a perfectly natural move for someone who has been threatened and hit with a cop club.  Those provocations were really at the heart of the episode: the entire drama was caused, deliberately, by Ramos and Wolfe.

It is particularly nauseating to listen to this moron explain away Cicinelli pulverizing Kelly’s face as a necessary tactic against the struggling homeless man; and then declaring that Kelly died not of facial injury anyhow, but by “chest compression” whatever the Hell this dimwit thinks that means. The fact is that the blood inhaled from Kelly’s severe facial injuries caused asphyxiation at the same time the cops sat on his chest.

And of course this human vegetable ignores the aftermath – the Fullerton cops willfully ignored the unconscious guy who was dying in the gutter – as they got their little scrapes band-aided by paramedics.

File this one under “better to keep your mouth shut asshole, and just go away.” 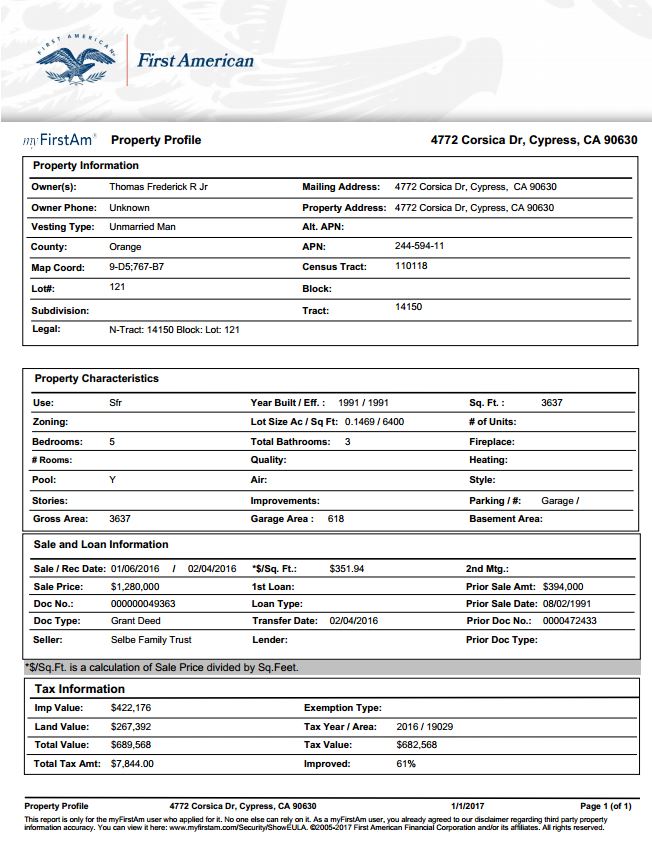 We here at FFFF always value feedback and welcome any comments you may have to help improve our humble blog. Here’s an example from a dissatisfied reader, a phone call:

It seems Mr. Thomas was unhappy with my post this morning, reminding Friends that:

Although Mr. Thomas thinks he has been “slandered” I am hard pressed to see any slander in that post, especially since the title of the post takes the man at his word – which is apt given his public persona as a truth-talkin,’ straight shootin’ son-of-gun.

Mr. Thomas says the post is full of inaccuracies, but the only specific he gives is the rather laughable notion that the payout was “handled through insurance,” not the taxpayers, a distinction without any difference as far as he ought to be concerned.

Anyway, Mr. Thomas says we have no idea what he’s done with the money – which I guess must true, since he seems to take issue with the idea that we possibly and reasonably expected him to keep his word. I guess we’ll have to start figuring it out where it has been going.