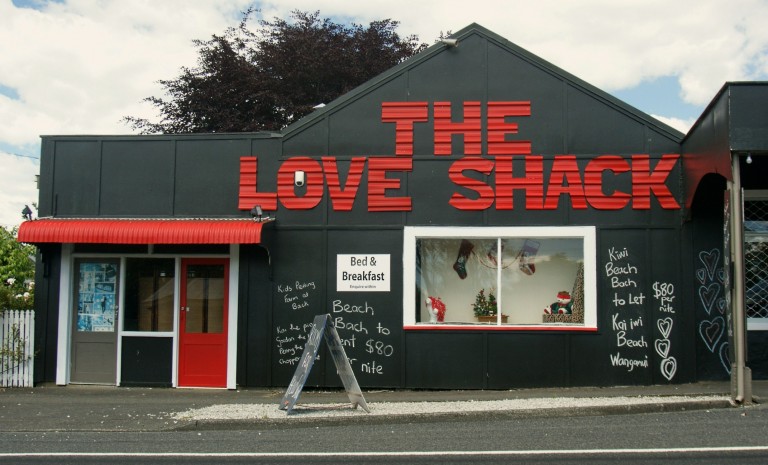 In the continuing stream of solutions to questions no one asked, one of the last actions taken by the current lame duck City Council tomorrow will be the approval of an “exclusive negotiating agreement” to build a boutique hotel in the Fullerton Transportation Center.

As everyone knows, Downtown Fullerton needs three things to be more successful:

Well, here we go! A triple threat project that eliminates 200 parking spaces, probably includes at least one bar, and will be within stumbling distance for hundreds of coeds each weekend who find the alley behind Zings too piss soaked to properly canoodle.

No word if the proposed Love Shack will have vibrating mattresses, but being immediately adjacent to  one of the busiest freight rail corridors in the country ought to provide plenty of stimulation.

We think the BNSF 2:30AM heading out to Albuquerque will be particularly popular with those who are DTF. 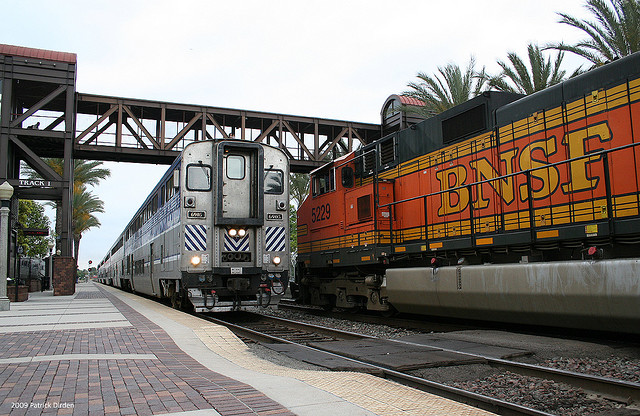 We have something to show you ladies and gentlemen. It’s time you were exposed to the truth.

Two years ago following election night, FFFF returned to the scene to break the tale of Joe Felz’s Wild Ride, the Tragedy of Sappy McTree, the Corbet-Coverup, the Subaru Smash, the Great Wide Turn of 2016, the Hit-and-Run on Highland, Dan Hughes’s Last Sweet Kiss.

This election? No such scandal to report, but in the interest of continuing post-election day shenanigans from Fullerton people named Joe, last night we received something special from a Friend.

They say imitation is the highest form of flattery. Nothing offensive here folks, just some good fun to break up your election result reading.

END_OF_DOCUMENT_TOKEN_TO_BE_REPLACED 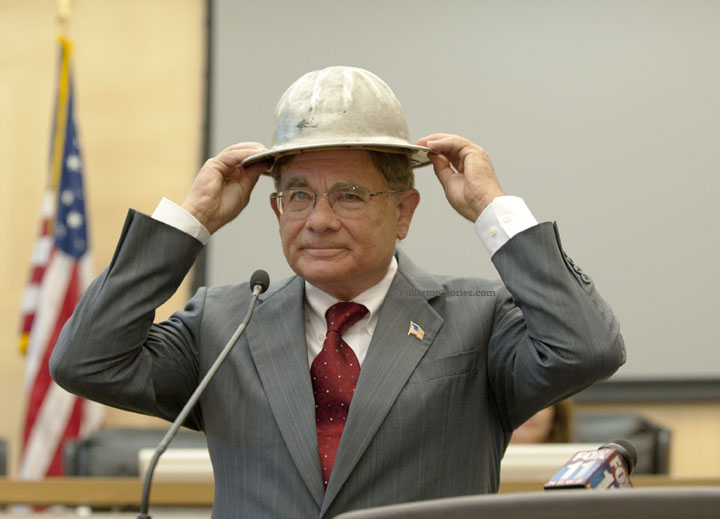 Last we heard, Doug “expected to be briefed” about why Fullerton’s $400,000 a year Chief of Police had been placed on leave.

And now the City had cancelled the scheduled September 4th meeting. Hmph.  I guess we have nothing important to discuss!

Maybe something has happened to our good Mayor Doug.  He was last seen helping his wife move into her new $250,000 condo in the southeast corner of town.

We know that Doug is real busy working on his political campaign for his next job as our County Supervisor, but if someone could find him and let him know Fullerton doesn’t have a Police Chief and no one knows why, we’d really appreciate it. 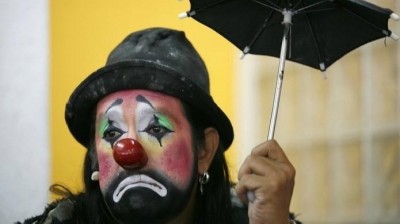 END_OF_DOCUMENT_TOKEN_TO_BE_REPLACED

Fullerton’s biggest problems aren’t really that complicated. The real reason our problems get worse and worse every year is because our elected officials insist on spending their time and energy on inane and self-serving gobbledygook that serve no real public purpose and/or accomplish nothing beyond weak symbolism.

Look no further than tonight’s agenda. Fullerton is going to spend a few hours (after Jesus Silva approves cutting yet another tax payer check to one of his campaign donors– Townsand Public Affairs– so the city can pay to lobby his wife) accomplishing exactly nothing. We’re going to vote to support spending time and money to weigh in on a legal discussion between the United States Federal Government and the entire State of California concerning immigration enforcement.

Because Fullerton and it’s 140,000 residents need to say something special that can’t or won’t be said by the Federal Government, who represent nearly 400,000,000 people.

Here are some topics not on tonight’s agenda:

3) Why recent property sales of $4,000,000 went to filing this year’s deficit instead of fixing roads like we were promised.

6) What to do about downtown puke piles

7) What to do about downtown brawls

8) What to do about rampant drunk driving?

9) What to do about tax evasion on illegally collected revenue at downtown bars?

10) Finally, why after over a year, has the city council not ordered Councilwoman Fitzgerald to release unredacted phone records from the night of City Manager Joe Felz’s Druken Ride as well as police body cameras for the entire event?

When you drive home tonight, count the potholes you hit and the homeless you pass, then ask yourself why Fullerton needs to spend ANY of its time and money getting into a pissing contest between Donald Trump and Jerry Brown. 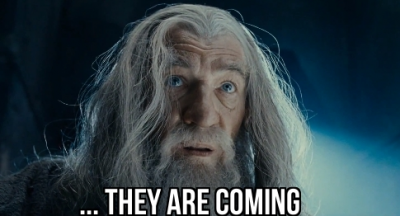 We hear drums, drums in the deep.  They are coming.

Fullerton’s general fund hemorrhaged cash over the last half decade, losing tens of millions of reserves, and now stands at the bare legal minimum.  This blog, and others, warned Fullertonians of the looming fiscal cliff for some time, only to be dismissed by the powers that be as the hateful screed and wails from malcontents.

That cliff is here.

END_OF_DOCUMENT_TOKEN_TO_BE_REPLACED

Some things in life are perfectly predicable.  Things like physics and math.  They’re not really that difficult to understand, but some people in our society are a little slower than others.

For example, next week there will be idiots who put a frozen turkey into a vat of hot liquid fat because #Merica.  Despite many public service announcements to the contrary, stupidity will have its unavoidable and predicable consequences.

Tonight Fullertonians will miss out on the discussion taking place behind closed doors at City Hall concerning the state of the city’s budget.  Voters won’t get to hear about the new contract negotiations designed to help the massive multi-million dollar structural deficit, the $100,000,000 in deferred infrastructure maintenance, or the equally massive unfunded pension debt.  Instead, we’ll get a null report from The Other Dick Jones ™, and the facade of all being well will continue into this year’s planned First Night festivities.

Like so many idiots with a tank of propane, recent City Councils had fair warning of the current financial crisis.  The math just isn’t that hard to understand.  Every year, every single year, since each of their elections, Fullerton has spent more from the general fund than it has taken in.  Tens of millions of dollars in reserves have evaporated.  *POOF* gone, without a trace.

At the current rate, Fullerton may be bankrupt in two years.

Just last year, the council authorized the largest pay raises for staff in a decade.

“The budget is balanced!” — Jennifer Fitzgerald

Well, the math simply doesn’t lie.  The budget was not balanced and the city was not in excellent financial shape.  Jen and Jan dunked their frozen bird and lambasted all the chronic malcontents who protested their fine stewardship.

Like that, Joe Felz hit a tree, and their financial bird exploded, the raging predictable disaster apparent for all to see.

Tonight the Fullerton City Council will likely authorize reducing pay and benefits for city employees, just in time for the holidays.  When this is over, some employees will have their salaries reduced or their hours cut.  Others will simply lose their jobs.  Many of those individuals are good people who do good work. This isn’t their fault, but it will be their house that gets burned down and it will be their life that gets ruined.

Now Jen and Jan, two of those responsible for dunking this turkey?  Don’t worry.  They’ll be fine.  Jen just gave herself a $9000 raise and Jan retired.

END_OF_DOCUMENT_TOKEN_TO_BE_REPLACED
Posted onAugust 28, 2017About Us
by The Fish9 Comments on Fish This: Fullerton Bars Need More Drunks

You can’t make this stuff up.

At the last Fullerton City Council Meeting, a posse of local bar owners demanded that the city council allow them to stuff more drunken twenty somethings into their bars.  They went so far as to claim their businesses were suffering because Fullerton’s FIRE CODE prevented them from making as much money as their peers in neighboring cities.

The response from our elected city council?

Absolutely.  More drunks.  And it was unanimous.

Now I know what you’re thinking.  You’ve been to downtown Fullerton on a Friday night.  You’ve seen young ladies puking on the sidewalk outside of the Tuscany Club at 9pm.  You’ve seen young men getting into brawls behind Joe’s at 10:30.  And you’ve seen the rivers of piss and vomit trickling into the parking lot behind Matador early in the morning.  It all just glistens in the moonlight.

But hey, we need more drunks!  According to Fullerton Bar owners (and I’m not making this up):

Under the current situation, if coming to historic downtown becomes a negative experience for patrons because they can’t get into restaurants and bars and they are uncomfortable with the crowded streets, sidewalks, and parking lots; they may go to other cities that offer a more positive experience.  As a result, if business owners income’s (sic) decrease to where they are not profitable, some will have to close.

Wait, some of the 50 odd bars in downtown Fullerton will have to close if we keep the FIRE CODE as it is?

GOOD!  And don’t the the door hit you in the ass on the way out.

Because let’s be honest.  More people in bars means one thing: MORE DRUNKS.

Instead of caving into the Bar owners who profit on littering our streets and alleys with vomit and excrement each weekend, perhaps our city council should finally take a small step to restore civility.

Let’s not amend the fire code to allow for more drunks drinking.  Let’s keep it exactly how it is and how about we shut down any bar that exceeds its occupancy limit down for a month.  Fullerton’s current practice allows a bar caught breaking the law to reopen on the same night.

What do you think  Fullerton?  Do you want more drunks?  Let your city council know how you feel about their vote, 5-0, to give you more of this, this, and this.

But hey, we’re just a bunch of malcontents.  Maybe more of this, this, and this is exactly what you want.

Congratulations Fullerton Bar Owners.  You went fishing for a handout and caught the means to finally bring some order to the shit show that is Saturday night.