She has too much respect for this community, but not enough to not pretend to live there. Anyone want to guess how long it takes before Pilfering Paulette moves back to her mansion on Marion? Paulette could have run for City Council in 2020 to represent the neighborhood where she and her husband actually live but chose not to, because why? None of the candidates who actually live south of Chapman can speak for themselves?

Oh yeah, lots of respect for this community. Tons. Takes a lot of respect to move out of a 4000sq foot estate and into a 600sq foot condo just to run for City Council. That’s real sacrifice.

I mean she probably paid cash for that condo. Do you have any idea just how hard it is to write a check these days? R-E-S-P-E-C-T.

Take a look at the last part of Mrs. Chaffee’s statement.  She’s suspending her campaign for the good of the community.

You hear that Fullerton? Pilfering Paulette is doing you a favor! She stole and now she’s a great big freaking martyr, sacrificing herself to benefit you, but that’s why she came down from the Hill in the first place, isn’t it?  Who else was going to save District 5 if she didn’t come all the way down to run in the flat lands herself?

There’s something we all need to understand about Paulette and Doug Chaffee.  Paulette got caught, twice, stealing signs that weren’t hers. Think about just how unbelievably self absorbed you really have to be get into this kind of problem.

Her response to being entirely and solely responsible for putting herself in this ridiculous situation?

Her response is these people who caught me are toxic. It’s their fault. They’re the evil ones. I’m a martyr, I’m a victim, but most of all, I am still better than nearly all of you.

Meanwhile, Doug is still on the campaign trail, pretending none of this ever happened.

I mean come on, if Paulette doesn’t have to apologize, why should Doug?

I guess it’s a good thing the City Manager and the Chief of Police work for Doug. Would be a real shame if Pilfering Paulette had her case expedited for potential interference in our free and democratic election process. 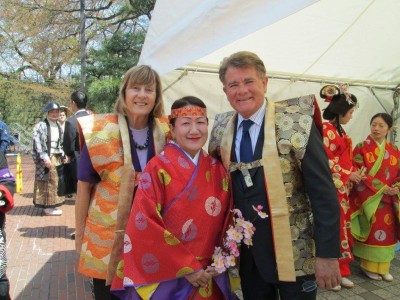