There is a newly minted blog called OC Daily, evidently the brain child of GOP slime ball Dave Gilliard, and operated by another small-time hack named Matthew Cunningham. A Friend directed my attention to this post written by Cunningham about our recent Fullerton election that blames Larry Bennetts’ fourth place finish on a divided GOP – basically throwing the rat on Bruce Whitaker (by name) for not supporting Bennett, due lack of supposed conservative purity on the part of the latter. Cunningham also points out Bennett’s broad bi-partisan support as an indication of his strength.

Since this post shared a link to Bennett’s fabulous list of endorses, I will too. Except that I will pick out a few familiar names and add some piquant commentary that may come as surprise to those who hold the opinion that these endorsements have much value outside the aging little clique who signed on. They won’t surprise you, Friends. 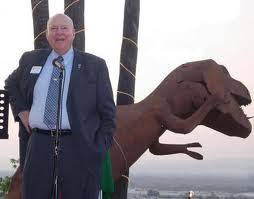 So, basically Bennett was the front man for Old Fullerton, the same crew that has done everything possible to keep Fullerton in a weird stasis in which they ran the show. These were the people that fought BOTH recalls, tooth and nail; that imposed a utility tax in 1993, that have given away the store to the public employees and upper managers alike; that stole $27,000,000 from us in illegal water taxes, denied it, and never even bothered to say “sorry;” that enabled a Culture of Corruption to pervade the FPD, who denied its existence contrary to all the evidence, and who hid behind their curtains when an innocent man was bludgeoned to death by their own little Praetorian Guard.

And every rancid step of the way  proclaiming with hosannas their dedication to “good government.”

These are the people who now survive in ever-dwindling numbers, their days long past, who see in people like Fitzgerald and Bennett some sort of embryonic form in which their own feeble genetic material is passed on.

Blaming Whitaker for not backing Bennett? How about shame on all of those who did? Electing Republicans qua Republicans, even though they are supported by all of Fullerton’s Old Guard liberals, instead of principled conservatives is how we got into the place we are today – awash in red ink, overdeveloped and with zero accountability in sight.

END_OF_DOCUMENT_TOKEN_TO_BE_REPLACED
Posted onMay 21, 2012May 21, 2012Chronic Failure
by admin61 Comments on “The city is in good financial shape.”

Anti-recall front man Larry Bennett has been making all sorts of ridiculous claims in his efforts to save the dying political careers of the Three bald Tires – Don Bankhead, “Dick” Jones and Patdown Pat McKinley; and his latest claim is probably one of the most outrageously comical.

According to Bennett, City Hall is doing just fine on all fronts, thank you very much, and the residents of Fullerton have absolutely nothing to worry about.

But even a broken pair of pliers like Larry can drive around Fullerton and notice the broken water mains, leaking sewer lines and expanding potholes and crevasses in our streets, and realize that the residents, taxpayers and businesses of Fullerton have been sold down the river to cover the bloated paychecks, fat pensions and corpulent developer subsidies handed out over the last few decades by the Three Tired Tree Sloths. And then there’s that little matter of $27,000,000 his boys have illegally tacked on to our water bills for the past 15 years. Somebody’s got a refund coming! 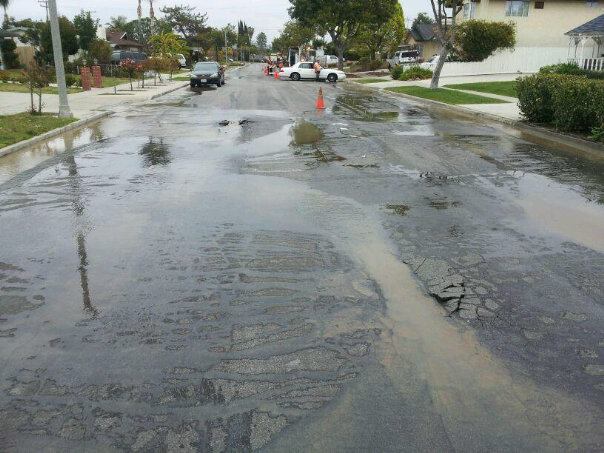 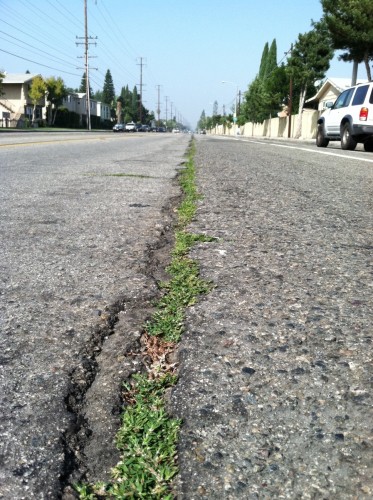 Bennett obviously has no interest in relating the massive, multi-hundred million dollar pension liability that his pals have left the taxpayers. And of course we already know he thinks the thievery, sexual assaults, sadistic brutality and rampant corruption in the FPD is no big deal. 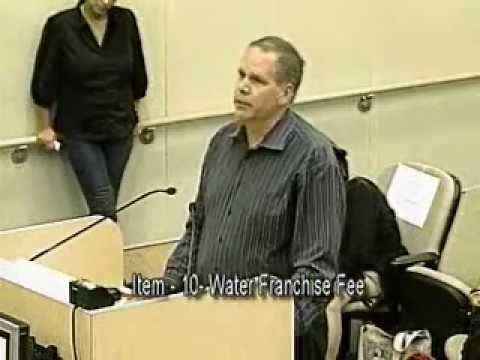 So there you have it, folks. The difference between the Recall and the forces of sclerotic self-interest, incompetence and malice.

Poor Larry Bennett. As spokeshole and Chief Liar for the moribund Recall No campaign he is upset that folks are disrespecting his Heroes on the council.

But get this: Larry doesn’t want his water rates reduced! He likes the illegal 10% tax and even wants to keep it because he somehow believes this will keep his grass green.

Of course, it’s funny to watch Bennett admit, sort of, that there is a $2.5 million problem after he challenged water rate payers to find the illegal tax on their bill; and it’s hard to tell if Bennett is just pimping for the Three Flat Tires or if he really believes that the illegal in-lieu fee has something to do with delivering water to his flower beds. However you slice it, this assclown is a first class tool.

And it’s pretty clear he doesn’t like annoying public comments that hold his Three Blithering Boneheads accountable for their miscreance and incompetence.

END_OF_DOCUMENT_TOKEN_TO_BE_REPLACED
Posted onFebruary 10, 2012Behind Closed Doors
by The Fullerton Harpoon74 Comments on Did FPD Leak Personnel Information to Larry Bennett?

By now we are all familiar with the impenetrable shroud in which law enforcement has wrapped itself, with the knowledge and support of supine politicians across the state who have taken its campaign money and endorsements.

In Fullerton this official Code of Silence is used by the Three Dithering Dinosaurs – Don Bankhead, Dick Jones, and Pat McKinley –   to excuse their deplorable failure of leadership in the aftermath of the Kelly Thomas killing. They couldn’t say anything, it was all about personnel stuff.

But what do we have here? Listen carefully to anti-recaller Larry Bennett on an October 19, 2011 Inside OC program:

Hey, wait just a minute! That bit about the “iPad woman” doesn’t sound quite right.Here’s a snippet from Lou Ponsi’s article in the Register on the matter, just yesterday, citing FPD spokesdoughnut Andrew Goodrich:

Mejia was placed on paid administrative leave after returning from Florida and has not been a member of the department since Oct. 28, said Sgt. Andrew Goodrich. The city can’t say the reason Mejia is no longer employed with the department, Goodrich said

October 28th, 2011. So why did civilian Larry Bennett say Mejia had already been fired (past tense) nine days before, and how did he come to have any information about that at all?

Was Bennett just lying? Could be. The truth hasn’t tumbled out of his mouth for at least six months. But let’s consider something else, implausible, but not impossible – that he was actually telling the truth of what he knew.

If that’s the case then it’s obvious that the cop personnel Code of Silence was violated by somebody in the FPD itself, as some one who knew what was going on with Mejia (any guesses?), told Bankhead, Jones, or McKinley what was happening, and one of them leaked it to Bennett; and then Bennett shared it with a TV audience! Either that, or somebody in the FDP went directly to Bennett with the news so he could beat the drum for a decisive, pro-active department: No Culture of Corruption here!

Well, selective leaks are nothing new for Andrew Goodrich. Police love to share information about suspects unless those suspects happen to be cops. In this instance it sure looks like the cop curtain of secrecy was opened just a bit in the service of trying to make the department and the Three Tired Tubers look decisive.

So next time you hear about the need for secrecy in all police personnel matters, remember this story of hypocrisy. Some things aren’t as secret as others.

Here’s the entire episode of today’s Inside OC show; it’s a full blown battle of wits on why the recallees deserve to be thrown out of office in the wake of their catastrophic failure to lead.

In it you will find a furious debate between Chris Thompson and the anti-recall team’s Chief Distraction Officer, Larry Bennett, along with Bruce Whitaker’s accusation of an FPD cover-up in the aftermath of the Kelly Thomas murder.

Finally, the show closes with a sad, sad interview with Pat McKinley, who claims he still doesn’t understand the accusations against him and his police department, although he does summon enough mental clarity to remind us that Officer Manny Ramos’ criminal defense attorney is very highly regarded.