The City recently sent out a file from the City Attorney, via Assistant City Clerk Klein, that lists officers who’s records are disclosable under the Records Law known as SB1421. This was sent to those who had requested these files such as myself, the ACLU, LA Times and others. The following is my response;

It has come to my attention that the City of Fullerton has broken California’s Public Record’s Law, specifically related to SB1421, by denying you records which are quite clearly publicly disclosable.

In the link sent to you by Mea Klein, Assistant City Clerk, as provided to her by the City Attorney, you were told that there are 27 Officers “REQUESTED BY NAME, BUT NO DISCLOSABLE FILE AVAILABLE (27)”. This is patently false.

The City of Fullerton is currently suing me, my compatriot David and the blog Friends for Fullerton’s Future directly related to the published findings on several of these officers.

City of Fullerton Is Suing Me And This Blog

In looking at this list I can quite easily name Officers on that list who have disclosable records under SB1421 including but not limited to Kathryn Hamel, Paul Irish, Miguel “Sonny” Siliceo, Christopher Wren & Nathan Roesler.

A sustained finding was found against Hamel and one cannot simply unring that bell as seen in the recent Contra Costa County tentative decision (CASE NAME: RICHMOND POLICE VS. CITY OF RICHMOND).

This FFFF article related to Hamel is specifically mentioned in the lawsuit against myself and FFFF:

Fullerton Police Cut a Deal to Bypass the Law

Christopher Wren had a sustained finding against for dishonesty related to a workplace affair with a subordinate. In IA Case #17-0038 one of the sustained findings against Officer Wren is as follows:

This statement of dishonesty was directly related to misconduct as outlined in the timeline of Wren’s activities and being in violation of policy.

Likewise with Christopher Wren, an article is specifically listed in the lawsuit being waged against myself and FFFF:

What Happened to Officer Christopher Wren

The idea that the city attorney is unaware of the sustained findings against their officers which are disclosable under SB1421 is laughable when those very stories are being used by the same attorneys as evidence in a lawsuit where the city seeks a prior restraint against myself and FFFF.

The blog has likewise published stories on how Paul Irish was terminated for dishonesty;

Miguel “Sonny” Siliceo admitted in his plea deal that he both used excessive force and falsified a police report.

Nathan Roesler filed a false report with the City of Placentia which resulted in an innocent man being arrested for a crime that wasn’t committed against Roesler. This was referred to the District Attorney for prosecution.

Another Possible Cover-up by FPD

These are the cases which are readily and easily pointed out which I believe to be disclosable under SB1421 which calls all of the other officers on the list into question. The City is blatantly lying to you, your organizations and agencies as well as the public and concerned entities about disclosable records despite being in a separate lawsuit over these very violations of SB1421.

If you are honestly seeking these records and others from the City of Fullerton you will likely have no recourse but to seek remedies in order to get to the truth. I have already been forced to take this route unfortunately.

They are likewise violating the law in regards to the officer whose records are “PENDING; NOT YET PRODUCED (3)”. The incident in Corbett’s case was from 2016 and Paez’s was in 2017. The timeline has long passed for required production in both of these cases.

Thank you for your time and I wish you all the best in your efforts to get to the truth.

For the record, City Manager Ken Domer is fine with these lies as he could put an end to them but works with the City Attorneys to keep them going. The same for Police Chief Dunn. He has no desire for you to know which of his officers are corrupt or he’d demand the city follow the law.

The City Council? 4 of the 5 of them have repeatedly voted to sue us without so much as questioning the liability the City Attorney themselves caused. Remember, when the City Council wants YOU to follow the law – they have no problem shielding police from it.

Despite all of their bluster over Black Lives Matter, Jesus Silva & Ahmad Zahra don’t care about police misconduct or oversight. Jan Flory & Jennifer Fitzgerald don’t care about integrity or accountability either. Remember, they all voted to sue US to keep the records of corrupt police from YOU. Hell, Sharon Quirk-Silva, Jesus Silva’s wife, voted AGAINST the very law in question here (SB1421) if you want perspective of how little these people’s rhetoric matters. 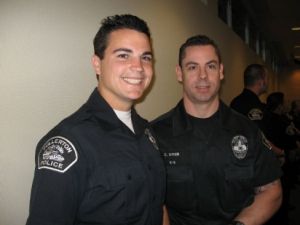 Wren is on the right… 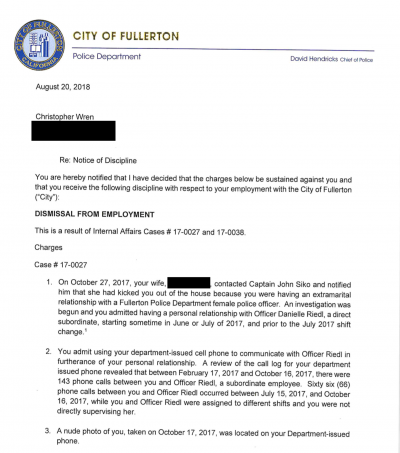 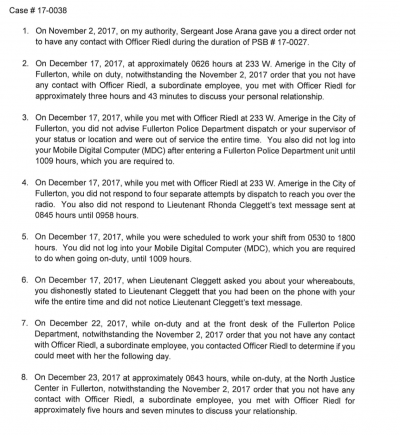 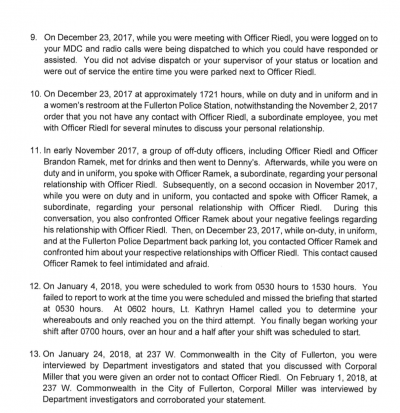