As promised I have uncovered the court documents relating to a case against Fullerton cop Christopher Robert Wren.

Mr. Wren got into a little trouble out in the Inland Empire back in 2009 when he did something bad to somebody named Samuel Ramirez. The details of the case remain sketchy but one thing is obvious: Wren plea bargained “no contest” to a charge of false imprisonment, applied for some anger management (no evidence that he ever got help with that temper), paid some fines, and got probation. And of course he remained on the FPD force, presumably in good standing, given the behavior of his colleagues on the squad.

False imprisonment? That’s sounds pretty bad, especially if a weapon was involved. I’ll be awaiting details of the case. 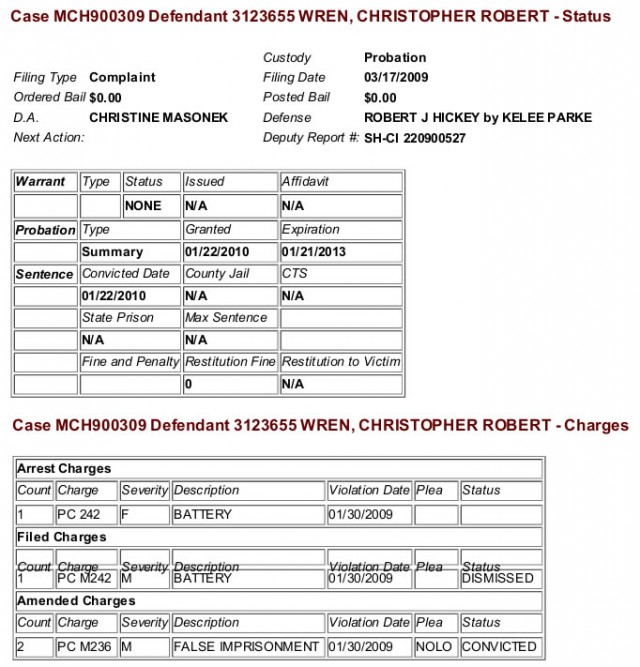 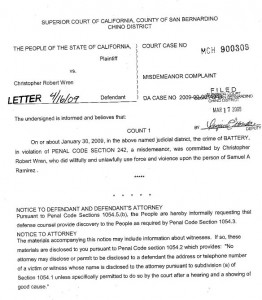 281 Replies to “A Picture of FPD Officer Christopher Wren Emerges”