His speech was much anticipated and much commented about the next day in such venues where anybody gives a damn about what Baugh has to say. I waited a few days to display my disdain for such antics.

It seems Mr. Baugh tried to channel some of the angry energy of the “Tea Party” movement to  zap some life into his team.

Baugh unloaded on RINOs; on candidates who get the GOP endorsement and then take public union money; on the “slick consultants” who call the shots. It must have sounded pretty good to the true believers in the audience; but the Repuglican cadre that has turned Orange County into its own little plantation – people like John Lewis and Ackerman, Inc. must have rolled their eyes a bit. Electeds in the audience who gladly took money from police and fire unions were no doubt (quietly) offended and/or frightened, depending on their dispositions, and this includes just about every Republican city councilman and Supervisor in the County.

First he coughed up a speech very much like it last year in the wake of the epic McCain disaster and a year of Democrat rule. Apparently not much came of that one; so why expect anything else from the ‘Pugs?

Second, he seems to have failed to address the virus of office seeking that infects the party and that has been manifested in the Ackerwoman and now Harry Sidhu strains.  In fact, Baugh was a supporter of Linda Ackerwoman and her fraudulent campaign of deceit in the 72nd – which pretty much tells you all you need to know about him.

Third, the idea that a candidate can’t take the money of a public employee union and still represent the public interest is curious. By the same logic these folks would be unable to resist the blandishments of corporate lobbyists who donate to their campaigns. Hmm.

Finally, Baugh ignores the wider problem of Repuglicanism – the malady of being a Republican for fun and especially profit. Calling for ideological purity seems to ring hollow when it’s pretty evident that the game is being played for one’s own pecuniary interest. Will we ever hear Baugh denounce Curt Pringle’s 50 billion dollar high speed idiocy? Probably not. Baugh uses his own political connections to  lobby here and there, including a highly lucrative contract awarded by fellow ‘Pugs on the Board of Supervisors to lobby in Sacramento.

So in the end, to quote the Bard, here’s what I see in Baugh’s address: a tale told by an idiot; full of sound and fury and signifying nothing. 10:50 Update: TDR forgot to add this little gem from the Register’s Jennifer Muir about Hutchens sending a helicopter to an LA cop chili “cook-out.” Wonder what Pat thinks about that use of public resources! – Admin

A recent Fullerton Observer article reported on some sort of “Women in Leadership” event and started out describing how Fullerton’s former Chief of Police introduced “surprise guest, ” appointed OC Sheriff Sandra Hutchens in glowing terms and indicated his unreserved support for her election campaign.

We’re not at all surprised by this enthusiasm since McKinley has been reported as having post-retirement political ambitions, and has already demonstrated his connection to the local Reguglican establishment by his endorsement of the fraudulent Ackerwoman campaign.

Apart from political ambition, though, something more sinister flits through the shadows of the McKinley endorsement of Hutchens, and that is McKinley’s apparent ingrained approval of high-handed and unaccountable police behavior. Despite McKinley’s contention that Hutchens has “turned things around” after the departure of the deplorable Mike Carona, there is precious little evidence that any institutional attitudes have changed at all. In fact, quite the contrary. From examples of in-house secrecy and stonewalling, mistreatment of citizens, to even spying on elected County Supervisors, the Sheriff’s Department has shown itself to be the same old operation as ever. The only difference is that now Hutchens is running cover instead of Carona.

The latest example is provided by the OC Weekly’s Scott Moxley, here. It seems a couple of deputies were caught fabricating testimony about threatening a suspect during a Disneyland area drug bust at a preliminary hearing. The DA later dropped most of the charges against the guy who had been arrested; correspondence from the DAs office to the Sheriff about the problem were simply ignored. The deputies involved not only seem to have escaped disciplinary action, but have been awarded medals for valor for a Costa Mesa drug bust that supposedly occurred on the same day as the other arrest!

The sheriff, who has promised to restore deputy accountability in the wake of the Mike Carona corruption scandals, refused to be interviewed for this story. Her command staff and media-affairs team repeatedly blocked my attempts to reach Catalano for comment.

Anyhow, in case we needed any other evidence, we now know exactly what kind of police management our former Chief admires, and we ought to remember that when and if he decides to run for office.

Earlier today a Friend tipped us off to this self-serving video produced by OCCCO (Orange County Congregation Community Organization) touting its alleged accomplishments. The whole thing is really embarrassing. Trying to take credit for Anaheim’s “$100,000,000” housing policy is just laughable.

But when this group of group of lefty do-gooders bragged about their successful petition to the Fullerton City Council for west Fullerton to be included in the fraudulent Redevelopment expansion, some of us in the editorial room got pissed off. Cut to the 7:30 mark of the youtube clip to avoid a lot of uber-mind-numbing drivel.

First, we have already demonstrated the not too coincidental elevation of some woman called Lee Chalker to the Board of Directors of the Fullerton Collaborative with her sudden interest in Redevelopment issues, here;  could any reasonable human being believe that Chalker and her OCCCO pals weren’t persuaded by Collaborative Executive Director and City Council woman Keller to go to public meetings and pimp something they knew absolutely nothing about? They got $26,000 bucks a couple of years ago for “community organizing” from Keller so maybe they figured they owed her, quid pro quo.

But to take credit for their stoogery in a fraudulent political act as an accomplishment not only suggests a complete lack of real accomplishment, but it also suggests a moral bankruptcy, too. Either that or a really low level of intelligence.

Well, really, what did you expect?

Hoo Boy! So this is how a self-proclaimed fiscal conservative squanders our money.

In the fall of 2008 Pam Keller attended the California League of Cities Annual Meeting, a useless agglomeration of bureaucrats and bureaucrat lovin’ electeds who like to micromanage everybody’s life while we pay for it.

The event was held at the Hyatt Regency Long Beach, a luxury hotel, exactly 26.1 miles from Fullerton. The distance is so vast that Pam decided to stay at the hotel for three nights and amassed a bill of $1236.10. Check out the payment vouchers, the hotel invoice, and even a handwritten request for nine buck’s reimbursement for parking, here.

Seems Pam also took along a guest, and, among other treats, they may have availed themselves of a trip to the LB Aquarium that was included in the deal.

Even if we disregard the questionable usefulness of attending one of these taxpayer funded boondoggles, what on earth was the need for Keller to stay at a hotel whose drive-time distance Mapquest lists at a mere 28 minutes?

And I have to wonder how all of Keller’s lefty knee-jerk supporters could possibly countenance this sort of profligacy of public money. $1,200 could be used collaboratively to feed a lot of homeless people, right?

Friends, this is likely not the only Keller taxpayer-funded junket and rest assured, we will be providing examples of others in the very near future if we find them.

I just came across this youtube clip from last summer. It is about our congresswoman Loretta Sanchez and her performance at some sort of “prayer vigil” organized last August, ostensibly to supplicate the Good Lord for the provision of universal health care.

As you can see, Loretta’s not real interested in praying, or even in keeping her big bazoo shut, but rather in the worst kind of political self-promotion. But Ms. Motormouth and her relationship with the Almighty is not the main topic here.

Instead I direct your attention to the promoters of this alleged “prayer vigil,” the Orange County Congregational Community Organization, known as OCCCO. Sound vaguely familiar? Last summer some of its members popped up out of the blue at a city council meeting to speak in favor of the proposed Redevelopment expansion. FFFF subsequently discovered that Pam Keller’s “Fullerton Collaborative” had bestowed $26,000 on the OCCCO for “community organizing.” Fullerton Harpoon wrote about this stuff here. The blog has already noted that Collaborative director (and Fullerton City Councilwoman) Pam Keller is a paid employee of the Fullerton School District.

You can see by the video that despite the presence of a somebody who looks likes he’s got a mitre on his head (A bishop?) these folks are really all about politics, too. 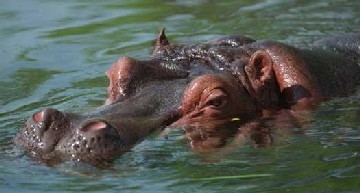 Apparently some folks in Fullerton such as Sharon Kennedy see nothing wrong with this happy intertwine of religion and the politics of cash, the laundering of government funds that ultimately find their way into overt political causes, and finally with the obvious attempt by Pam Keller to use the tangled network to help promote fraudulent and misguided “economic development” policy by the City. Actually these people seem to like the web.

I don’t like it, and neither should you. There is an insidious process going on here and it ain’t good.