Skip to content
Posted onAugust 8, 2012Repuglicanism
by Disillusioned Ex-Hippy308 Comments on Fullerton Will Not Solicit Information From Sheriff

Last night the City Council voted 3-2 against asking the OC Sheriff to provide information about their cost to take over police services in Fullerton.

Chaffee and Quirk went with the public employee union pearl-clutchers, as expected, as did Greg Sebourn. Bruce Whitaker and Travis Kiger voted to seek additional information about providing public services, a reasonable position, you would think.

The Old Guard and the cop union turned this into a life and death issue, which maybe for them, it is. Even old Bankhead and Flory tottered up to speak. The idea of possibly saving millions means nothing to them, and never did.

Perhaps the most interesting this is that Sebourn’s vote puts the lie to the anti-recall goons who insist that the recall replacement candidates are lock-step puppets for anybody. 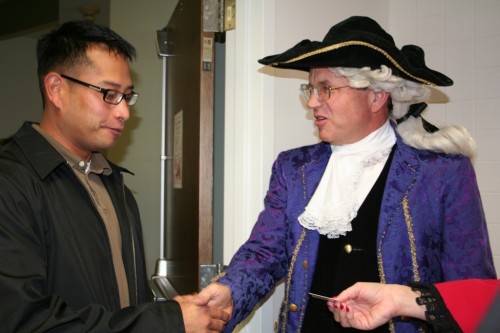 Um, Chris Norby, you are a State Assemblyman, right? You stand for something, right? You ran for office for some reason, right?

So now that you’re up in Sacramento, why don’t you do something about the hideous union scam known as POBR – the Police Officer’s Bill of Rights – that grants special protection to cops good and bad. It seems that POBR keeps honest, law-abiding, tax-paying  citizens from knowing which crooked cops have been preying upon the very citizens who pay for their salaries and exorbitant pensions. Are you in favor of this? Do you care? Are you worth a dehydrated ostrich turd?

You’ve been in Sacramento for over two years and so far have accomplished nothing. Zilch. Nada. Zero. So how about finally showing some guts by doing the right thing. Make it legal for all police departments to release all relevant information on cops who have been separated from their police force. If they’ve done nothing wrong the facts will bear this out. If they have violated policy, or worse, if they are criminals, the public has a right to know. 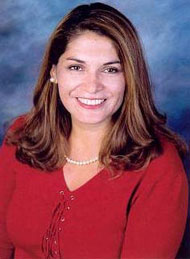 And Sharon Quirk, if you’re reading this (and I know you are) what do you have to say about fixing POBR.

There has been a lot of boohooing lately about the future of the County’s Human Relations Commission. As usual, it seems that those doing the biggest drum beating for the continued taxpayer funding of this love fest are the folks who don’t want to chip in for the cost.

Right now the County pays $302,000 a year to the Human Relation Council (a 501(c)(3)) to provide “staff” for its Human Relations Commission. The reason why these folks think we need a Commission at all is that they believe having the County seal on their letterhead confers some sort of governmental prestige and gravitas. That’s how these folks think about government.

The Council employs a fellow by the name of Rusty Kennedy about a hundred grand to be the Commission’s Executive Director, a job he used to hold as a public employee of the County, and a job for which he now pulls down an annual pension of over $120,000 per year. Yowza! $220,000 a year!

Ironically, the very failures of Kennedy and his commission are being touted by him as success stories. The most egregious of these alleged successes are the race tagging of Santa Ana Councilwoman Claudia Alvarez after she made a boneheaded comment about Adolf Hitler; and of course even worse, the diversionary scam known as the Homeless Task Force, at the behest of the cover-up artists on the Fullerton City Council. In the first case, after he played the irrelevant race card, Rusty had a neat interracial controversy to address. Nice. In the second case, a genuine hate crime, perpetrated by his pals  in the Fullerton Police Department against Kelly Thomas, was glossed over.

By focusing on the fact that Thomas was mentally ill, and homeless, and that many others are too, the Task Force conveniently ignored the fact that neither his homelessness nor his mental illness were the proximate causes of Thomas’ death. That responsibility lay with the City and its goons, it was a murder – a fact that would necessarily be awkward for Kennedy and his Task Force to address given his cozy relationship with the Establishment and with the police chiefs of Orange County.

Fortunately, the City’s attempted sleight of hand failed; the recall and subsequent legal actions will demonstrate who did what, and when. But this failure should not cause us to forget the craven role of Mr. Kennedy in this shameful episode.

The time has come to defund this useless operation. Let the non-profit Council peddle its race relations mission. It collects charitable contributions from people who believe in its mission and its behavior. Time to get the rest of us off the hook.