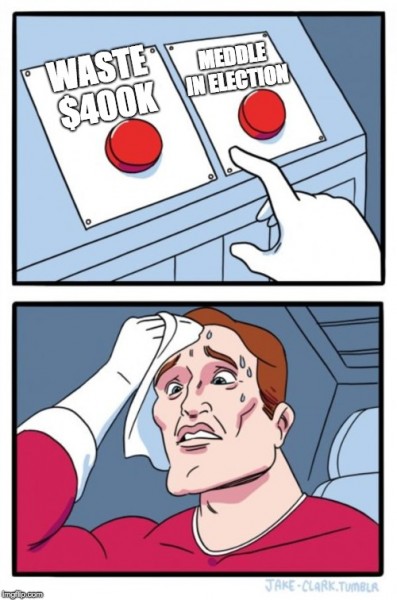 But how did we get here?

This is a nuancey ride so strap in for a moment and I’ll try to keep it simple.

Back in 2010 Shawn Nelson decided to jump from Fullerton and run for OC Supervisor. This caused a council vacancy and our City Attorney drafted legislation to address said vacancy. Ultimately Bruce Whitaker found himself in that seat after the ensuing special election. This issue has all but been ignored since that time as we have not had a council vacancy since Nelson.

Skip ahead to a few years back and some race-baiting opportunists sued the city on the premise that you can only represent people who look the same as you. Our idiotic state believes the same thing so our council, instead of fighting this ridiculous premise, opted to buckle to the pressure. They figured it was easier to just be bullied than fight to keep at-large seats. They also believed that smaller districts would be easier for them to win which is why they just so coincidentally managed to put themselves in different districts going forward.

This was gerrymandered nonsense with the best interests of the city at large being the furthest thing from the agenda.

Amusingly Jesus Silva won a seat to council at the same time the map was being approved by voters thereby negating the argument that a Hispanic candidate couldn’t win election to an at-large city wide seat. It turns out Kitty Jaramillo, one of the people who sued the city, was just a terrible candidate and it wasn’t innate racism keeping her off of the dais.

Skip ahead to 21 February 2017. Bruce Whitaker is mayor and the council needs to choose which two, of five, new districts is going to be up for election in 2018. Initially Whitaker sided with the (D)s, Silva and Chaffee, in choosing Districts 2 and 5 for 2018. This would have allowed Silva to stay at-large until 2020 but would have termed out Sebourn in 2018.

Had it stayed that way Sebourn, out of office in 2018, would have been running against incumbent Silva in 2020 who would surely put “Re-Elect Jesus Silva” on all of his signs. Too many voters are dumb and incumbency actually matters so both candidates coveted this advantage. During this February meeting Silva tried to feign ignorance of this fact and made the argument that Sebourn could just run against Silva in 2020 so whatever.

I’m not even sure the meeting was over when Whitaker started getting a good shellacking from activists and party members for throwing Sebourn, a fellow (R) and ally, under the bus. Be it because of the pressure or his own conscience Whitaker, as Mayor, brought the item back on 07 March 2017 and reversed course. This time he voted with Fitzgerald and Sebourn to put Districts 3 & 5 up for election in 2018 instead.

I made the point all along that they should have just pulled numbers out of a hat to make it fair and remove the partisan games and gamesmanship but integrity was just too much of a hurdle for any of the 5 on our council to comprehend.

Skip ahead to 2018 and Silva pulls papers to run in the newly created District 3 instead of serving out his term and waiting until 2022 to run against the incumbent. The very argument against Sebourn and incumbency that Silva made about District 3 NOT being up for election in 2018 now no longer seemed to apply. Political convenience and hypocrisy being what it is and all that. 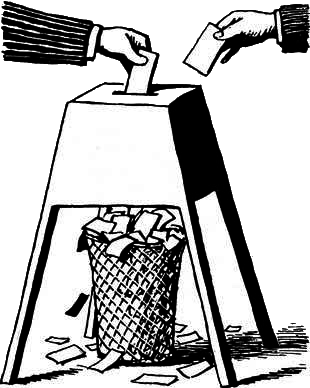 An amusing side story to all of this is that if District 2 had been chosen to be up in 2018, Paulette Marshall Chaffee wouldn’t have carpetbagged into District 5 to trade on her husband’s name and Supervisor campaign. She could have run in District 2 without any issue and had a good chance of winning. Instead she ran to 5, got mad when people put up true signs, and now has pretended to withdraw from the race while leaving her propaganda all over the her pretend home district.

So to circle all of this back around now we have three people running in District 3. Silva, Sebourn and Wildstar and that causes a problem. A Silva sized problem.

If Sebourn wins nothing changes. Silva stays in his at-large seat until it ceases to exist in 2020.

It Wildstar wins nothing changes. Silva stays in his at-large set until it ceases to exist in 2020.

HOWEVER –  if Silva wins – that could cost us close to $400,000. Why? Because Silva would then vacate his at-large seat and we’d have to hold a special election (owing to time left on that term) to fill the seat. It’s a city-wide, and not district, seat so the entire city would need to vote in a special election. That’s estimated to cost just about $400k.

Silva knew his running would cause a vacancy and he knew he was running for reelection. He wouldn’t have made a stink or cared about which districts were up for election otherwise back in Feb/March 2017. What did he do about it?

City Manager Ken Domer was interviewing for his gig as City Manager back when all of this went down in 2017 and he took over in June 2017. So what has Domer done about this problem in that time?

We have it on good authority that Domer “doesn’t read the blogs” and apparently cannot be bothered to take us Chronic Malcontents seriously. Maybe if he did he wouldn’t be meddling in an election after ballots are already being returned.

So here we find ourselves with the Chronic Malcontents, and only us, trying to stop election meddling and promoting good government.

We’ll see what happens tonight at Council but I urge people to show up and tell the council that they need to not meddle in our election law during an election. That they couldn’t be bothered to worry about this now isn’t an excuse to give Silva a pass on his gross and incompetent opportunism. Silva may think he’s worth $400,000 to the taxpayers but I beg to differ and Silva’s arrogance deserves to stay a consideration to the Fullerton voters in District 3.