Skip to content
Posted onDecember 1, 2009December 28, 2009Chris Norby
by Mr. Peabody6 Comments on So Who Does The Red Bottom Blog Support in the 4th Supervisorial Race?

END_OF_DOCUMENT_TOKEN_TO_BE_REPLACED
Posted onNovember 20, 2009December 28, 200972nd Election
by admin6 Comments on The 72nd Assembly District Election Highlights Possibility for Restoration for the Soul of the Republican Party

This great post  was written the other day right here in Fullerton by our good Friend and fellow blogger Martha Martelongo, about the 72nd election as a watershed for the OC GOP. Enjoy!

This past Tuesday night, I was in Orange County for the special election to fill the seat vacated by the disgraced, resigned, Republican, Mike Duvall, for the 72nd State Assembly district. Duvall was handpicked by the entrenched ethically bankrupt establishment of the Orange County GOP. The same group that handpicked, Linda Ackerman, whom they thought would be a shoe-in, because she is the wife of former Republican Senate minority leader, Dick Ackerman.

The winner in that race, Chris Norby, born in the City of Fullerton, in the heart of the District, has been a teacher, a City Councilman, a County Supervisor. His politics have earned him a reputation for being a staunch defender and innovative leader for limited government, fiscal responsibility, individual property rights, education reform, and public employee pension reform, all issues that resonate with the independent minded majority of Republicans who live in the strongly Republican District. He speaks to these issues with moral clarity, authority, boldness, conviction and consistency.

Lost in the brouhaha over his wife’s sudden carpetbagging political ambitions in the 72nd State Assembly special election is the curious fact that Dick Ackerman is very likely going to be a resident soon of the 4th Supervisorial District.

We’re not real sure yet where the Ackermans have decided to take up their faux residence, but chances are pretty good it will be back in Dick’s old happy hunting grounds, surrounded by the love of all his old Fullerton Rotarian pals. And if he does “move” to Fullerton he would be able to throw his hat in the ring for termed-out Supervisor Chris Noby’s job.

Far-fetched? Well, maybe. But the Ackermans seem to be the type of folks who avoid leaving anything on the table, so Shawn Nelson would be well-advised to watch his back… 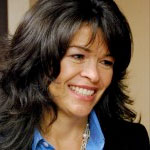 Last night the Fullerton City Council voted to give the County of Orange $4,000,000 of your money. Right now. Right out of your pocket.

So what’s the reason for this unusual generosity? It was because the County was threatening to sue the City over the diversion of property tax increment from the County through the bogus establishment of an expanded Redevelopment project area where no blight exists as required under State law.

The City lawyers, Rutan & Tucker,sure must have felt they had a lousy case – because they cooked up a deal behind the scenes to buy off the County with a ton of up-front cash plus some hinky lease back deals on down the road. Ultimately the total payout will be $25,000,000. We shared news of the the payoff meetings here . The County knows the Redevelopment expansion is fraudulent, because it has already made that argument publicly; but apparently there are at least three votes on the Board of Supervisors to take the deal and help out a fellow government agency. The County will formally go for the gold next week.

To their credit, both Shawn Nelson and Sharon Quirk-Silva voted against an action that both robs the taxpayers of Fullerton and violates a basic ethical standard. The other three broke the law, and they know it. But they’re not out of the woods, yet. A court will decide the matter.