Skip to content
Posted onApril 6, 2010April 6, 2010Dick Jones
by admin9 Comments on A Letter to the City Council by Judith Kaluzny

UPDATE: A version of this item is back on the agenda for tonight’s council meeting. Council denied the $69,997 expenditure last year. Now the Redevelopment Agency has broken the project into smaller increments, hoping that it can slither its’ way through in 2010.

This item failed on a split vote last night. Keller and Quirk against, Jones and Nelson in favor, with Bankhead absent.

I read the state laws regarding business improvement districts.  The process is that business people sign a petition to the city council.  It is not the job of redevelopment to gin up a petition to give the appearance of support for this new taxing agency.

Cameron Irons did a survey February 2008 and got about 10 responses regarding a BID, mostly negative.

Sharon Quirk as councilmember said in 2007 that people should pay for the privilege of doing business downtown.

Maybe you want the money for city improvement, but it is not RDA’s place to create a demand for a taxing agency business people rejected in a private survey–the appropriate kind for a BID–last year.

Please do not waste money on this ill-advised venture.  Vote no on Item 17 on May 19.

Yours truly,
A downtown business person, 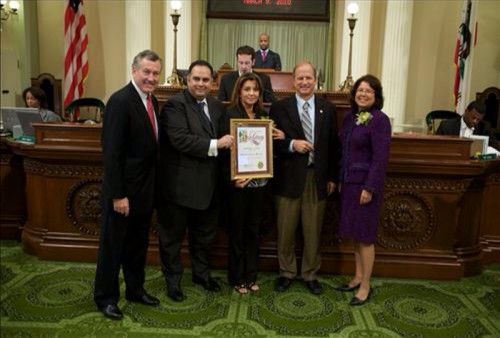 Our Friends over at the Orange Juice Blog just pointed out that Assemblyman Chris Norby has selected Freydel Bushala as his 2010 “Woman of the Year.” Bushala received the award from Mr. Norby yesterday at the Capitol in Sacramento. Norby said that Freydel was chosen because of her drive and ambition as a business owner, mother and involved community member.

END_OF_DOCUMENT_TOKEN_TO_BE_REPLACED
Posted onJanuary 17, 2010January 18, 2010Friends Around the World
by Jan Florys Dog8 Comments on In Regards to Nothing in Particular: Poor Maisie

Poor Maisie was a great devotee of the Belles Lettres – the smartest gal in Scranton, PA, everybody said. There was even talk of a portrait by John Singer Sargent, though nothing came of it.

Then she wasted away with the Consumption.

In this video from CSPAN’s BookTV, Steven Greenhut talks about his book Plunder!: How Public Employee Unions Are Raiding Treasuries, Controlling Our Lives and Bankrupting the Nation.

Fast forward to 22:20 and listen to Greenhut recount the story of how Shawn Nelson saved Fullerton taxpayers from a secretive retroactive pension spike orchestrated by council RINOs Jones and Bankhead in 2008.

This project could not have come at a better time, considering how the California budget is facing unprecedented shortfalls while the power and size of government continues to grow.

CalWatchdog’s first major story describes some upcoming state bills that allocate $11 billion to water projects which may not even be feasible. The story describes a “ready, shoot, aim” approach to water bonds that is destined to fail much like Gov. Jerry Brown’s geothermal “ghost” plants from the mid-1980s.

We hope that Steve’s new venture will bring some long-missing accountability to our negligent state legislature. 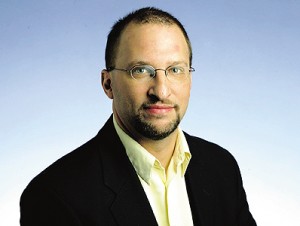 Friend, author and staunch proponent of  limited government Steven Greenhut will be hosting a 3 hour show on KFI AM 640 this Sunday from 7 – 10 PM. Tune in online at kfi640.com for a great show.

Steve has been busy lately. Last week he released a book titled “Plunder: How Public Employee Unions are Raiding Treasuries, Controlling Our Lives and Bankrupting the Nation”. In the book he argues that public workers earn more than other Americans and receive vastly superior benefits, creating an unsustainable burden on state and federal treasuries. The end result is higher taxes and massive debt.

Steve’s message has been getting an enormous amount of traction lately, primarily because a floundering economy has substantiated the truth that challengers like Steve have been warning us about for years: that big government equals big failure.

END_OF_DOCUMENT_TOKEN_TO_BE_REPLACED
Posted onAugust 15, 2009August 16, 2009Friends Around the World
by The Fullerton Harpoon16 Comments on My Travels Through Tanzanyisha – Part I

A few hectic weeks before I had not even heard of the place: Tanzanyisha. Yet, here I was, flying low over the lush tropical rain forest, as our DC 8 made its descent into the Mombazi Airport.

Ushanda City swept into view below: several aging glass and steel mid-rise towers of the 1960s International Style, hearkening to the early halcyon days of the Republic when the hated British had finally pulled out and independence was relished like the sweet, ripe fruit of the mango. A wide perimeter of low-lying bungalows, corrugated steel shacks, and shipping crates housed Ushanda’s hungry populace, and spread out to meet the uncertain edge of the steaming jungle.

And then we touched down.

Down the rolling stairway and onto the hot, shimmering midday tarmac. Suddenly I became aware of soldiers. Everywhere. Heavily armed. Rifles. Bandoliers. Grenades. I remembered the words of Richard Longtree, the often lyric author of Modern Journeys in East Africa, that I had purchased in Cairo and read on the plane:

Tanzanyisha has endured five military coup d’etats since 1990. Five regime changes. Five new constitutions each more outlandish and hollow than the one that came before. The people weep, but their tears are dry.

Inside the sweltering concourse large fans rippled the giant sheet of fabric bearing the vast likeness of Tanzanyisha’s newest President-for-Life, General Jonas Mombazi; Jonas Mombazi, DDS, who had risen from civilian dentist to rebel commandante, and finally self-promoted to his new and august position. His middle-aged face betrayed nothing about his personality; he hid his bad teeth behind bland, indifferent lips. A dentist should have good teeth. Since 2007 thirteen thousand of his countrymen had gone missing.

I got my duffel bag. The trip through customs was a perfunctory affair; a sullen looking soldier in camouflage fatigues and a black beret cast a quick glance in my direction and quickly jerked his head toward the exit. My passport was stamped and I stepped outside into the intense heat and near-blinding light of Jonas Mombazi Boulevard, a palm lined, four-lane strip of concrete that led into the potholed streets of Ushanda City. Twenty years of constant tank traffic had left its angry, chiseled marks.

END_OF_DOCUMENT_TOKEN_TO_BE_REPLACED
Posted onJuly 31, 2009December 28, 2009Friends Around the World
by admin30 Comments on The Fart Boy

A Friend of ours tells the story of a special kind of person, necessary to almost any organization. He’s the guy who always sits next to the boss. And when his boss lets fly with some flatulence, he is there to tell him what a great fart it was. That’s the Fart Boy.

We have discovered the Fart Boy of our Orange County life and times – Matthew Cunningham, aka “Jerbal” a low-grade lackey who hides all of his motives and prejudices behind high-sounding rhetoric, but who is, in reality, the biggest suck-up we have come across. Every time he has come to our blog it has been to shill and pimp and obscure some indefensible behavior on the part of one of his bosses.

Whether it’s his mentor John Lewis, Mike Carona, Tod Brown, Jim Silva, etc., etc., no one in authority, no matter how self-interested, crooked, or stupid, is too contemptible to receive praise from the Fart Boy. That’s why he’s here. And so we salute you, Fart Boy. You’re the best at what you do.

END_OF_DOCUMENT_TOKEN_TO_BE_REPLACED
Posted onMay 9, 2009May 9, 2009Friends Around the World
by thedivinemissk4 Comments on The Sunday Drive: A break from everything else

Yes, it may be said. Their dead are a lot fancier than ours.

The admin thought it best to give everyone a break and take you on a ride to Bonaventure Cemetery in Savannah. I suspect he wants a break from his Crackberry. Just take a break, hold the posts until Monday. I’ll take the Lord’s day, you plot the barbs you’re planning for next week.

Going to the cemetery is something I was raised doing. A few times a year, we’d clean up around where our grandparents lay, put flowers on the grave, then walk around trying to find the most unusual headstone, or better yet, go toward the pauper’s end of the cemetery and see how many had been added. But inevitably, the graves that always made us pause were those of children our age. Because we were a cemetery family, there wasn’t a summer vacation where we didn’t stop in at some obscure cemetery to visit its dead. Even photographs of funeral pyres taken during a trip to Nepal passed around after dinner were not considered unusual. Which reminds me, someday I’ll have to tell you about my labrador’s ashes.

And so a trip through Thunderbolt to see one of the grandest cemeteries in the nation was a natural thing for me. It’s off the road to Tybee Island, past stately Georgian brick homes, rib shacks, a perfect 50’s Buick and Cadillac dealer and other assorted businesses. Bonaventure used to be the outskirts of town –typical placement for a cemetery, and the city of Savannah grew around it.

Locals have said that “to be buried in Bonaventure Cemetery is better than being alive in most other places.” For almost 200 years, confederates, war heroes, city founders, children and gentlewomen have been buried here. They even moved some of the colonials here, like Noble Wimberly Jones. (Which, I think, is a smashing name).

Savannah deftly combines  beauty and tragedy. This is the city  that provided the bedrock for Flannery O’Connor, Conrad Aiken,  and a wistful Johnny Mercer. From obelisks, sculptures, wrought iron fences and replicas of pearly gates, the cemetery is shaded by large trees covered with Spanish Moss. Each grave tells a story. Eliza Wilhemina Theus was the devoted wife of a southern gentleman and confederate soldier named Thomas Theus. He erected this large statue for her, then waited eight years before passing himself. Corinne Elliot Lawton died the night before her wedding in 1877. She sits waiting on the steps of her grave, the epitaph reads, “Allured to brighter worlds and led the way.”

There are plots with entire families, many with small graves for children, even statues that look like them. There are soldiers from every war: from The War Of Northern Aggression, the Spanish-American War, and all others after. At the end of our wander, we came across the resting place of one of my favorite poets,  Conrad Aiken, who penned these words:

I cannot remember the softness of a kiss,
The fleeting warmth of a breath.
The evening falls, and brings me only this —
The melancholy of some forgotten death.

After seeing so many graves, we finally reached the Wilmington River. With its sweeping views, tragic stories of the dead, beautiful sculptures and towering trees, Bonaventure is one of the great romantic cemeteries in the country.

Ironically, Thunderbolt is one of the areas I’ve been looking for a home in. It could be that one day, I might end up here myself. But before I do, I’d prefer to fulfill the destiny of becoming one of the local eccentrics who stops by, walks the dog, and has a chat with Miss Lawton.

For more on my trip to Savannah go to my blog. Then type in “Savannah” in the search box.

Former Fullerton tourists and bon vivants Jean Claude DuMonde and Charles Louis Verlaine  getting excellent wifi connection, and enjoying illuminating and witty FFFF blog posts along the seedy cobblestone streets of Marseilles, prior to embarking for North Africa to participate in the Paris-Dakar rally.