Over the week-end we read some interesting things about the surreptitious “Fair Foundation” and their publicly paid lobb….er, consultant, Dick Ackerman. It transpires that the State AG, Jerry Brown has pulled the plug on legal support for the Fair Board, arguing quite reasonably that the Board majority are members of the clandestine Foundation, and that the taxpayers ain’t gonna pick up the tab to defend their misfeasance. Now they’ll have to pay for their own lawyers, thankfully, and we won’t.

We also learn that Ackerman’s law firm was paid over $19,000 in public funds to do something (not lobbying of course – that would be illegal). We would dearly love to see the billing statement with dates and activities.

Honorary Fringer Vern Nelson has an excellent post this AM over at the OJ blog.

The helpful folks over at the OC Progressive have posted a fun run down here, passing along info gleaned by the Daily Pilot via a public records request.

Despite all the obfuscation and dust kicking up by Foundation apologists, it seems like the truth will emerge.

END_OF_DOCUMENT_TOKEN_TO_BE_REPLACED
Posted onDecember 6, 2009January 16, 2010Dead heads
by Joe Sipowicz17 Comments on And So It Begins. We Called It

Well, we called it all right. Matthew J. Cunningham had just invited one Cynthia Ward, AKA “Colony Rabble” to blog on the quickly purpling Red County Blog. He caught a lot of flack from us and one of his own bloggers, Allan Bartlett, for bringing in an obvious RINO into his herd.

It was clear to everybody that Ms. Ward’s sole function was to promote the Supervisorial campaign of Democrat Tom Daly. To his own bloggers he claimed that Ward was there to provide Anaheim coverage. Mr. Cunningham actually had the nerve to show up on our blog to claim that we couldn’t prove anything, and that he was a model of toleration and open mindedness, and, that in any case he could only think of one thing he disagreed with Ward about – the Suncal project.

He obviously wasn’t thinking about it very hard, and fortunately Colony herself immediately provided the example of Proposition 8 that she opposed, as a point of disagreement – a real watershed issue if ever there was one. Now there’s a shot to the shorts in the credibility department.

But we digress. Sorry about that.  The following sparkling comment made by Ms. Ward on her new blog was just forwarded to us by a observant Friend:

Sidhu and Galloway will both be shocked that they cannot buy their way into this seat. But I am as appalled as you that they both just begged to be put back into Council seats they clearly do not respect or value. A recall could be interesting, but there are bigger fish to fry in the coming months. Not the hill I want to die on. At least not right this minute. I might be pursuaded later. For now, go find a good candidate (like Daly) to back and give that your energy. Defeating them with a good Supe would be the ultimate revenge. Go get ’em. 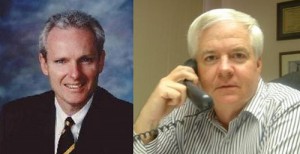 A good candidate like Daly?Hmm. Well we did call it: dish dirt on Sidhu and Galloway to help clear the Anaheim field for John Lewises Democratic candidate Tom Daly. Yup. Pretty transparent.

END_OF_DOCUMENT_TOKEN_TO_BE_REPLACED
Posted onDecember 3, 2009January 4, 2010Behind Closed Doors
by Joe Sipowicz7 Comments on The Fullerton City Council And It’s Trail of Tears to Nowhere

We have almost exhausted ourselves relating the long and troubling story of the Poisoned Park, AKA the Union Pacific Park, a perfect case study in local government overreach, squandered millions, and zero accountability from our “very, very good” City Manager or anybody else for that matter.

First the Redevelopment Agency interfered in a private sector transaction; then they unwittingly acquired contaminated property. Then they built a park that nobody but cholos and borrachos used (good thing half of it was fenced off!). Several million bucks later city staff sat on an embarrassing disaster whose magnitude could only be minimized by comparing it to other historical Redevelopment fiascoes.

But now to the point of this post. On Tuesday, the council voted to apply for grant  funds to continue the “trail” westward from Highland, even though they had been informed of a toxic plume under the property. More millions spent on more contaminated property! And still no explanation about the fact that this idiotic “trail” has no provision to take pedestrians, cyclists (or horses, yee haw!) over the at-grade crossings at Highland and Richman; and no coherent vision about how this thing is supposed to function at all.

When the issue of contamination popped up, City Engineer Don Hoppe made some noise about how they had looked into the issue (yeah, sure Don); ever helpful City Attorney Jones suggested that the application be made anyway while some sort of site check up be performed.

Huh? Once again nobody seemed real curious about how the City got stuck with contaminated property (no doubt mistakes were made and hindsight is 20/20). Instead of accountability they seem more more interested in chucking more good money after bad.

And of course it didn’t really seem to bother anybody that the City’s previous efforts on the Union Pacific right-of-way have been a titanic debacle from start to…well, there will probably never be a finish.

The thought process behind the original, ill-conceived acquisition still seems to be driving things along: it’s there, we’re the City, and there is an opportunity to own property, play park designer and trail manager, not to mention playing around with millions of dollars of somebody else’s dough.

The Red Bottom Boys have just added a new blogger to their dismal and vacant site: Colony Rabble, otherwise known as Cynthia Ward. She is supposed to be addressing Anaheim issues.

Cynthia is best known to OC bloggers as one of the big advocates of the SOAR coalition that fought the Suncal project near Haster and Katella in Anaheim. And this makes it weird since Matthew J. Cunningham and his other man-crush, John Lewis, were working for Suncal at the time. While Cunningham was trying to canonize Lorri Galloway and demonize Disney, Ward was hard at work trying to make sure that martyrdom preceded sainthood.

And just today Cunningham is going off on some rant about the Costa Mesa council members approving ballot box zoning – just the thing Ward was preaching on the Suncal deal.

So what gives? What gives is that Ward, who is about as conservative a Republican as a brown trout, just luuuuuuvs Tom Daly. She’s been onto our site recently touting the wonders of career politician Daly.

And there you have it. “Conservative” Red Bottom brings on board a ballot-box zoning RINO who coincidentally supports the candidate John Lewis is pimping as hard as he can.

We hear that Anaheim Mayor Curt Pringle is raising money for Harry Sidhu’s putative bid for the 4th Supervisorial seat next year. Pringle deals with Sidhu on the Anaheim City Council, and Harry’s an okay guy, and at least he, like Pringle, is a Republican. But goddam it Pringle, Sidhu does not live in our district. He lives in the “Elegant Yorba Estate” that, unfortunately for him, is located in the 3rd District!

Let’s not forget that Pringle also endorsed the candidate with the phony residency in the 72nd AD election – Linda Ackerman, whose entire campaign was one fraudulence heaped on top of another. So what gives? Does basic honesty count for anything among our electeds?

Guys like Pringle and John Lewis are obviously into politics for what they can get out of it personally. Like Lewis, Pringle is a lobbyist, making his living off of all the contacts made during his days in the Legislature, and by making calls to people that he has helped. And that makes him just as big a government parasite as any government union worker.

Today Red County blogger Matt Cunningham ran true to form, wasting thousands of keystrokes on another weirdly irrelevant post about the OC Fair, once again failing to even mentioning the fact that Fair Board members met in secret to organize a “Foundation” to buy the Fair; that a few days later they voted to hire a “consultant” to lobby the Governor’s office to include beneficial language to a potential RFP ( paid for by the public); that the so-called consultant (not publicly chosen by the Board), Dick Ackerman, was legally barred from lobbying at the time; that the County Counsel, Nick Chrisos has written a letter to the State Attorney General’s office (a facsimile of which was posted on this site) questioning the above mentioned activities; and that the AG has dumped the business into the lap of OC DA Tony Rackauckas. All pretty interesting stuff, you would think, especially for a blog that’s supposed to be about OC politics.

In his latest post Cunningham claims to be neutral on the sale issue, but nobody is buying that load of horseshit. It’s clear he is up to his old misdirection routine – high-stepping for the OC Repuglicans at their very worst.

Searching Cunningham’s own blog archive reveals that he was himself a proud recipient of Fair Board largess, and that he brushed off the misfeasance of Board members who directed hundreds of thousands of dollars worth of free food, drink, and tickets to their pals – pals like Mike Carona, and even to small fry like Cunningham himself.

Is this the only reason Mr. Integrity has failed to even make mention of the funny stuff? Probably not given the fact that some GOP high rollers and Central Committee members are part of the backroom cabal that was obviously playing fast and loose with their authority. His man-crush Dick Ackerman is the “consultant” who seems to have been already hard at work getting the enabling language into the AB22, and who was then then hired to lobby Arnold to get preferential conditions into the RFP.

This fine paragon of virtue has based his little career on looking the other way while his buddies were misbehavin,’ but he can’t seem to understand why he is such an object of derision by so many people, and why some folks are just sick and tired of the Repuglican misrule in this County.

I would do a count-up to see how long it is until the Red County actually does an honest post on the Fair saga, but why bother? I already know it’ll never happen.