Odds are that the Fullerton City Council will vote tonight to fire the Library Board and replace it with themselves in a cynical attempt to steal property to offset some Police & Fire Pensions. Fitzgerald wants to do it, Chaffee wants to do it and it likely won’t take much effort to convince Silva to do it.

Why? Because the city needs to pad the budget to fill holes left by Public Safety Pensions and totally predictable but avoided CALPers issues.

Thus the City is planning, under Ken Domer’s guidance, to take property donated to the library to plug General Fund budget holes.

This is the brainchild of Councilwoman Fitzgerald despite her original campaign rhetoric about libraries being a “core service”. I guess we can just add this to the long list of lies Jennifer Fitzgerald said to get elected. We’ll put this one right up there with her promise not to take a salary and to desire to implement zero based budgeting. 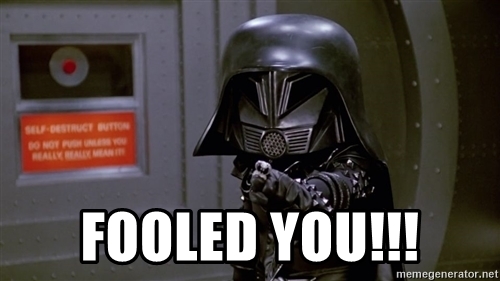 Why Fitzgerald and Domer want to take over to the Library is pretty obvious. The library board has some land – some sweet, sweet land worth millions that Ken Domer is salivating to sell.

Like fingers in a dam leaking beyond hope, the plan is to sell the Hunt Branch Library and plug General Fund holes. Holes that will re-open once that money and property long out of City control. That will happen. You heard it here, first.

But are they really lying? Yesterday’s Voice of OC story pretty much sums up the sheer volume of lies being told. Let’s tackle just two of them in order.

First we have Doug Chaffee. The man who would be Supervisor.

“I’m unaware of any one of us wanting to take it over,” Chaffee said. “I don’t see support for it.”

Oh really? Maybe if you were paying attention to the Council where you sit as Mayor you would have heard Jennifer Fitzgerald asking for EXACTLY THIS back in May. You’re unaware of any one? Not even your fellow council members? Daft much?

Next we have Ken Domer, our City Manager:

“So whether something is popular or not, the item must be brought back to Council for consideration and the public has the opportunity to provide input.”

This is utter claptrap and not how government works. Two Council Members OR Staff have to agendize an item to be on the agenda. Somebody has to want it, it doesn’t just have to happen because it was floating in the ether of ideas. Like the Underpants Gnomes, Domer seems to have left a key step off of how plans work. If Fitzgerald wanted this and the other four told her to kick rocks then she wouldn’t be able to agendize it. So this means that either a second council person wanted it OR Ken Domer is playing CYA and pretending like this isn’t an action of his own making.

Imagine that.  A Fullerton City Manager ducking responsibility for a crime of his own making.

Back to Chaffee from the VoOC article:

Chaffee said, should the city sell the Hunt building, some of the money would go back to the library system.

“It is city property for the council to decide on, without the library board,” Chaffee said.

Wait. Let us go back to the article:

In February 2016, the board voted to sell the property and then-City Manager Joe Felz said the City Council would direct the funds from the sale back into the library system, according to meeting minutes.

So we closed a library, the Hunt Branch, because we were too broke to fund it, and the Board of Trustees agreed to the need to fund it or sell it with the sole intention of helping improve or fund the library system. Now we’re going to sell that property and sock “Some” of the money back into the library system because our council can’t do math. We can’t legally touch the Hero Pensions thanks to Supreme Court precedent (The California Rule) and heaven forbid Chaffee, Fitzgerald, Flory, Silva or any other boot licking math illiterate before them ever once looked at our budget to see the writing on the wall.

Yet here we sit. Contemplating selling city assets to plug budget holes we Chronic Malcontents said were coming to the guffaws of liars like Jennifer Fitzgerald and Jan Flory.

Thankfully the Library Board of Trustees is pushing back against this nonsense.

They wrote a nice letter to Council that hopefully will sway Silva and Chaffee considering their upcoming elections. I’d be hard pressed to believe that Whitaker or Sebourn are this inane so I’m hoping they don’t need the swaying. As this was Fitzgerald’s idea she’s a lost cause and will be going to bat for killing this “core service” because every time a budget crunch happens libraries are one of the first things on the chopping block. Later on in the future when this turns out to have not solved the problems you can anticipate the coming tax increases.

While I appreciate the Board of Trustees finally fighting back against this precarious, and likely illegal, overreach by Domer and Fitzgerald I find it to be almost too little too late. The BoT never should have been so naive as to trust a city council or a City Manager when the interests are not aligned. When the BoT agreed to the Hunt sale in 2016 did they forget to look at their own dealings with council? Did they not know that their budget was cut to effectively offset donations before the 2011 Library Renovation?

This idea tonight is a terrible idea and should be rejected flat out. The Board of Trustees is a separate organization precisely because their job is to care about maintaining the best library possible in the most efficient way possible whereas elected officials care about reelection if past is prologue City Managers care about covering their asses.

Show up, speak up and demand that the lies and shenanigans stop. We pay taxes for services, we should be getting our money’s worth and we simply cannot trust the City Council.

10 Replies to “City Lies While Attempting Hostile Takeover of Library”