Update 2: An FPD officer told a Friend last night that the police were in fact gearing up for potential protests in response to the DA’s announcement, which is expected in this coming week.

Update: Travis, I can’t believe the FPD would be stoopid enough to start a riot at a benefit for the homeless (still, I’m wondering if their dumbness even has a bottom level). I truly believe the protesters in from of PD HQ are getting into their little heads. Everyone make as much noise as you want but PLEASE stay on the sidewalk!

Today a helpful Friend snapped these photos of Fullerton police officers dusting up on their riot control skills and baton swinging techniques inside the walls of the FPD compound. 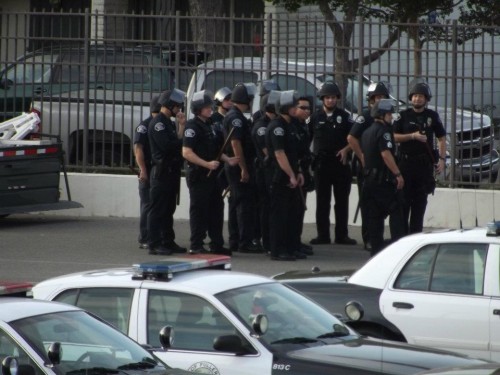 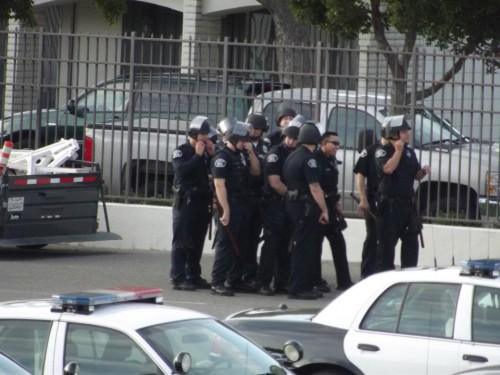 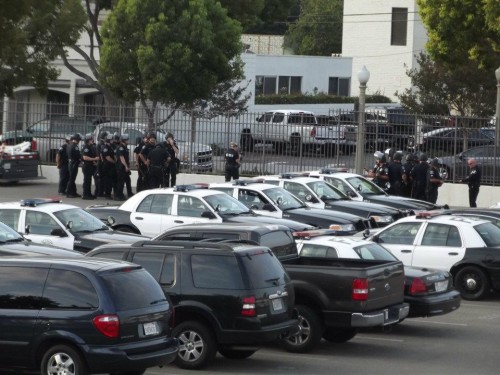 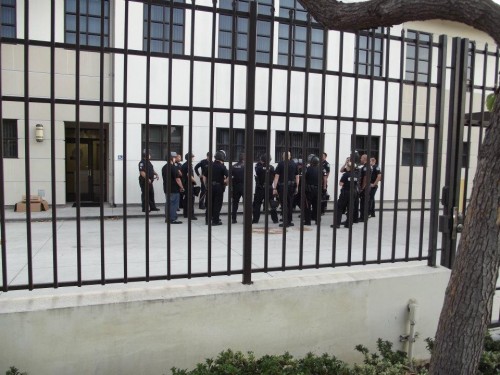 The timing is curious. There is a rock concert for Kelly Thomas on Saturday. And the DA has hinted that he may make a big announcement about the cops who killed Kelly Thomas as early as Monday.

Nearby residents say that riot training is not a common occurrence in the FPD parking lot.

I wonder what’s going on?