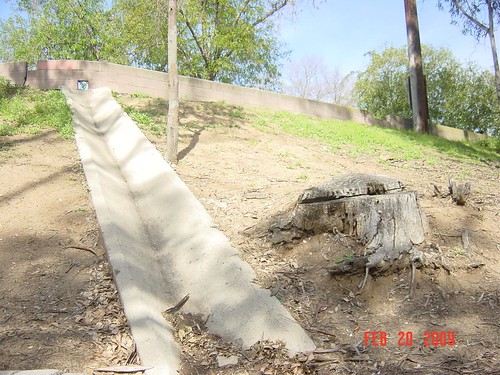 UPDATE: We are republishing this wonderful post by Fred Olmstead originally posted on February 21, 2009. We do so in order to highlight the fact that the park – suffering from real blight – is in the Redevelopment project area, and stands as yet another testament to the failure of Redevelopment. Sharon Quirk, are you reading this?

Loyal Friends of Fullerton’s Future, gather ‘round the cool glow of your computer terminals and follow a sad saga of miserable municipal negligence.

Located in the center of Fullerton is a resource of inestimable value, overlooked by almost everybody in and outside of City Hall: Hillcrest Park. Included in an early vision of the city it followed upon the City Beautiful, and natural urban park elements of the Progressive movement; and coincided nicely with the new auto culture of the 1920s, positioned as it was, along the original Highway 1.

Developed fully during the Depression in a rustic mode, the park soon after began a long decline into municipal irrelevance, and if anything, seemed to be perceived by many as a liability rather than a great asset.   This tragic trajectory is a shameful blot on Fullerton’s history and is akin to placing your eighty-five year old mother in a criminally negligent nursing home.

After Don Bankhead and Fullerton’s Finest chased out the acid-dropping hippies in the 1960s, the park became a haven for perverts; trees began to die and were not replaced; erosion claimed many of the north and west facing slopes and was not arrested; as the infrastructure crumbled it was replaced by City Engineer Hugh Berry with incongruous cinder block walls and concrete light poles. 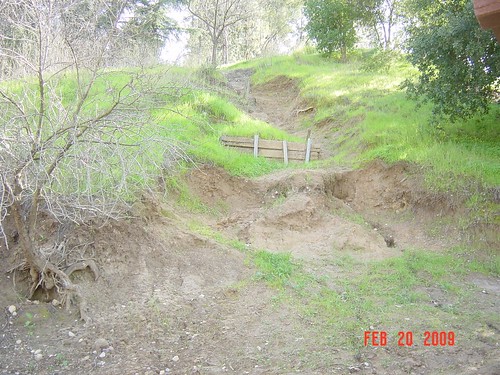 In the mid-1990s Redevelopment Director Gary Chalupsky, in a philanthropic mood, decided that Redevelopment funds could be used to address Hillcrest Park issues – the first official over-the-shoulder glance toward the park in years.

And here, dear Friends, the story turns from a chronicle of benign neglect to one of outright incompetence and, one might plausibly argue, a form of bureaucratic malevolence.

In 1996 the usual scoping/charette pantomime was performed with an historic park landscape architect, specially imported from Riverside. An odd thing happened: every time the consultant prepared a list of priorities for the park, the Community Services Department’s wishes kept getting pushed to the top. The Director of Community Services was Susan Hunt, a woman long known for her mindless turf battles with her constituents – (including the Isaak Walton Cabin in Hillcrest). Hunt was determined to hijack the process and divert resources from where they were needed to facilities that she and her department could control and perhaps even profit from. 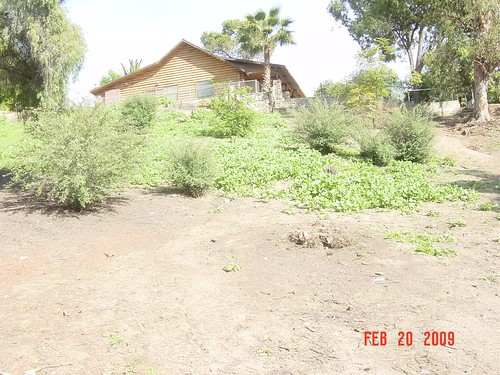 Hunt was successful. The consultant, knowing whom it was important to please, seemed only too happy to abet the fraud that was perpetrated. The city council (including current Jurassic members Bankhead and Jones) went along. Chris Norby was there, too. Now he’s in charge of the County’s parks.

A new playground replaced the old one in the Lemon parking area even though no one had complained about the existing one that parents seemed to like. More egregious still, a new facility (known as Hillcrest Terrace) was built behind the Veteran’s building that could be rented out for social functions. But the real needs of the park – slope stabilization, plant cataloguing and replacement, the removal of inappropriate elements – went unaddressed – and the problems have continued unabated to this day, ten years later, as interest in the park waned again.

Last fall the City once again roused itself from its somnolence and created an ad hoc committee to consider issues related to Hillcrest Park. The time is, perhaps, propitious. Susan Hunt has disappeared into an overdue and well-compensated retirement, current Director Joe Felz is much more amenable to citizen input. It’s time to reclaim this park.

Hillcrest is still in the Redevelopment Area and remains affected by indisputable blight. This should become a priority for Redevelopment Director Rob Zur Schmied.

While we wonder if the Hillcrest Park committee will actually display the necessary independence from staff manipulation, and that they possess the necessary technical abilities, we wish them well. And we encourage citizens to make sure that this time any assessment of Hillcrest will objectively address the needs of the park and report directly to the City Council. Recommendations should be included in the City’s Capital Budget.

Hillcrest Park can and must return to being the crown jewel of Fullerton’s parks.

34 Replies to “THE STRANGE & TRAGIC TALE OF HILLCREST PARK”