Dear Friends, a few weeks back Friends for Fullerton’s Future filed an appeal of the appalling decision by the Fullerton Planning Commission to grant a bogus “special event” permit to Roscoe’s in order to legitimize the ongoing violation of the City ordinance regarding outdoor live amplified music in the C-3 Zone. The appeal was based on the fact that playing live amplified music outdoors is detrimental to the health, safety, peace, comfort and general welfare of persons visiting, residing or working in the neighborhood and is injurious to property or improvements in the area.

We are pleased to inform you that as a result of our appeal, Roscoe’s has withdrawn their application, therefore no public hearing on Roscoe’s appeal will be necessary. 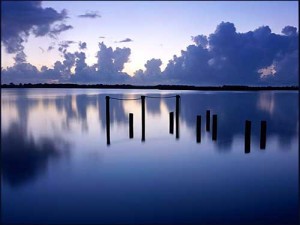 The room filled with cheers and applause at last night’s Fox Block community meeting when a citizen stood up and pronounced that the Redevelopment Agency should avoid creating more buildings that are meant to look like fake old clones of existing historic buildings.

The developer who was giving the presentation wanted to make sure that he was hearing this right… he asked for a show of hands – who wants Spanish/Mediterranean-style architecture that mimics the current Fox Theater? Two people out of 50+ raised their hands. Judging by the earlier applause, the vast majority of citizens were in support of creating long-lasting buildings in a contemporary style that would one day become historically significant themselves. The developer even went on to openly mock existing redevelopment buildings in Fullerton, at which point Redevelopment Director Rob Zur Schmiede stood up and absolved himself of responsibility, saying that the fake old buildings were created before his tenure.

Where did this sudden hatred of fake old design come from? We can only surmise that the audience was filled with citizens who have been reading this very blog, which has been loudly criticizing these projects for several months.

There are still many serious problems with this development project (we’ll get to that later), but it’s good to see that FFFF is having a positive impact on the future of architecture in downtown Fullerton.

In the spirit of open government, Fullerton Police Chief Mike Sellers made a promise to publicly disclose internal department policies and procedures on the city website.

Even before Chief Sellers joined the Fullerton PD last month, there were musings of his strong stance on community-oriented policing. It sounds nice, doesn’t it? After a month on the job, it was time to put the PD to the test.

I made a quick request for the department’s taser policy in preparation for an item on the council agenda that would allocate $40,000 for new tasers. Chief Sellers’ initial reaction was the best that we could hope for… his command staff even offered to bring the policy by my house so I would have it in time for the meeting!

Unfortunately, we suspect that someone else at the department noticed my FFFF membership card because officer friendly was then told to deny my public records request. Perturbed by this sudden reversal,  I informed the chief and city council that the issue would be brought up at the city council meeting that night.

By the time I had spoken at the meeting, Chief Sellers had taken a stand and informed everyone that internal department polices would be available to the public and posted online.

The Chief knows there are loopholes in public record law that allow police departments to shut out the public, but Fullerton can rest easy knowing that FFFF and Chief Sellers have solidified their right to observe the inner workings of our government. And that’s how it should be.