Stand with Kelly’s Army and demand answers! From Ron Thomas:

Now that everyone knows the truth that I have been carrying inside of me for many months, please join me at the Fullerton City Council meeting Tuesday night May 15th at 6:30pm. The city council, and Cpt. Dan Hughes (the acting Chief) need to finally come clean and give us, the people, the answers that we have been asking for. First, how did Cicinelli get hired as a full time patrol officer with only one eye? With this knowledge, how come they let him endanger the public by letting him drive Code-3 for ten years without any left side vision? Why, after seeing the city video many times did the police department including Capt. Dan Hughes allow all six officers to remain on duty for six weeks until Kelly’s Army pressured them to take them off of the streets (Bruce Whitaker also made this happen)? Why is it that Capt. Dan Hughes STILL after seeing the City Video over 400 times (his admission) has not fired Joe Wolfe? No matter where you live, come out and demand the answers. Become part of Kelly’s Army and help us get justice for Kelly.

Even if you can’t physically attend, please show your support by accepting the invite. That way it will post to your page and others will become aware. We’ll also be posting links to the council meeting so you can watch it live.

Believe it or not, the other day the Liberal OC blog actually provided useful information that you won’t find anywhere else. Why? Most likely because the Democratic Party of OC is so lame it can’t maintain a decent website.

According to the Liberal OC the OC Democrats have come out in favor of the Fullerton Recall. Good call, Dems. Although they probably think getting rid of three Republicans is some sort of political accomplishment, the Republicans in question are so addicted to wasting money, giving the public employee unions everything they want, and generally demonstrating the drunken sailor behavior we normally associate with the Dems themselves, it wouldn’t seem like much of an accomplishment.

Still, it could be that the County-level Dems actually want to get rid of the creeps who cultivated a Climate of Corruption in the FPD that has seen a conga line of felonious behavior on the part of the cops, culminating in the beating death of a helpless homeless man last July. And that’s a good thing, especially since the Old Guard Democrats in Fullerton have been tomb-like in their silence in the wake of the Kelly Thomas murder and the series of civil rights abuses perpetrated by the cops that have come to light.

The Dems did endorse replacement candidates, too: somebody called Glenn Georgieff, a Paula Williams (neither of whom I have ever heard of before) and of course Doug Chaffee – the man who has been somewhat humorously referred to as the Fence Sitting, Cardboard Candidate.

One might ask the question, “How in the world did Fullerton get stuck with not one, but two Dick Jones”?

This spectacle of Doc HeeHaw sharing his consternated confusion over the illegal water tax boils down to this: his lawyer, Attorney Dick tells him it is illegal and should be got rid of (15 years too late, of course); and Doc Dick agrees. His solution? Change the name of the tax!

Can it be possible that he actually believes the idiocy that tumbles out of his yapper? When it comes to muddled, loud, Southern-fried buffoonery there’s just no beating F. Dick Jones. 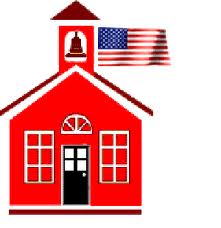 Remember that strange episode up at Beechwood School a couple of months ago when parents were called in for a really scary meeting and not really told anything? Some teacher did something. Somewhere. Somehow. FSD Superintendent Mitch Hovey was just double-talking hard.

Now the OC Register is reporting that the still unnamed teacher’s offense – having “inappropriate” materials on his computer at school – does not rise to the level of a crime. At least that’s what Acting Chief Dan Hughes reported after an FPD investigation was submitted to our hard-working DA (okay, no snickering). Says Hughes:

“The investigation discovered potentially inappropriate photographs and videos on a school computer assigned to the teacher. But I am pleased to report that in this case, there is no evidence to suggest any Beechwood students were victims of a crime.”

Well, that’s good news, although what the guy had on his computer that caused all the hubbub remains shrouded in secrecy.

But according to the article Mr. Teacher isn’t out of the Beechwoods yet, and remains on “administrative” (presumably paid) leave while the Fullerton School District pursues its own investigation.

Jeez, Fullerton must be the public employee investigation capital of the Western World. 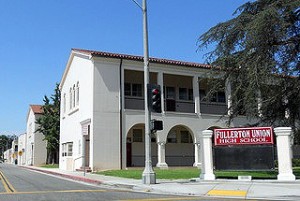 The OC Register is reporting that FUHS Vice Principal Joe Abell has been removed from campus and is cooling his heels at District HQ, presumably until the furor dies down about his yanking a student off stage at a school-sponsored “Mr. Fullerton” contest.

Apparently the boy,  Kearian Giertz, 17, wandered off the FUHS Indian reservation and made unscripted comments about hoping to find and legally wed the (male) light of his life.

As always, thought of the Friends are welcome. Please try your best to be mature. 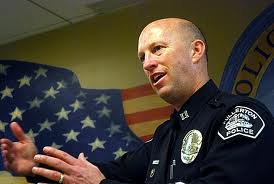 In a stunning reversal of previous statements, Fullerton’s acting police chief, Dan Hughes, today admitted to FullertonStories that something is terribly wrong in the department. Here are some of the highlights:

“When it was just a couple of things that got out we knew we could get by just avoiding the questions and denying everything, or even going with the old ‘a couple of bad apples’ dodge. Goodrich and Lou Ponsi were working like a well-oiled machine. But when new incidents kept coming to light, and coming, and coming, it became progressively harder to cover that all stuff up,” he said with a slight groan.

“I smiled, I stood in front of the flag, I acted indignant, and believe me, I appreciate all you did to help,” he added with a wistful smile. “You guys were great.”

“Finally, covering up just became a full-time job and I knew it was time to admit the obvious: there is a inbred Culture of Corruption in my department, and frankly, I don’t have either the desire or the ability to clean it up,” he said.

“I’ve been with the force for almost thirty years, including running the operations of the patrol function. If anybody is responsible for the sad state of this department it’s me. Rincon, Ramos, Cicinelli, Mater, Mejia…” he said in a whisper that trailed off into a series of quiet sobs. Regathering himself he concluded “therefore, I will resign as soon as another Acting Chief can be uncovered.” 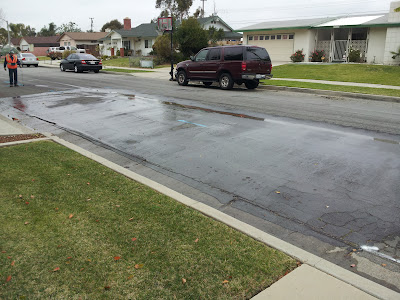 If you could choose a place to break a water line, would this be at the top or bottom of the list? It’s in front of my house this morning…again!

This is just around the corner from the house that exploded yesterday and has many questioning the water systems integrity and capability when taxed with fire services. Did the sudden demand on the system place too much stress on the water lines? One would think so but I have not been able to speak with the Water System Manager, Dave Schickling, or the City Engineer, Don Hoppe, to ask.

After you and I have contributed $27-million through the water tax since 1996 to the City’s General Fund, you would think the City would have this under control.

A City of Fullerton representative contacted my wife to tell her that, because the leak is slow, they’ll be out TOMORROW, on a Saturday, to fix the line. Can you say OVERTIME? Seriously.

If the City was ever going to try to demonstrate water efficiency and commonsense responsible water management, you would think they might want to expedite a water main break. I wonder how many other breaks occurred since yesterday… 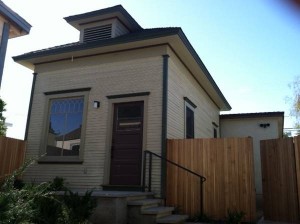 After many years, and many splinters, my brother George and I recently finished our latest project.

For those that bought into the anti-recall propaganda that I’m some sort big-time developer, well here you go: I moved a 375 sq.ft. house about 200 feet and restored it!

To read more about my big downtown development project please read the article by The OC Weekly’s Brandon Ferguson, here.

Well, Lo and Behold: it’s not necessary according to Legislative Counsel who determined that such a right already exists. Looks like somebody forgot to tell our esteemed City Attorney Dick Jones, who has publicly defended denying Whitaker access to city-owned records.

And it looks like we have another Recall issue.

So who the Hell is really in charge in Fullerton? The cops? The bureaucrats? The unelected City Attorney? The Three Triassic Fossils who have no authority to deny a duly elected official access to official records? Who?

In the words of the Bard, Bob Dylan in “Oxford Town”: somebody better investigate soon.

Can elected officials be denied information obtained at public expense on public property? Can unelected attorneys and administrators keep such information hidden from those who appointed them?

That’s what’s happening to Fullerton City Councilman Bruce Whitaker. His request to view the city’s video of the fatal beating of Kelly Thomas has been denied by the City Manager and City Attorney. That video was made by a city-owned camera at the city-owned Fullerton Transportation Center. Three of Bruce’s colleagues have chosen not to watch the tape, but have never voted to deny it to him.

Bruce doesn’t seek to release the tape to the public, or even have his own copy. He just wants to see it, to be in better position to understand what happened on that fateful July night. So I drafted a bill clarifying an elected official’s right to the same information as those they hire. “Bruce’s Law” would assure those we elect have access to information they need.

My bill was rejected by Legislative Counsel, however, as unnecessary.  I was told that elected officials already have this right. I was told that unelected government employees cannot deny public officials information they need to represent their constituents. I was told that video camera footage taken by a public agency can be viewed by an official elected to govern that agency.

A new bill cannot be introduced which simply duplicates existing laws. But Bruce is still being denied the tape.

Okay, my first foray into look-alikes today was pretty feeble. 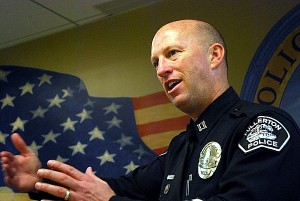 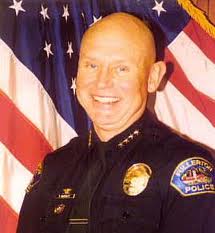 Now tell me I’m not on to something.