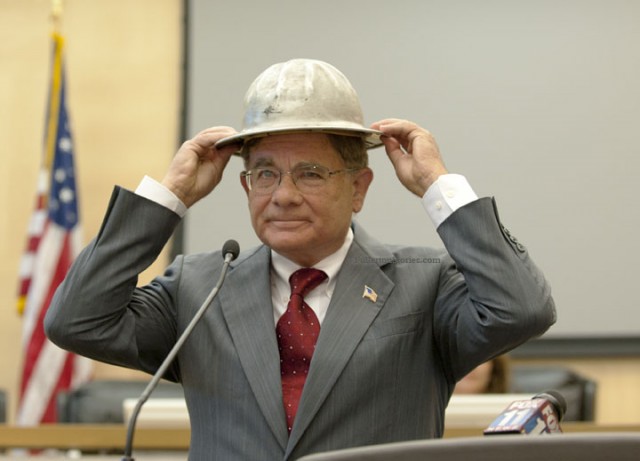 In his desire to promote Chief Danny, Fullerton Council Mole, Doug Chaffee went a bit too far. First he indicates that six cops have been disciplined and some have been fired! Oh, oh. That’s a violation of POBAR, isn’t it? Our trolls are always saying so.

Will The Mole Man’s comments result in a lawsuit by the rogue cops? Let’s hope so. Little Doug can explain what he meant.

What is even more astounding is that Chaffee acknowledges fourteen disciplinary actions by “Acting Chief Danny,” an incredible figure when you consider that some of the bad behavior that we already know about hasn’t even been acknowledged. In other words, Chaffee admits that at least 10% of the force has been disciplined for behavior no doubt well known and protected by a great many more members of the force – including sanctimonious pricks like Jason Shone, the Internal Affairs sergeant.

Chaffee thinks it’s “remarkable” that corrupt cops got “disciplined.” Of course we have no idea what that means, or even if it’s true. What kind of twisted culture exists when the elected authority finds that disciplining bad cops is “remarkable?”

I don’t know about you, but to me that sure sounds like a Culture of Corruption.

36 Replies to “Chaffee Spills The Beans”