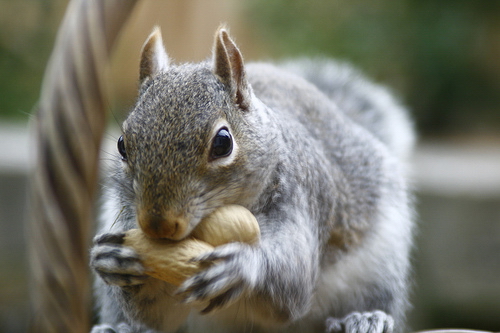 We’ve been tracking the doings of Fullerton City Council member Pam Keller lately, with particular interest in her job as Executive Director of something called the Fullerton Collaborative, an outfit with fairly fuzzy goals whose biggest expense in 2007 was Pam Keller herself.

We’ve gotten a little bit of blow back from some Keller supporters who just don’t seem to understand the problem we’re having with a City Council member who might just be voting on projects whose applicants are also contributors to her Collaborative, and hence, pay for her services.

To help illustrate our point we helpfully provide an example. On their website, the Collaborative lists St. Jude’s Medical Center as a member here . Well, members pay dues, and those dues go to the revenue that pays for an Executive Director. Now let’s say (for the sake of argument) that St. Jude’s had some important business before the City of Fullerton. Oh. Wait. No need to suppose.

In December of 2007 the Fullerton City Council voted to approve a general plan amendment, a zone change, permits, and associated CEQA documents that permitted St. Jude’s to expand on the west side of Harbor Blvd – adding a massive new medical building and a gargantuan parking structure here . The vote was 5-0 (check out pages 5 & 6) – meaning that Keller voted to approve a huge project in an already heavily congested area proposed by a key member of her Collaborative, a member whose contributions that year went into the kitty that paid Keller’s salary. We see that as a huge conflict of interest – even if her relationship might somehow be legalized by the fact that she was really an FSD employee in disguise. The fact that the approval didn’t hang upon Keller’s vote offers us little comfort. What if it had – as in the case of the recent Redevelopment expansion?

END_OF_DOCUMENT_TOKEN_TO_BE_REPLACED
Posted onAugust 31, 2009January 5, 2010Fullerton BooHoo
by The Fullerton Harpoon20 Comments on Who’s Who In The Zoo

It’s always nice to know who is who. And when somebody gets up in public to opine on a subject, it’s particularly useful to know what relationship exists between the speaker and somebody – like a staff member, or a city council member- who is promoting a specific item on a public agency agenda.

While we are always promoting the importance of what is said rather than who said it, there’s no denying the fact that having people get up and speak, no matter how stupid or uniformed they are, helps sway councilmanic opinion; and when the council persons aren’t the brightest bulbs on the tree to begin with, it’s just that much more effective.

Here’s a story: somebody named Lee Chalker showed up at the hearing for the Redevelopment expansion hearing and spoke in favor of the expansion. She even got her name in a Barbara Giasone article on the subject here . Now, none of us had ever heard of Lee Chalker before despite her having lived in Fullerton for 35 years. We wonder if she really knew what she was talking about since her stated concerns about bad roads and drainage suggest current deficiencies in the Engineering Department rather than Redevelopment issues.

A little research on Lee Chalker reveals a member of a church called “University Praise” that is affiliated with an organization called OCCCO. What is that? The “Orange County Congregational Community Organization” – a group with a fairly nebulous remit, but that seems to organize its efforts around helping poor folks organize to get things from the government.

What’s really interesting about OCCCO is that in 2007 it was a major beneficiary of Pam Keller’s “Fullerton Collaborative.” In fact, the Collaborative forked over $25,600 to OCCCO for something called “community organizing.” Well, that makes sense, we suppose, since a “Community Organization” should have something to do with community organizing. What they did for the $26K is less important than the connection with Pam Keller herself, who was able to vote on the Redevelopment expansion only after City staff redrew the boundaries around a piece of property that Keller has some sort of interest in. And of course she voted in the affirmative.

So did Collaborative Executive Director Pam Keller mobilize a gaggle of her pals in the Collaborative and/or the OCCCO to attend the meeting  and shill for the illegal Redevelopment expansion? Who knows? Sure looks like it.

The larger point here is to understand the interrelated nature of all sorts of groups in Fullerton who actually have a very small number of aggregate members, but who can be relied upon to show up periodically at hearings to promote some cause or other near and dear to the heart of some bureaucrat or councilmember. Their numbers give moral support to councilmembers who either lack conviction or are afraid of standing alone.

Is there anything wrong with this sort of mobilization of support? No. But when some of the members of these claques have financial interests at stake (which happens all the time, too) it gets a little dicey. People who want to understand what’s going on are well advised to figure out who these people are and why they are there. In the end it is the content of what they say that counts. But it’s fun to know who the players are. And if you happen to see a procession of people march to the podium to sing the praises of this or that project, you can bet that they were asked to be there. And you have to wonder: if applauders are dragooned into service to help promote some scheme or other, just how good or necessary is it really?

Need a program to tell the players? We’re working on it.

END_OF_DOCUMENT_TOKEN_TO_BE_REPLACED
Posted onAugust 27, 2009January 5, 2010Fullerton BooHoo
by The Fullerton Shadow11 Comments on Contracting In: A New Twist On An Old Idea

In government circles there is a concept known as “contracting out.” The idea is pretty simple. Certain services can be provided by the private sector at a fraction of the cost the government can manage. Things like tree trimming and janitorial services spring most readily to mind, but there’s no reason that any government function can’t be compared with the private sector for cost savings. Liberals hate the notion because it means smaller, less wasteful government.

It appears the Fullerton Collaborative has come up with a new wrinkle: contracting in. It pays a government agency, the Fullerton School District, for one of its employees, Fullerton City Council member Pam Keller, to act as Executive Director. Since the Collaborative also shares the same address as the District we assume they provide a desk and a telephone and a computer, too.

If we apply the notion that it generally costs more for the government to do something than a private citizen, we really have to wonder why the Fullerton Collaborative thinks it’s a good idea to have the School District provide this service. Common sense suggests that they could get a better deal by simply hiring Keller – or anybody else – directly, and cutting out the expensive bureaucratic middle-man. This may be a great deal for Keller, but what’s in it for the Collaborative? Of course some of our more cynical commenters have opined that the Collaborative is Keller!

Our guess is that most folks associated with the Fullerton Collaborative work for, or regularly importune the government at some level for something or other, and can’t quite bend their minds around this idea.