It’s junk mail season and time to keep an eye on the nonsense being sent out by and for candidates and issues. One of the best pieces we’ve seen thus far in the cycle is this little nugget from the CADEM’s supporting Sharon Quirk-Silva for Assembly.

The irony and timing on this is pretty great considering that Quirk-Silva herself is being investigated by the State Assembly for political retaliation against Daniel Fierro, by way of trying to pressure fellow (D) Fullerton council candidate Ahmad Zahra into dropping Fierro as a client.

But they believe HER.

If you make a sexual assault claim against an SQS ally she’ll allegedly retaliate against you, as will her husband Council member Jesus Silva.

And yet they believe HER.

This is partisan schtick at it’s worst and I almost expect this to backfire spectacularly.

Where was this #IBelieveHer version of Sharon Quirk-Silva when Fullerton Officer Albert Rincon was being accused of sexually assaulting 7 women and costing the taxpayers of Fullerton $350,000?

Where was this #IBelieveHer Quirk-Silva when a judge said of that case:

“At the end of the day, the city put Rincon back onto the streets to continue arresting women despite a pattern of sexual harassment allegations. A reasonable juror could conclude based on these facts, that the city simply did not care what officers did to women during arrest,”.

For those of you wondering about the timeline on all this regarding Rincon and Quirk-Silva – from that same Oct 2011 article:

The Rincon case began in 2008, when Kari Bode and Gina Nastasi accused Rincon of groping them and exposing their breasts. They sued the department in 2009.

So where was #IBelieveHer Sharon Quirk-Silva when Officer Albert Rincon was allegedly molesting women on our city streets?

Oh. She was Mayor. 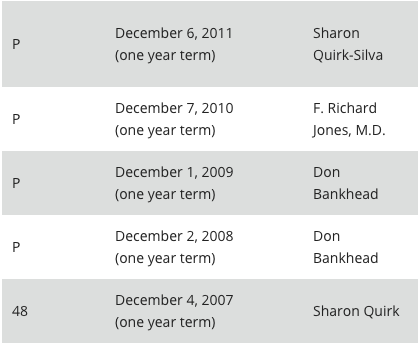 She was Mayor again in 2012 AFTER that Judge rebuked Fullerton for doing essentially nothing to an officer accused of at least 7 known alleged accounts of sexual assault under the color of authority.

And she seems to have done nothing. Apparently appeasing the police union was more important than Believing those women.

After Jerry Brown sided against SQS and signed both of those bills into law, the ACLU stated:

“Together, SB 1421 and AB 748 will shine a much-needed light on police violence and abuse. Specifically, SB 1421 restores the public’s right to know how departments investigate and hold accountable those officers who abuse their power to frame, sexually assault, or kill members of the public. AB 748 will ensure law enforcement agencies throughout the state release police recordings of serious uses of force, including body camera footage, which are valuable tools for civilian oversight at a time of growing concern with police violence.”

SB 1421 is especially problematic for Quirk-Silva’s “#IBelieveHer” narrative in that it will make public some information specific to the powers of police officers, especially regarding sexual assault tied to the abuse of power to coerce a victim into sexual acts.

SB1421 directly addresses the problems with Officer Rincon and how it was handled within FPD and our city. Thus despite her firsthand knowledge of the problems being addressed by these bills from her time as our Mayor she opted to side with those who would abuse their power rather than the victims and the public seeking information about bad actors in uniform.

Yet they believe HER.

This is because Sharon Quirk-Silva apparently only “Believes Her” when the “her” in question can be used as a political cudgel against her opponents or to rally her more rabid base of supporters. When it comes to actually believing victims of sexual assault, in the end Sharon Quirk-Silva’ actions speak louder than her words. She can be counted on to run the gamut of doing nothing to actively, allegedly, trying to silence the victim and ultimately voted to keep information about official misconduct quiet.