The other day I described how Republican Mayor Curt Pringle made some big bucks as a lobbyist for the so-called Children and Families Commission, a by-product of the 1998 liberal feel-good Proposition 10 that placed a new tax on tobacco and redistributed the dough to the Government Kiddie Bureaucracy. I promised to shake the branches of this tree to see what other strange fruits might tumble out. Well, Lo and Behold.

It turns out that Matthew J. Cunningham who masquerades as a local “conservative” blogger may be the biggest big government gravy slurpers at the Children and Families Commission trough.

As he pontificates about the joys of small government on his blog, Cunningham is making a killing as a PR flack for the ultra-liberal Commission and it’s professional do-gooders. And why not? His buddies Bill Campbell and Hugh Hewitt are/were on the Commission when he started his lucrative shill-meistering and wordsmithery for a government bureaucracy, and it’s hard to conceive that his uberboss, John Lewis wasn’t somehow responsible for directing this huge windfall to its rather unlikely recipient.

Here are the fun facts of the Cunningham contracts with the Commission: 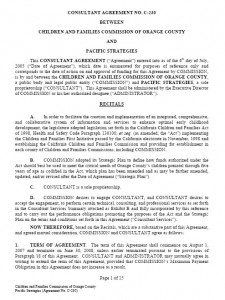 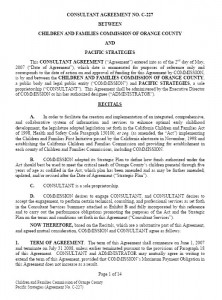 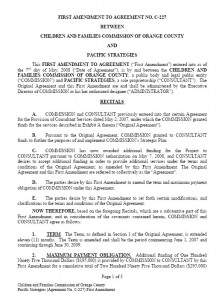 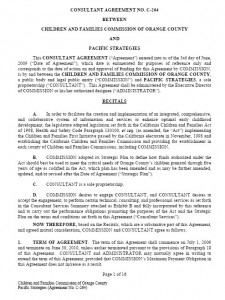 Hey you poor hungry kids out there: that’s almost half a million bucks in just three years to a guy who couldn’t even proof read his own website! And let’s not forget the hundreds of thousands of dollars dished out to Pringle and the White House Writers Group.

And if you look at the Exibit B scope of work attachments you’ll come away hard pressed to see how the scope of work amounts to more than a handful of hours a week, flack-wise. No wonder Intrepid Boy Journalist has so much spare time for his blogging and political punditry.

The biggest challenge for Cunningham appears to be to get conservatives to buy the spin on all this hogwash. And naturally a lot of his “scope”  is the usual nebulous “assist the staff” bullshit. Of course we can only wonder at the selection and bidding process at work here.

It’s perfectly clear to me that this opaque and over-funded commission needs complete outside scrutiny with fiscal and performance audits. Maybe Cunningham’s pals at the Grand Jury might want to delve into the doings of this public agency.

And the next time Matthew Cunningham preaches at you that you must believe in the joys of small government and lower taxes, or when he suggests whole village child rearing is Obama socialism, just give him a wink and a nod and try not to stare too hard at the giant scarlet H on his forehead.