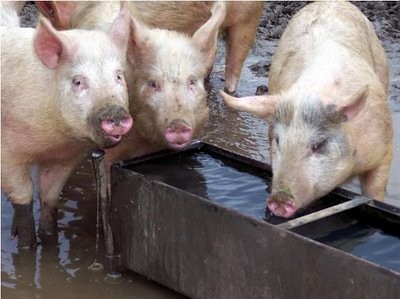 On January 20th, the Fullerton Elementary School District voted on a consulting contract of up to $100,000 which would assess the “viability” of implementing a parcel tax on every property owner in Fullerton.  This tax was ostensibly being considered in order to bridge the currently projected $17 million, 3 year FSD budget gap created by the state’s financial crisis.

For those who are blind to the perpetual folly, the ever-present elephant in the room that is the ridiculous manner in which public education is financed as a result the mafia-like tactics of our child-hating teacher’s unions, I will not attempt to educate here.  Suffice it to say that we owe a debt of gratitude to current FSD Board Vice President, Beverly Berryman for her singular sage leadership in saving Fullerton citizens from an unbelievable attempt to raise our taxes…especially the taxes of parents struggling to save their homes for their children in these painful economic times.

Any manner of idiocy is pursued under the banner of FOR OUR CHILDREN which ultimately hurts children by destroying the future of public education with unsustainable financial foolishness.  The Grand Dame of the Fullerton School District, Hilda “have you met my husband the doctor?” Sugarman actually argued that the board needed the “courage” to risk negative public reaction in order to continue to support her wasteful spending.  Laptops for all is Hilda’s favorite cry.  She is particularly fond of her unbelievably expensive International Baccalaureate Middle Years Program(me) which flushed thousands of dollars down a Geneva, Switzerland toilet.

In all fairness, I must give Lynn Thornley her due props on opposing this contract.  Very surprised I was, but Lynn has surprised before on the side of reasonable decision making.  And, finally, dear, sweet Minard Duncan.  Once again too frightened, too kind, too very, very sweet to take a position which might hurt somebody’s feelings.  Take heed my young liberal students of politics.  Minard knows the path to garnering the many votes.  Stand for children.  What does that mean you ask?  Weren’t you listening dummy? Stand for children.  You need not know how to stand for them…just stand for them.  Unbelievable.