As I’ve outlined in previous posts, our City spends an inordinate amount of money on pay/pensions and less and less each year on actual infrastructure and things that benefit us, the local taxpayers.

I’m used to the pushback from the local BooHoos who love taxes, but I caught a post by City Council hack Ahmad Zahra claiming that our financial troubles are from past councils and that he wants to look forward.

“Regardless of how we got here and who to blame, we’re here now and we’re on the bring.”

Our veritable Government Rafiki would have you believe that the sins of the past don’t matter because he wants to look to the future (but only when government incompetence is involved).

I honestly couldn’t eyeroll hard enough when I saw that nonsense from Zahra for the simple reason that Ahmad Zahra SUPPORTS the very financial sins that got us where we are today – being begged for more taxes so bureaucrats and union hacks can make more while watching our roads & our city crumble.

Because Zahra won’t tell you the truth or give you the facts, it’s time for a history lesson from yours truly.

Back in the day our then idiotic governor, Gray Davis, signed SB 400 which was sold on a lie (like most all legislation) that it would benefit government employees but wouldn’t cost taxpayers a dime more in actual costs. Those benefits came in the form of a 3% at 50 pension formula which, despite the lies told to sell it, bit us in the ass because the government is full of thieving bastards who have no incentive to the tell the truth or worry about taxpayers. Oh, and they also suck at math and their jobs.

These pensions are calculated on highest pay which means that after 30 years on the job, officers would qualify for 90% of the highest pay for the rest of their lives. This was also grandfathered and given to people who were never promised it during employment or contract negotiations.

This next part is very important and needs to be repeated. This pension giveaway isn’t based on averages or aggregates. If an officer worked patrol for 27 years making $75k/year and then jumped into command in the last few years of the job making $150/year, his pension would be based on that $150/year.

So Officer Friendly here will get 90% of $150k for the rest of his life and contrary to popular mythology the average officer outlives the average taxpayer.

The math on this problem is simple. 90% of $150k is $135k/year meaning the officer in this scenario will get $60,000 MORE in retirement every year than he earned over the first 27 years of his career.

This is a “defined benefit”. That means that if the State screws up in their planning (what? no!) and under-funds the pension funds (in this case CalPERS) then Officer Friendly loses nothing. If the market goes to hell (like when the State kills the economy over a virus) you can kiss your 401K goodbye but not so if you work for the government. They lose nothing, nadda, zip, zilch. That’s right, zero. Here in CA we have what’s known as “The California Rule” which was made up by the courts to say that once you promise a government employee something you can never take it away regardless of how bad it may hurt you. If your city promised the moon and stars to the police and then goes bankrupt, you the taxpayer still owe them the moon and the stars.

This has been fiddled with slightly over the years and newer hires get 3% at 55 but all of the problems still persist.

Which brings us back to Ahmad Zahra. Governor Davis passed the law that allowed that 3% @ 50 formula but it had to be approved in contracts at the local level. Here in Fullerton it passed in 2002 in a 5-0 vote with City Council members Bankhead, Clesceri, Jones, Norby and…. Jan Flory all voting to screw us financially well into the future.

Skip ahead to 2018 when Jesus Silva vacated his at-large council seat to run in District 3. That newly open seat was filled when Zahra, who had previously signaled a preference for representative democracy, opted to apparently sell his integrity for a seat on the water board and became the deciding vote in appointing the very same Jan Flory back onto Fullerton’s City Council.

There’s a lot of depth to this speculative story but to summarize, Flory was hopping mad that Bruce Whitaker got put on Water Board (a lucrative job) in her place when she left council in 2016 and wanted revenge. The fix was in with Fitzgerald & Silva to replace Whitaker with Zahra should Zahra sell out his pretend principles and gift the open council seat to Flory. Lo and behold he voted for Flory and immediately Whitaker got replaced by Zahra on the Water Board.

Zahra had no clue what the water board but he did what was best for Zahra. Same with Measure S. He doesn’t care that taxes hit the poorest hardest despite living in the poorest district in Fullerton – he needs the Union Hero endorsement so screw the poors if it helps his career. This is man who champions vanity projects while ignoring police oversight all while demanding more and more of your hard earned money via taxation which he calls “revenue”. 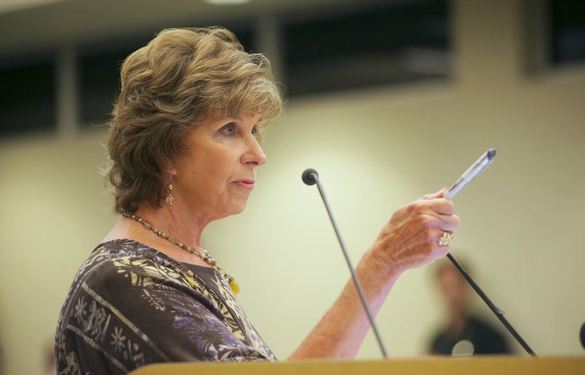 This is why Zahra wants to “regardless” his way out of the blame game and ignore who got us into this mess – because the weasel doesn’t want you to know that he endorsed and voted to put one of the very architects of our local financial misery BACK onto the council less than 2 years ago. That he supports the very things that got us into this mess and will continue to support bleeding you dry as long as it benefits him.

And this isn’t just a case of Ahmad being in the majority. Without his vote Jan Flory wouldn’t and couldn’t have been appointed because there were only 4 council members at the time and Bruce Whitaker was a solid no vote against Flory.

Jan “3% @ 50” Flory is only currently back on council thanks to Ahmad Zahra so don’t believe his Rafiki schtick. His actions matter, not his empty and pathetic rhetoric.