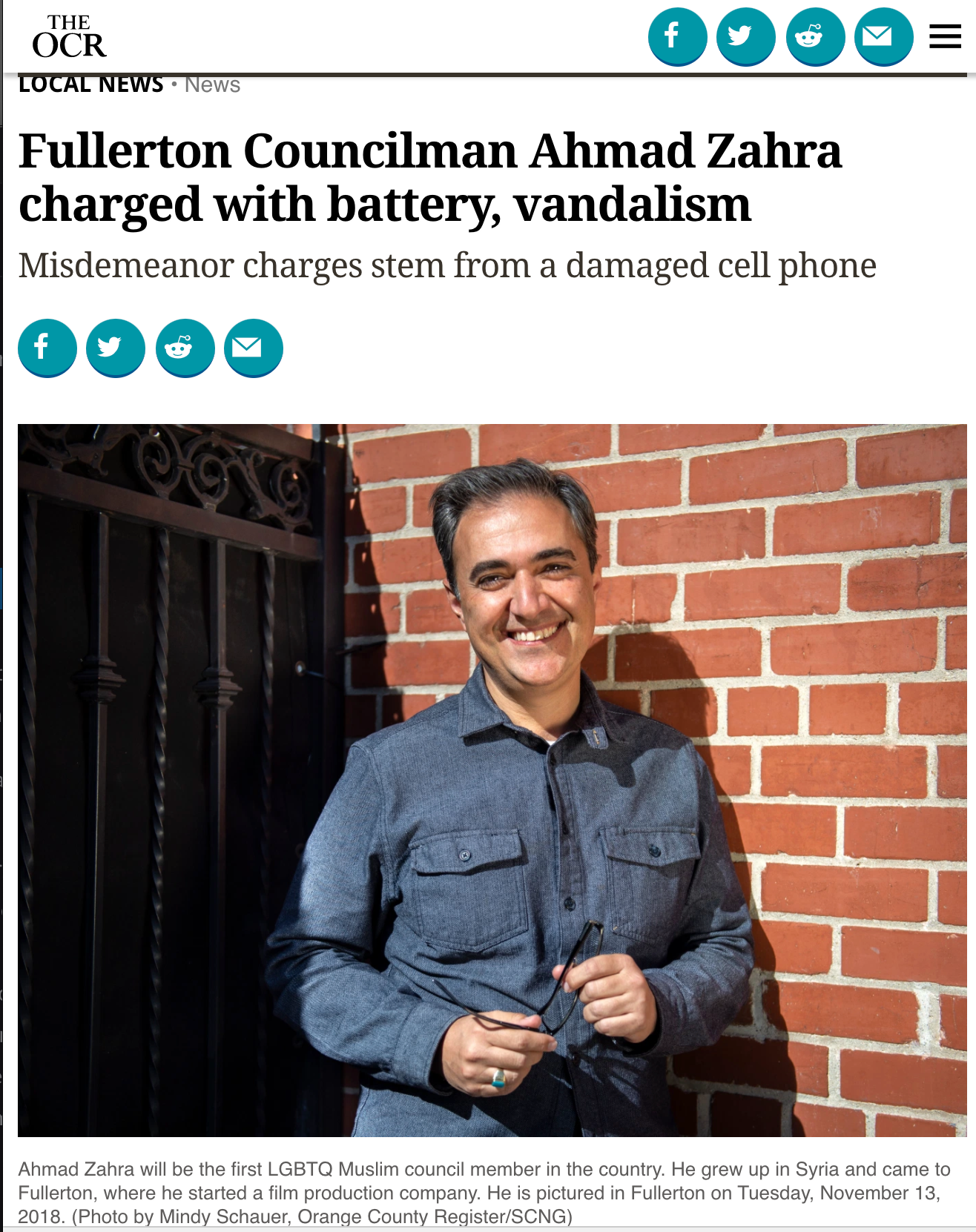 Fullerton City Council member Ahmad Zahra has landed in the OC Register for his battery & vandalism charges. While I was busy getting the court records to break this story, the Register has opted to… give you little by way of new details and a lot by way of telling you how stunning and brave and bravely stunning Ahmad Zahra is in their puff piece downplaying the alleged battery.

Looks at this sentence:

Fullerton Councilman Ahmad Zahra faces two misdemeanor charges of vandalism and battery stemming from a September altercation in which he allegedly damaged a woman’s cellphone.

“In which he allegedly damaged a women’s cellphone” isn’t exactly the big takeaway when battery is on the list of charges. This is a suck up piece if ever I read one. Even the sub-head of “Misdemeanor charges stem from a damaged cell phone” downplays the charges.

In the article, and again I quote, “Details of the alleged crimes were not available.”.  You can’t admit you know nothing and then claim with any confidence that you know from where the charges stem.

Cite your sources and give details. Otherwise stop pushing narrative as if it’s news. Saavedra has been around too long to be this sloppy.

But hey at least he managed to give us Zahra’s life story full of as much puffery as is possible in under 250 words.

If the charges are real then none of the petty details of Zahra’s upbringing, life, religion and sexual orientation are relevant to the story.

If the charges aren’t real then, you guessed it, none of that matters either.

You see, his personal backstory isn’t relevant to his pending charges unless he is being targeted because of any one or a collection of the things in said story and there is no evidence or even an accusation that such is the case.

Why Tony Saavedra would spend more words worrying about identitarian nonsense than the charges in question speaks volumes to the usefulness of the OC Register as a reliable news source. Maybe, per Zahra’s not-so-clever barbs at us, they’re “aspiring to be fake news”.