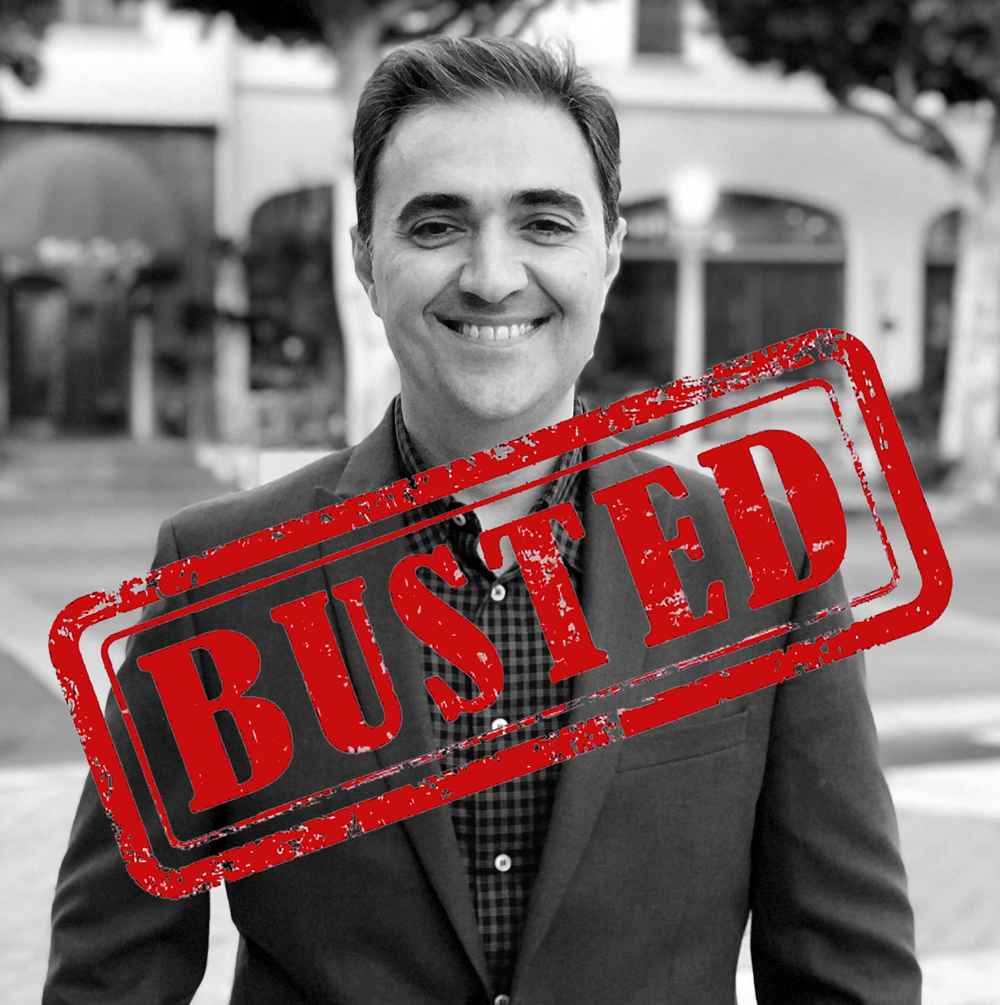 Jesse La Tour over at the Fullerton Observer saw our post and went and asked Ahmad Zahra for a response to the pending charges against him for battery and vandalism. Check out his response:

When asked for a statement from the Observer, Zahra wrote via e-mail, “I deny each and every allegation and am innocent of the charges. I am confident that the truth will come out and expect to be fully exonerated.”

Notice how he doesn’t bother to actually explain anything or offer any defense. This is a typical strategy for politicians who expect you to forget about something while they wheel and deal to make the charges against them disappear down the memoryhole.

The problem here is that this isn’t a he-said/she-said problem – this is an actual arrest by a Fullerton Police Officer and charges filed by the District Attorney.

For Zahra to be innocent of the charges it means that the arresting officer, one Officer Brayley, falsified a police report and the District Attorney filed false charges.

Zahra’s implied allegations are very serious from a sitting Fullerton City Council member and deserve to be investigated. Do we have rogue officers arresting innocent people in Fullerton? Is our District Attorney filing charges which contradict the truth?

We deserve to know.

In the words of Fullerton City Council member Ahmad Zahra himself, as captured by The Fullerton Rag:

“I want you to know that YOUR City, YOUR Chief and YOUR Police Department are committed to accountability, and transparency, and the highest safety standards.”

Let’s see some accountability. Let’s see some transparency. Let’s make sure our officers aren’t arresting innocent people and smearing members of our city. We call on Fullerton PD to release the body camera footage immediately.