Entertainers and politicians are often cited as saying there is no such thing as bad publicity.

However, former Fullerton City Manager Joe Burt Felz is not a professional politician or entertainer, although his political machinations and his alcohol-induced behavior have been cause for entertainment.

You will certainly recall Felz’s now infamous “Wild Ride” in which the badly inebriated Felz took a wide turn on Glenview Drive, ran over poor Sappy McTree, and then tried to elude the cops on on three tires. His subsequent catch and release by a corrupt Fullerton Police Department is now the stuff of legend – and the cover-up of which is the cause of the City’s egregious lawsuit against Joshua Ferguson and this very humble blog.

Well it turns out Joe has been misbehavin’ and not following his court mandated service. His probation was revoked on December 6, 2019. 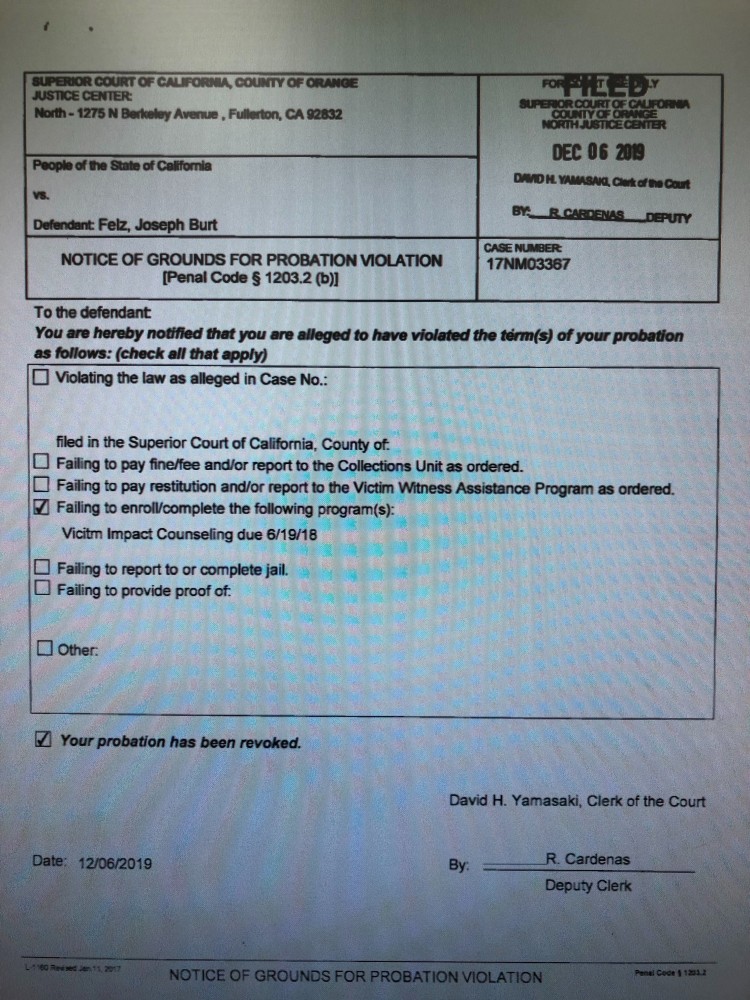 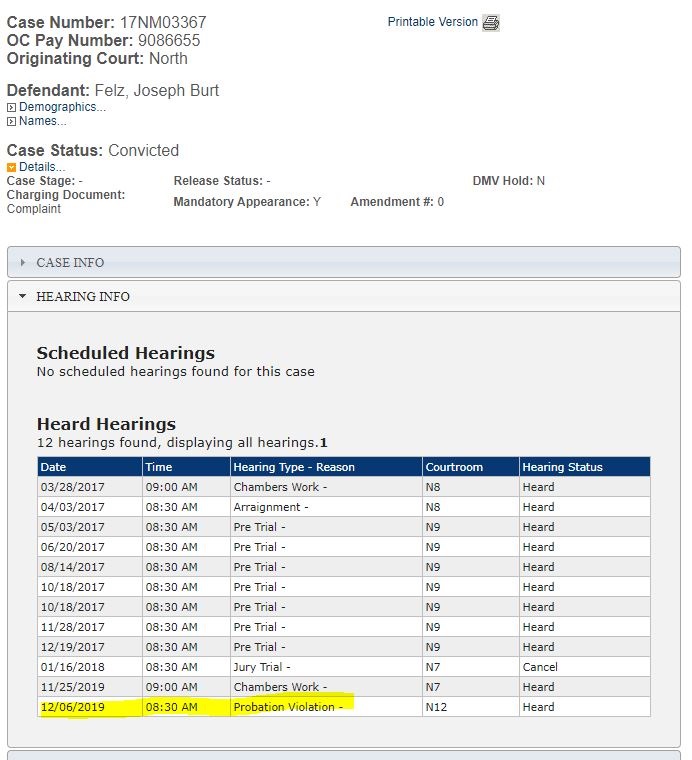 A hearing to to review Poor Joe Burt’s violation was held December, last.

Who knows if Felz has ever bothered to delve into the mysteries of Victim Impact Counseling? And who knows if he got, or will get a pass because, after all, judges are just public employees in silly robes? And they always stick together.