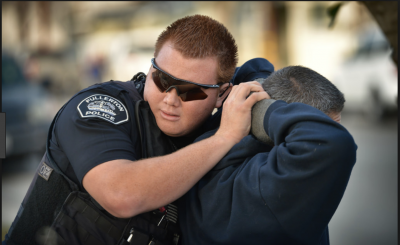 Something untoward may have been happening at Fullerton High School and the entire community appears to have been once again kept in the dark.  Your children may have had their privacy invaded & may be the victims of somebody they were told to trust.

We’ve received what looks like part of a Body Worn Camera audit and it shows some very questionable information. 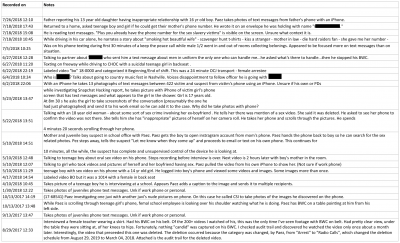 Highlights are as follows (emphasis added):

Make of all of that what you will but quite a bit of it seems like questionable behavior at best.

It is interesting that Officer Paez was able to delete files from the system by changing categories. It would be enlightening to know how often this happens at FPD. That there seems to have been no oversight on this process up this point is problematic to say the least.

Fullerton Officer Jose Paez may or may not be with the Fullerton Police Department anymore, we’ve seen no confirmation either way, but we do know that he was a School Resource Officer (SRO) at Fullerton High School.

This is confirmed though an March 2, 2017 article in the Fullerton Union High School Tribe Tribune. 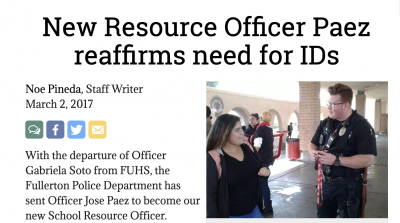 We also know that this status as an SRO is no longer current based on FPD’s website about the School Resource Officer program.

I understand the premise of innocent until proven guilty, but unfortunately, Fullerton PD does not — as they parade names and faces on social media to brag about their arrests while they themselves hide behind the Police Officers Bill of Rights and other such laws. I’d love to give officers the benefit of the doubt but they, through their unions, fight tooth and nail to stop disclosure of criminal acts amongst their brothers and sisters in blue, and enough is enough.

It’s possible that Officer Paez did nothing wrong and I’ll leave that up to the readers to demand answers from City Hall, Fullerton High School and FPD. It seems inappropriate at best to be using a Body Worn Camera to potentially video record under a teacher’s skirt, under a table, or taking screenshots and photos of underage nudity on a phone that might not even be department-issued.

It should be remembered that just a few days ago I showed Christopher Wren was terminated, partially, for having a nude photo of himself on a department-issued phone. Now square that with the above. I’ll share more as I know it and hopefully somebody can demand and get answers as to what is going on over at FPD and City Hall.

35 Replies to “What Happened to School Resource Officer Jose Paez”