The agenda is online (HERE) for next Tuesday’s council meeting and the one major item of note, item #3, is the possible appointment of a council member to fill out the remainder of Jesus Silva’s abandoned at-large seat.

This agenda item, according to City Manager Domer, was written intentionally vaguely so that council can do whatever they want on Tuesday. If they want to just appoint somebody on Tuesday, solidifying the premise that they’ve already been wheeling and dealing behind closed doors, then they can appoint whomever they want. If they want to take a different path, such as an election, they can direct staff to start that process as well.

This item will be somewhat fun to watch because of how it played out up to this point. It only matters because Silva beat Sebourn. As for the ability to appoint a crony to fill out Silva’s seat, that was passed 3-1-1 with 2 (R)s swinging into the Yes column on 16 October 2018 and again 3-1-1 with Fitzgerald ($R), Whitaker (R) and Silva (D) voting for this move on 06 November (election day) 2018. 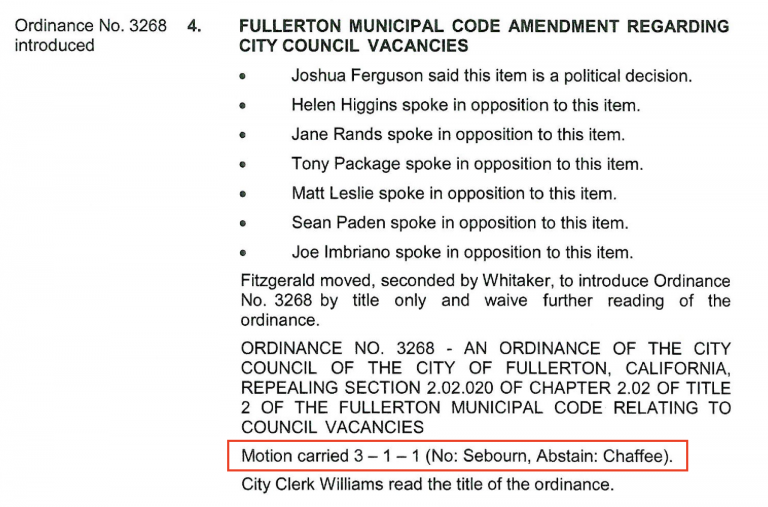 UPDATED: Corrected the 06 November vote. A previous version claimed it was 5-0 when it was the same 3-1-1 as the 16 Oct meeting.

18 Replies to “A New Council Member on Tuesday?”