Tuesday night the Fullerton City Council held a study session on the Joint Powers Authority (J.P.A.) regarding the merger of the Fullerton & Brea fire departments. The Fullerton Fire Department (F.F.D.) showed up in force, along with friends from as far away as Arizona and beyond, to hijack the meeting.

This meeting was all about a long overdue J.P.A. feasibility study and the direction council wanted staff to take.

Instead it turned into a parade of union shills, firefighters and fellow travelers complaining that they want more staff. Specifically they want all engines to be 4-man units which would cost the city somewhere around a cool $2 Million a year.

Safety and staffing weren’t a very high priority when F.F.D. was demanding their Multi-Million dollar raise the last time they sat at the table. But they want to eat our cake and have it too because no price is too high for the city so few of them live in.

For the curious at heart here’s a photo from the scene outside of City Hall during the meeting. Notice the hazard lights to warn people of the important emergency work happening. 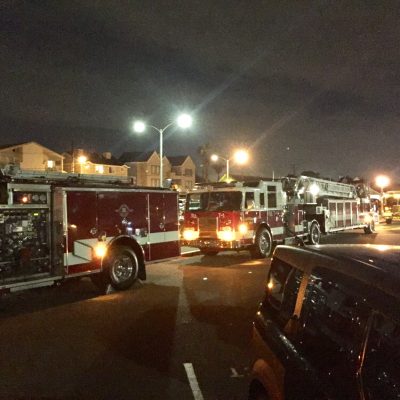 That’s three of four fire trucks (3 pictured, 4th out of view) blocking half of Amerige so they could show support and lobby the council to do their bidding. Truly heroic work. Considering they were wearing their blue fire shirts and were on call, which means in uniform, I’m not sure how they weren’t in violation of the law. Specifically; California Government Code Section 3206:

3206. No officer or employee of a local agency shall participate in political activities of any kind while in uniform.

But before you get all upset at F.F.D. for their likely criminal, and if nothing else unethical behavior here’s a photo from Wednesday’s study session in Brea on the same issue. They’re a smaller department so only three trucks rolled up and blocked Birch Street with their hazards on. 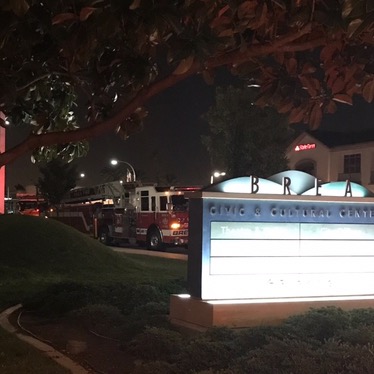 It’s bad enough that we get told story after story of horrible fires and rescued toddlers while ignoring that 80+% of all calls are medical and union rules have made those calls inefficient in ways that only government unions can mange. What’s worse is that these guys show up, on the clock, to show support in dare I say intimidating numbers for their own pay and fat pensions.

I was literally the only citizen to speak against the J.P.A. out of a concern for our budgets and not to lobby for more hero worship. For perspective when a union shill spoke about the 4-man crews, an unrealistic and constant complaint going back years, the room erupted in applause. When I spoke one person clapped. It was a tough crowd but somebody has to stand up to them from time to time.

If money grew on trees and we didn’t have to budget for things I wouldn’t mind having a fire department that, to paraphrase Councilman Chaffee, was second to none in the state. But we’re sinking in red ink and almost nobody wants to have the tough conversations regarding what we can actually afford. I’d like to point out that Chaffee couldn’t give a lick about our budgets and unfunded pension obligations and he said as much.

Fullerton voted to continue kicking this stupid can down the road. Brea however said no on a 4-1 vote which means the J.P.A. is likely as dead as poor Sappy McTree.

We’ll never know how much time and money was wasted on this ridiculousness. Thankfully Brea did the hard work that Fullerton was unable to manage.

Now comes the real fight of actually trying to reform F.F.D. because if we learned anything these last few night it’s that “They Are Hero. They Deserve.”.