For a few weeks now, we have been looking back on the fraud, waste and abuse that occurred in Fullerton during our hiatus. And we’ve had a few good laughs, unfortunately at our own expense. But Friends, today things are about to take a more sinister turn. Why? Because the story involves not only misuse of public funds, but also police surveillance of lawful activity, police assault on citizens, and the punitive misuse the criminal justice system by the cops and the district attorney.

This story from 2014 is best told in the colorful language of Mr. Stephen Baxter, and so FFFF gives you his words:

These photos, all captured on Jan 18th 2014, by OC Weekly photographer, Josue Rivas, document the temporary escape of Aj Redkey, aka Anaheim James, one of the most peaceful protesters I know, a member of in-league press, and perhaps my best friend on the planet.

We had organized a protest in reaction to the acquittal of a OC jury of the three Fullerton Police officers charged in the murder of a local homeless man, named Kelly Thomas. AJ had been filming the protest all day, because cops behave better when they know they are being filmed, so when the decision was made to break up our protest and arrest people, those filming were the first targeted by the police. These cops actually tried to run AJ down in their car, AJ leaped the hood Starsky and Hutch style, and Josue captured the rest seconds later. 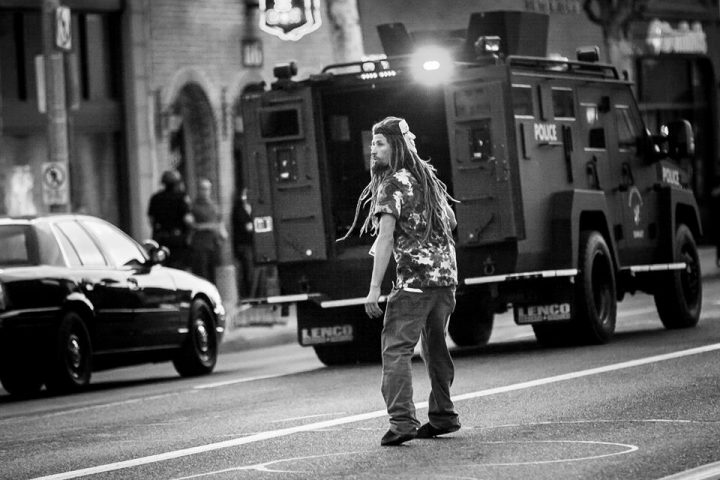 After monitoring our FB page (this according to the police report) 3 months later AJ was arrested at an Autism event in Pasadena. Six Fullerton cops drove to Pasadena to arrest my peaceful friend. Why? because by him outrunning them he had embarrassed fat, slow, over paid cops with giant egos.

After spending almost $10,000 defending these charges at a jury trial, All charges against AJ were dropped. 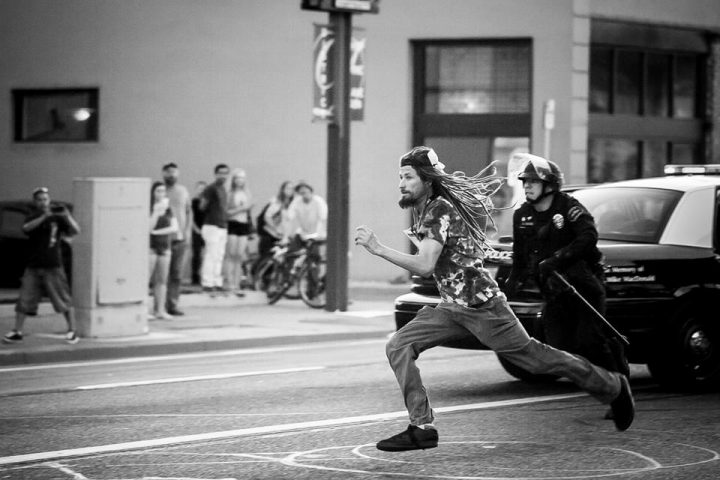 The sad fact is that “THIS IS WHAT DEMOCRACY LOOKS LIKE” Don’t fool yourself.

Also, AJ IS A FUCKING HERO. HE COULD HAVE PLEAD FOR A $500 FINE, INSTEAD HE FOUGHT IT AND FACED 6 MONTHS IN JAIL. HOW MANY OF US WOULD HAVE THE STONES TO DO THAT? 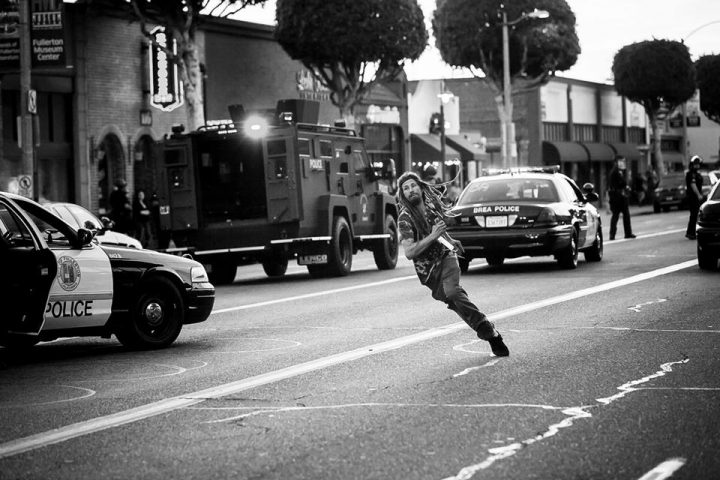 Now ask yourself how many resources and how much of your tax dollars were wasted by Fullerton PD and the DA’s office.

Does any of this shit matter to you? If not, your are the fucking problem.