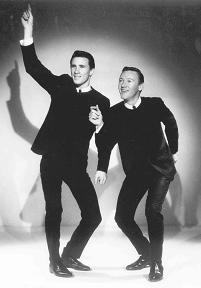 And what they are saying is pretty pathetic.

Yahoo News led off today with the doings in little Fullerton, California, here, related to the stories of police brutality against Veth Mam and of course, Kelly Thomas. Here’s somebody called Mike Ritto, President of the Downtown Business Association, moaning about the hurt put on local retailers:

“They’re telling people, ‘Don’t go to Fullerton.’ Nobody here did anything wrong. Why should the retailers suffer?” said Ritto, speaking of the protesters who have packed public forums and marched outside the police station every Saturday for a month.

Ahem. Nobody here did anything wrong? Why should the retailers suffer? Uh, dunno, Mike. Maybe it’s the bad karma associated with devil’s deal downtown Fullerton has made with an out of control police force.

Naturally we hear from FPD spokeszit Andrew Goodrich, who, inexplicably, remains spokeszit despite a string of lies and half-truths that would have made a NAZI Ministry of Propaganda functionary’s heart sing:

Goodrich, the police spokesman, said allegations that the officers in the Mam case perjured themselves were false because they believed when they testified that they had arrested the right person.

Oh, really? False charges of perjury? Really, Andy? You really want to go there? Of course the charges are perfectly true; either that or your union pals are so f-ing incompetent that they belong in institutionalized care somewhere. Which is it?

And here is Deputy DA Rebecca Reed, casually explaining that the whole Mam story told by the cops was pluasible:

“I thought it was reasonable that Veth Mam had been involved in this altercation before filming,” she said. “The video did not show the whole story.”

Say what? No, Becky, the laws of time and space were not suddenly suspended by the evil Mam. What she meant to say was: “we are told to go along with the cops story, no matter how ludicrous it might be; we have no compunction about charging and prosecuting an innocent man; we don’t give a damn about justice; my only concern is that this loss is going to hurt my record.”