Matthew J. Cunningham is scurrying around the internet trying to plug the holes in his sinking conservative reputation. Amongst other things, he has accused the Friends of posting portions of his invoices “out of context,” whatever that means. Of course he refuses to explain the details of his activities and continues to do the old “look over there” routine. 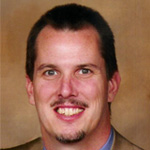 You want context? Fine. Here are all of the Pacific Strategies invoices that we scanned. Enjoy.

And if you don’t have time to go through all those invoices, just listen to this ‘ol clip from the John and Ken show: