At some point back in the 1990’s, the city retained an expensive consultant to design a sign to be painted on the Union Pacific bridge (my idea) over Harbor Blvd.  Alan voluntarily designed the “Welcome to Downtown Fullerton” sign on his home computer, saving the city thousands of dollars.

Alan would constantly question city staff’s wisdom of using legal size paper for staff reports instead of letter size, which is what they use today. Staff’s answer was that they had no choice because the file cabinets were designed for legal size paper.

One of my all time favorite council meetings (I’ll have to YouTube it someday) was when Alan chucked an illegally placed Sa For Council sign during the public comments and the sign almost hit Sa en la cabesa. You go Alan!

I believe it was the great recall that really got Alan energized as an activist. From there, it was off to the races for Alan. He continuously ragged on the council to televise council meetings, and now they are. He would speak on almost every important item on the council’s agenda. His activism helped save Fullerton taxpayers millions of dollars.

Recently, at the ripe age of 86, Alan was having breakfast with three of his buddies. While chatting with one of the servers, Alan took a deep breath and that was it for our feisty old Friend. Alan gave of himself and asked for nothing in return. People like Alan Morton are Fullerton’s Future. 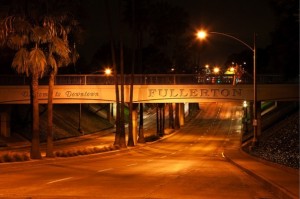