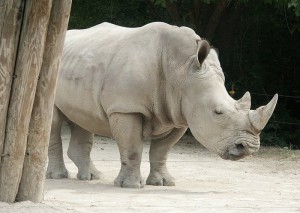 Right on cue, Cynthia Ward AKA “Colony Rabble” the newest blogger at the Purpling County blog tossed a bouquet to her soul mate whom she “just loves to death,” Democrat Tom Daly.

FFFF has previously noted here and here that Ms. Ward’s presence on a supposedly conservative blog was merely to promote the candidacy of Daly – which can’t be done out in the open by Matthew Cunningham, the blog’s editor, who has been indirectly promoting the Daly candidacy on behalf of his boss John Lewis for almost a year. Repuglicanism at its very worst.

Her post is nothing but a big, sloppy wet kiss for Daly – for his supposedly sparkling performance at the 4th Supervisorial District candidate’s forum held in Fullerton last night. Apart from the fact that Daly is a Democrat who proudly announced his pride in accepting union contributions, his perfomance at the forum was anything but superlative.

And that’s the snag in the script. Daly was truly awful. I was there taping the event. He actually seemed like he was underwater. His performance was not engaging and just seemed “phoned in.” He really did appear like somebody just going through the motions, and keeping his employment options open.

He even waffled hard on the High Speed Rail project, Ward’s pet project du jour. But it hardly matters. Her screenplay is already written.

It will be interesting to see whether Red County blog boss Chip Hanlon goes along with this nonsense. Only last week he was reacting enthusiastically to the Scott Baugh Manifesto, that not only denounced public union money but excoriated Democrats.