A Friend and devoted mother sent us this personal note regarding attorney Gerald Klein who is running for OC Superior Court Judge in June.

I hired Gerald Klein to handle my child custody battle six years ago because I believed that he would be the best choice to protect me and my daughter’s rights through representation. Through the years since, I have only known Mr. Klein to be tough, fair, and objective in the court room.  What stands out most about Gerald Klein is his impartiality.  I remember expressing ill feelings towards my ex-husband to him one day.  He stopped me mid sentence and told me that my attitude was not going to benefit my daughter at all.  It was then that I realized how much he truly cared, not just for my case, but for my child’s best interest as well.  When I found out that Gerald Klein is running for judge in June, I felt compelled to share how deserving of this position he is. 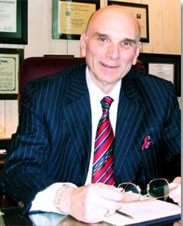 Among his accomplishments, he founded Kid’s First in 1996. It is a program for separated or divorced parents and their children.  Both parents attend this 8 week course together with their children to help the kids cope with changes in the family.

Klein has been practicing law for 33 years and has sat as a temporary volunteer judge in Orange and Los Angeles counties since 1981.  He is active in the community and he also teaches Family Law and Community Property as a part-time professor at a local law school.  Although I only witnessed his expertise in family law, he is familiar with many types of law as he had a general practice in his early years.

Read more about Gerald L Klein for Judge at geraldlkleinforjudge.com.