After my meeting with Mike Duvall the other day, I decided to see If I could learn anything more about the events of last summer that led to Mike’s ultimate resignation as the 72nd District State Assemblymen.

One of our good Friends happens to know a well-placed legislative aide who works in Sacramento and who, I was told, could help fill in some of the gaps. So I called this person.

According to this individual, it is not at all unusual for legislative staffers to request audio records of committee meetings; in fact it is a fairly standard practice. Thus, the fact that Jeff Miller’s aide requested a record of the meeting doesn’t signify any sort of prior conspiracy by Miller – or anyone else for that matter. My source logically pointed out that Miller, to a lesser extent, ended up getting painted by the same brush as Duvall.

Instead what this person says happened is that the embarrassing audio record did end up in the wrong hands – at least as far as Duvall is concerned. My source indicates that Duvall’s personal enemy Jon Fleischman did indeed come to possess a copy of the tape; and sometime between July 2009 and late August 2009 orchestrated the leak of the information to KCAL’s Dave Lopez and the OC Weekly’s Scott Moxley.

Although Fleischman’s motives were said to be personal, others such as OC Republican power broker Mike Schroeder were also aware of the impending ambush, according to my source, although Schroeder’s motives for participating in Fleishman’s scheme in some way or other were not made abundantly clear.

As with my interview with Duvall, I can not immediately confirm the veracity of my source’s information, and the journalists in question will surely not reveal their source(s). Still, our insider is indeed well-placed to know what happened and I confer a certain level of credence to the story.

What is still unknown is what other high-level Republicans knew of the tape, it’s impending release, and the obvious political fallout from that release. If indeed Fleischman was the mastermind of the Duvall ambush, it is very hard to believe he would dare to do so without the consent of at least some of the OC Republican ruling party bosses – folks such as Schroeder, Dick Ackerman, and even Party Chairman, Scott Baugh. Why these party worthies would prefer, or even allow a public scandal instead of a quiet resignation by Duvall is something we may contemplate at our leisure.

However, as I noted yesterday, discussion of the Linda Ackerman candidacy on the integrity platform seemed to appear on cue, if way out of left field, before the ink had even dried on Duvall’s letter of resignation.

END_OF_DOCUMENT_TOKEN_TO_BE_REPLACED
Posted onMarch 4, 2010March 5, 201072nd Election
by admin37 Comments on My Lunch With Mike. Mike Duvall, That Is 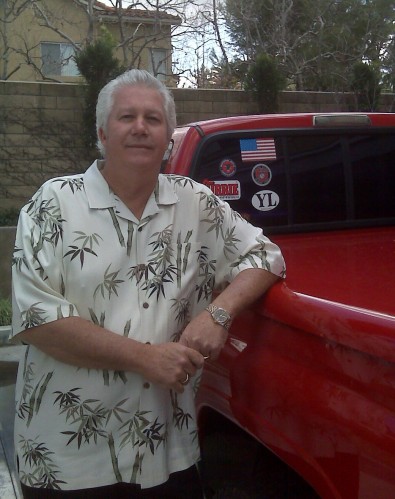 UPDATE: I HAVE POSTED A FOLLOW-UP STORY HERE, ABOUT THE SPECIAL OC ANGLE OF THE STORY.

It must be tough when just about everything anybody says about you is prefaced with the words “disgraced former assemblyman.” But that’s what Mike Duvall lives with every day.

On Wednesday I had lunch with Duvall.

Now, I’ve known Mike for a long time and thought that it would be interesting to hear his take on the events of last summer that led to his resignation and replacement as our State Assemblyman by Chris Norby. And he seemed eager to tell his side of the story.

Duvall has lost a lot of weight and looks pretty good. He attributes this to getting exercise and is benefiting from being away from the non-stop Sacramento smorgasbord provided courtesy of all those lobbyists. Well, I guess every cloud has it’s silver lining.

We met at Mike’s office and later moseyed on out for lunch. As our meeting progressed, Duvall shared his thoughts about what happened last summer.

Duvall said  that he had become well known in Sacramento for “rocking the boats” of other legislators, and that fact may have been at the root of the events that transpired. He was known, he said, for his unorthodox attitude to Sacramento, even upon one occasion, introducing some of his biker buddies into the Capitol.

Although he can not fully explain their motives, Duvall stated that he believe the likeliest scenario is that he was set up by a conspiracy involving Jeff Miller, the assemblyman from Corona, and his aide.  He believes the whole thing was either orchestrated or exploited by Republican operative Jon Fleischman, likely in retaliation for the forced resignation of Fleischman’s wife, a former employee in Duvall’s local office. He claimed that Fleischman had become extremely hostile to him personally.

According to Duvall the “hot mike” on the day his comments were recorded was Miller’s, not his; that in retrospect Miller seemed to coach the conversation into its lewd direction; and that Millers aide almost immediately went to retrieve a copy of the recording. Duvall stuck to his story that his comments were not a true revelation of anything that actually happened, and in fact he was just repeating stuff told to him about another legislator altogether.

When I asked him what Jeff Miller’s motive was to cooperate in the alleged set-up, Duvall speculated that it might have been done, at least in part to take heat off of him from the KFI John and Ken team who had been mercilessly attacking Miller, and who subsequently appeared to have stopped their attacks.

What still remains a mystery, except to the participants, and not explained by Duvall, are the events that transpired between July 2009, when the recording was made, and late August, 2009 when the story finally broke. Almost two months passed.

I have previously wondered about the on the role of Ackerman, Inc. in events of July-September 2009, since on September 10th Linda Ackerman received and responded to an almost immediate communication from the Register’s Martin Wisckol about her possible candidacy – while she was vacationing in Europe. It struck me as very odd that Linda Ackerman’s name would suddenly occur to Wisckol out of the blue without previous coaching. Duvall couldn’t shed any light on that.

But when I asked Duvall if he thought his support for the OC County Fair last summer might have played a role in the motive of someone trying to get rid of him, he acknowledged the possibility.

Is Duvall telling the whole story? Was he really set up, or was it simply the case that his unfortunate comments, true or not, were exploited by political enemies after the fact? The passage of the two month period and then the sudden revelation has all the earmarks of an orchestrated attempt to get rid of him.

The story about a conspiracy to set him up certainly sounds plausible. But without any real evidence to support his claims, Mike Duvall is going to have a hard time convincing a skeptics of his innocence.

We came across this amusing tidbit the other day. According to a State Assembly website with background info on slime ball Mike Duvall, he was presented with an Ethics in America award by Chapman University back in 2000 here’s the link.  Check out this gem at the bottom of the bio: Chapman University awarded Duvall the Ethics in America Award for his “demonstration of the highest standards of ethical integrity” while a member of the Chamber team (italics ours).

Now we have always got a kick out of the way Chapman and its president, Jim Doti. likes to hobnob with the rich and sycophanticize the powerful as he promotes his mission to destroy the City of Orange, er build Chapman, but this one is a bit much. At the time Duvall was merely the boss of the Yorba Linda Chamber of Commerce.

Today we found another website that beat us to posting the information here and, apparently, a Chapman University spokeshole is trying to slide out from under the association with this award – whatever the hell it is, but not altogether successfully. Read the comments.

Note also how Chapman seems to have a mania for tracking down on-line references to itself – pretty creepy as well as insecure – so we may be getting a comment!

Anyhoo, the whole thing is sort of funny so we pass it along to the Friends for whatever entertainment value it contains. The rather gross story that has emerged about our State Assemblyman Mike Duvall the insurance salesman from Yorba Linda will not be retold here. It is related in disgusting detail by the relentless Scott Moxley at the OC Weekly here.

We’re not so much offended by this clown’s infidelities, which are his business, as by the utter lack of tact in bragging about them, and the stupidity of doing so in an open mike. Why can’t the GOP find better representatives? And why does the same cast of characters – including Dick Ackerman and Ed Royce – keep foisting these nitwits on us?

PS – JC, I believe this is the thread you may wish to comment on.

Here’s another source for the Duvall video: http://sexoffenderissues.blogspot.com/2009/09/ca-assemblyman-mike-duvall-resigns.html