Help defeat the regressive bond measures, J & K, by putting a sign in your yard, window, office or other place that gets plenty of traffic. The more people who see this message, the better. 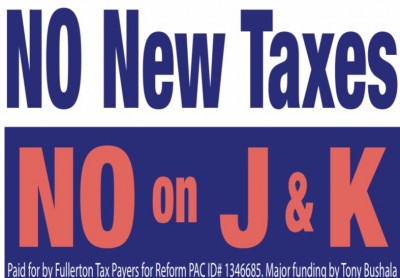 Have you ever woken up in the middle of the night and said to yourself, hey, I’m going to take out a new mortgage to pay for sprinklers on property I don’t even own?  Yeah, me neither. 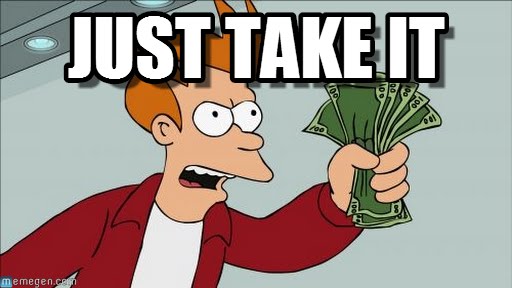 That’s exactly what the City of Fullerton cooked up in 2010 with one minor difference. Instead of a mortgage, they sold municipal revenue bonds, but that distinction is, for the most part, a moot point.  Debt is debt.

You see, the Fullerton Golf Course, located northeast of Harbor Blvd. and Bastanchury Rd. (near St. Jude) sits on nearly 75 acres of land owned by the Federal government.  The City of Fullerton is simply the lessee on a long-term lease granted by the US Army Corps of Engineers.

American Golf (and it’s predecessor) was the contract operator of the Fullerton Golf Course beginning in 1979.  They operated the course as if they owned it outright, and gave the City of Fullerton 20% of the golf and 8% of the concession revenue. This was not a bad arrangement for the City considering it was in American Golf’s best interest to run a lean operation and generate as much revenue as possible.  They also assumed responsibility for golf course operating costs, liability, and capital improvements.