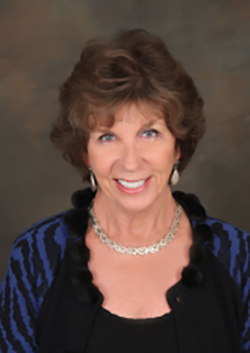 It’s not often that a sitting politician admits to violating the rights of the people but we’re seeing a lot of firsts here in Fullerton lately and the issue of ethics is no different.

Let us start by reminding the class that councilwoman Jan Flory is only currently on council because Ahmad Zahra sold out in record time and put her there. Despite Zahra’s peacocking and preening as a man of ethics and great concern for the Constitution and voting rights – he showed us early on that he’s an empty suit.

Now in an amusing twist of events it turns out that not only did Zahra and the council vote to kick our 1st Amendment rights in the teeth – his appointee Flory knew that what they were doing wasn’t going to hold up in the courts.

In a recent article [HERE] in the Voice of OC, Councilwoman Jan Flory said the following (emphasis added):

Councilwoman Jan Flory said while she respects the First Amendment, the privacy of city employees is also at stake. Like Whitaker, she said she couldn’t speak about the legal advice given to the Council during closed session.

She said the First Amendment isn’t the core issue.

“That’s not what’s at issue here. What’s at issue is he (Ferguson) obtained records that are private,” Flory said. “Or have some implications concerning the confidentiality of our city employees as well as members of the public.”

Flory also expected the publication gag order to get blocked, at least temporarily, she said.

So Jan Flory, as a lawyer, expected the gag order to get blocked?

On what grounds could it possibly be blocked? On 1st Amendment grounds, perhaps?

Why? Because the gag order against publishing was and is an illegal prior restraint against the 1st Amendment and as a lawyer Jan Flory might be familiar with this particular point.

Now according to The Other Dick Jones™ at the last council meeting the entire council, Flory included, voted for this 1st Amendment violating gag order back in September despite Flory expecting it to be shot down.

There you have it folks.

You care about the 1st Amendment?

21 Replies to “Jan Flory Knowingly Voted Against the 1st Amendment”