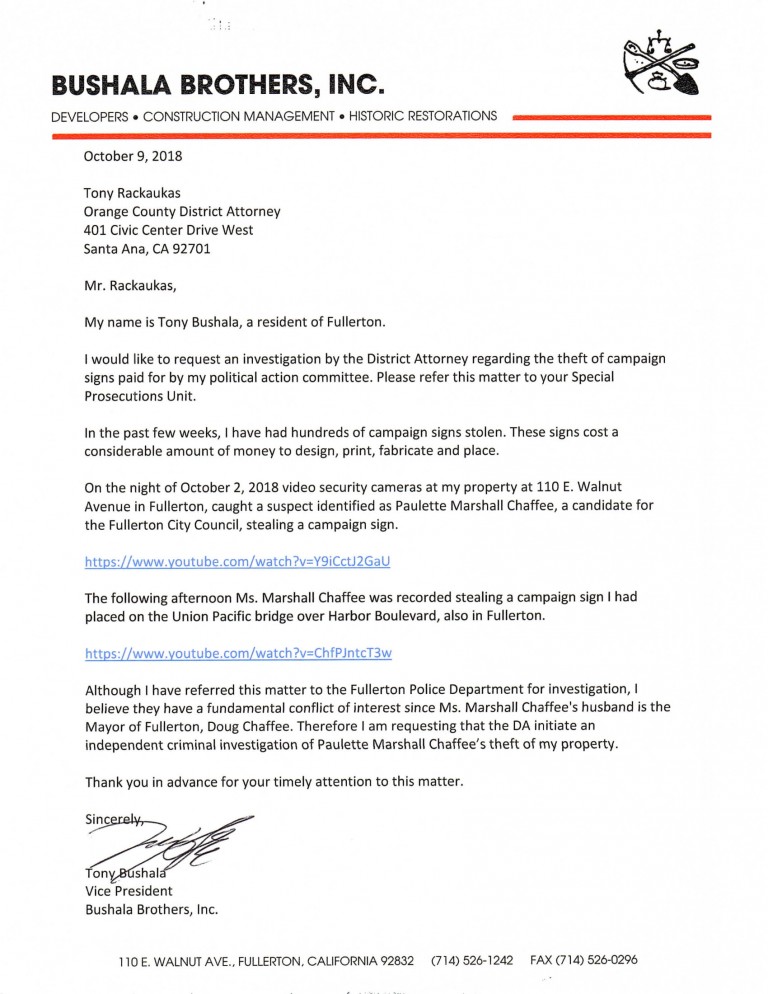 The texts reads as follows:

My name is Tony Bushala, a resident of Fullerton.

I would like to request an investigation by the District Attorney regarding the theft of campaign signs paid for by my political action committee. Please refer this matter to your Special Prosecutions Unit.

In the past few weeks, l have had hundreds of campaign signs stolen. These signs cost a considerable amount of money to design, print, fabricate and place.

On the night of October 2, 2018 video security cameras at my property at 110 E. Walnut Avenue in Fullerton, caught a suspect identified as Paulette Marshall Chaffee, a Candidate for the Fullerton City Council, Stealing a campaign sign.

The following afternoon Ms. Marshall Chaffee was recorded stealing a campaign sign I had Placed on the Union Pacific bridge over Harbor Boulevard, also in Fullerton.

Although l have referred this matter to the Fullerton Police Department for investigation, I believe they have a fundamental conflict of interest since Ms Marshall Chaffee’s husband is the Mayor of Fullerton, Doug Chaffee. Therefore I am requesting that the DA initiate an independent criminal Investigation of Paulette Marshall Chaffee′s theft of my property.

Thank you in advance for your timely attention to this matter.

6 Replies to “A Formal Request to DA Rackauckas”