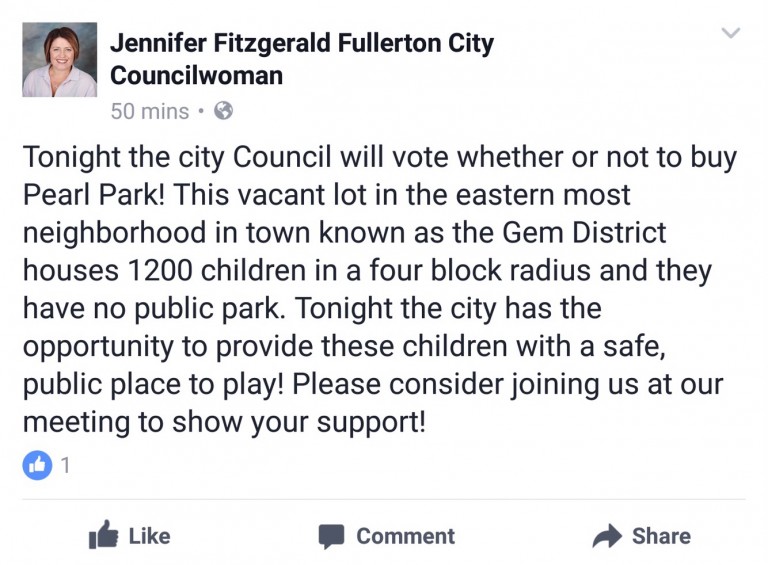 Our lobbyist Councilperson Jennifer Fitzgerald has asked her supporters on Facebook to show up at tonight’s Council Meeting to support the purchase of land on Pearl Drive to be used as a park.

Our friend David already went over some of the ridiculousness of this purchase in a previous post but it bears getting a little more attention.

The first point to be made is that this item is on the Consent Calendar tonight. Consent Calendar items are items during a meeting that get no separate discussion and are voted on together unless specifically pulled for comment by a member of the public or council. A typical Consent Calendar item would be the minutes to a previous meeting or perhaps a legislative ordinance change forced upon us by Sacramento.

Often though the items end up being things that the city doesn’t want to discuss or scrutinize in detail. Tonight’s meeting has 12 consent calendar items with this purchase being the 10th.

The Consent Calendar is hardly the proper place to drop a $1.2Million+ project and it’s more amusing given that councilwoman Fitzgerald is asking for support on an item that is scheduled to take no public comments. It’s somewhat infuriating that the city of Fullerton is so free with money that it doesn’t feel the need to openly discuss an expenditure that is over 18x the median household income of our residents. Worse still when basic details of the deal are lacking from public view. 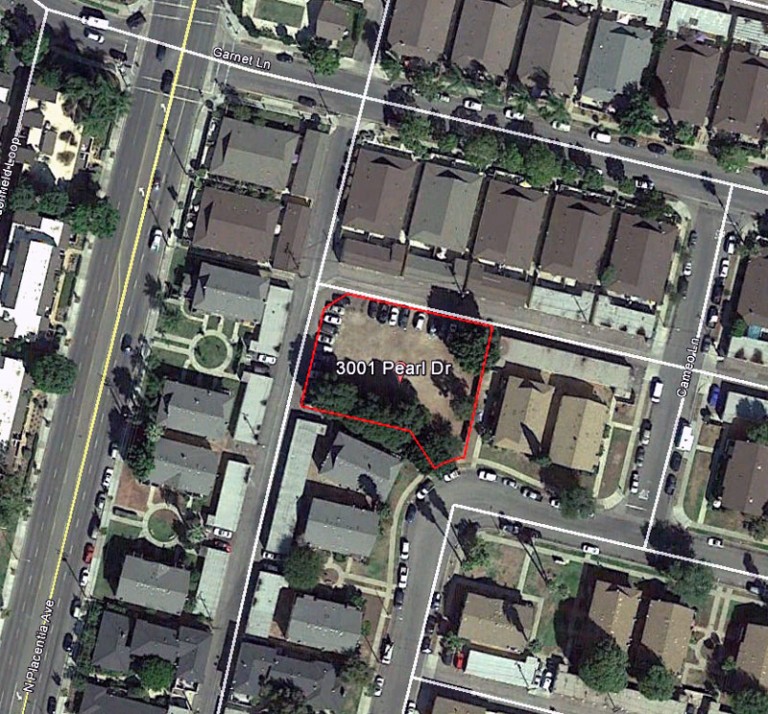 The parcel in question is slated for purchase with a whopping price tag of $755,500 based on a use assumption that is faulty at best (see David’s post). Then we have $148,000 for an unexplained “administrative settlement”. Then $300,000 for “improvement costs” that will of course be more than $300K owing to the additional paragraph stating that “An updated estimate will be established upon completion of the community meetings.”

What attachments or reference points do we have so we as a city can analyze this project? None. There is no explanation because a properly scanned, searchable PDF is too much work to manage at City Hall despite numerous requests over the years. I’m sure somebody will sound off that there have been “community meetings” that were announced on Nextdoor or some such nonsense so as to suggest the lack of need for the city to do it’s due diligence on transparency. This will likely come from the same people who complain about Public Records Requests from the public in a city known for a culture of corruption and abject secrecy.

Despite being an ongoing project, per the item’s own sparse agenda attachments, since 2002-2003 and we don’t have a breakdown of costs? A thorough estimate? A reason for the administrative settlement? A list of code enforcement violations?

Even the details we do get don’t tell the whole story.

“The amenities required being demolished”? How about we mention that the city paid over $19,000 for part of that very demolition? It seems that just about every pertinent detail has been washed from this item which maybe explains why it was on the consent calendar in the first place. You do have to the give the city credit for their optimism in hoping they could sneak this through the consent calendar knowing full well that we malcontents are always willing to call them on their shenanigans.

I reckon the only thing more infuriating than a bureaucrat putting forth this kind of lazy and shoddy work is a legislative body so uninterested in demanding real data and accountability that those bureaucrats know they can get away with this nonsense.

The old adage “Trust but verify” is absolutely foreign to the Fullerton City Council.

6 Replies to “What’s a Million Dollars Between Friends?”