You remember Dino, right? He was the guy who retired from the LA Sheriff Department with a disability and then took a job as a campus security guard at Fullerton Junior College.

In October 2016 Dino assaulted a student for failing to acknowledge his august authority:

FFFF followed up, here, and here to document the remarkable lack of progress in separating this miscreant from his source of employment. Recently FFFF asked the North Orange College Community College District for a list of employees on administrative leave to see what sort of fish might be caught in the broad net. Here’s what we got back:

Fullerton College Employees on Administrative Leave from January 1, 2016 to present:

For some reason Skokos is not only still on leave, that leave is projected to continue for another ten weeks, meaning that the guy who attacked and falsely arrested that kid will have been on administrative leave for almost one year.

There are still lots of questions that haven’t been answered, and some that have not yet been asked (until now), such as:

Here’s the choice nugget from the FJC  president as quoted in The Hornet, way back in October, 2016, reassuring his workers, educrats and students that FJC is dedicated in settling this matter:

President Greg Schulz promised the college’s full dedication in reaching a conclusion regarding the incident. 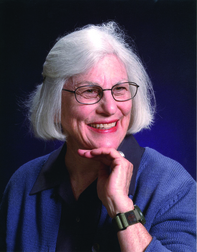 And next time you see her clucking and harrumphing about town be sure to ask your NOCCCD Trustee, Molly McClanahan, what the Hell is going on. Good luck getting an intelligible answer!

10 thoughts on “So Whatever Happened to Dino Skokos?”