There’s been flurry of news stories about Fullerton in the last 48 hours. Here’s a quick list:

Two Fullerton high school students were arrested for allegedly plotting a school shooting that they were overheard describing as “bigger than Columbine,” police said. 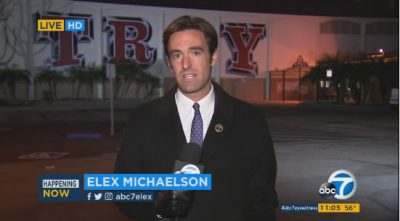 2 Female Students Sexually Assaulted Within Minutes of Each Other at Fullerton College; Man Sought

Two female students were assaulted within seven minutes of each other at Fullerton College on Tuesday night, and police were asking for the public’s help in finding the suspect. 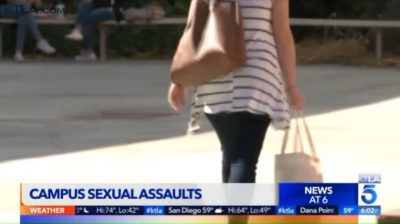 On February 1, 2017, the CSU Fullerton Police Department (UPD) received two reports of a male who was “touching himself” on the outside of his clothing at 10:41 am and at 11:48 am in a CSUF Parking Lot. 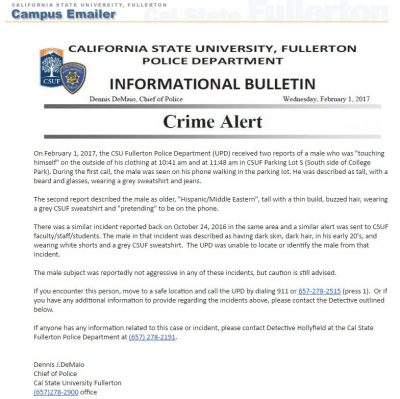 12 Replies to “Fullerton in the News: Pervs and Violence”