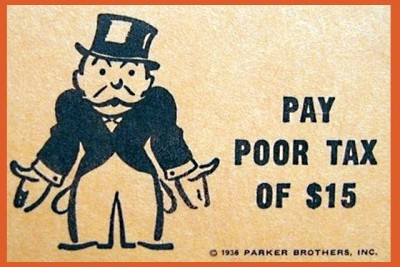 Still have any money left over after the state gas tax increases (thanks, Josh Newman), the likely loss of SALT deductions in Congress (thanks, Ed Royce), plus all the state, local and national income, property and sales taxes, licenses, and fees we already pay? Well, too bad, because OC Animal Care and the City of Fullerton are cooking up a new scheme to take even more of your money. And it all comes down to the first law of holes, government style: when you find yourself in a hole, keep digging and hope nobody notices.

On Tuesday, December 19, 2017, the City Council will again be voting on substantial fee increases, this time for the services provided by OC Animal Care. If passed, the licensing cost for a neutered dog will be $51 per year, and the per day impound fee for any lost dog or cat will be increased to $136, plus an initial $205 impound fee on top of the daily fee, and so on; the full list is available here.

According to OC Animal Care, the fee increases are necessary because their current operating budget is only enough to pay for half of the services they provide (with the other half coming out of the participating cities’ general fund).

This shortfall is blamed on the recent decisions in Garden Grove, Stanton, Laguna Hills and Rancho Santa Margarita to contract with alternate animal care facilities. However, the problem is not that these cities left OC Animal Care, but that OC Animal Care’s services are already so expensive that it was in their financial best interest to leave the program in the first place. For example, the City of Garden Grove contracted with Orange County Humane Society in Huntington Beach after their annual payments to OC Animal Care increased from $729,000 to $1.3 million in just four years, and the City believes they will save over $8 million over the next ten years thanks to the switch.

So why hasn’t Fullerton joined these other cities? An opportunity did exist to opt out back in May 17, 2016, when OC Animal Care needed its members to commit to participate in the construction of a new shelter on the Tustin Air Base property.

However, the City Council squandered the opportunity in a 4-1 vote, placing the city on the hook for its share of the construction costs for the new facility without even placing an RFP out to private animal care providers. Even if we were to back out now, we might be on the hook for the cost of construction of this shelter. Oh, and Fullerton currently has an evergreen contract with OC Animal Care because, of course we do, so any effort to extricate ourselves from this failed government program will be complicated to say the least.

But enough is enough. It is time to stop excusing poorly run government programs and to start demanding that we get our money’s worth.

17 Replies to “City of Fullerton, OC Animal Care preparing to Euthanize Your Wallet”