When Councilwoman Jennifer Fitzgerald finally got around to not misunderstanding the public records request for her phone communications on November 9th, 2016, FFFF received a document that purported to be responsive to our request. Here it is: 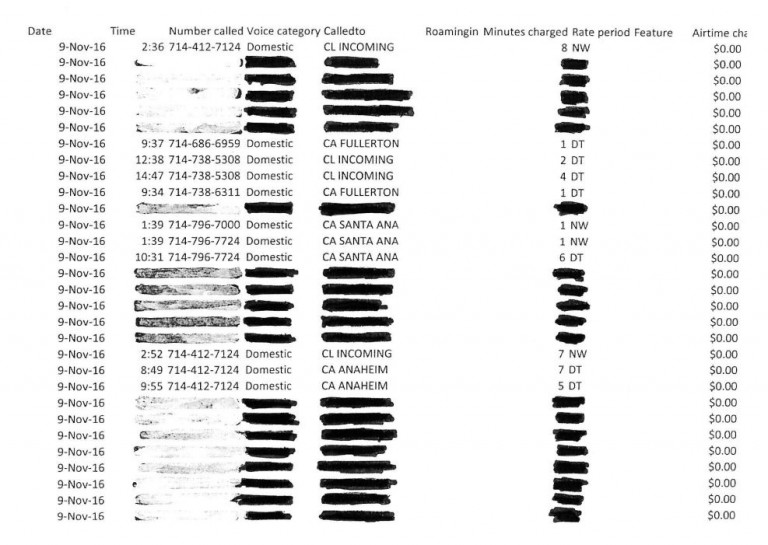 Have you ever seen a phone bill that wasn’t sorted chronologically? That’s because the document we received is not a phone bill. It’s data that was dumped into an Excel spreadsheet and deliberately sorted to confuse the chronological record and quite possibly to obscure the sequence and time-frame of redacted calls. This is not the public record that was requested and is not responsive to the request that was made by FFFF. In fact, this clumsy effort at obfuscation gives every indication of being an attempt to hide Ms. Fitzgerald’s communications in the early hours of November 9th.

And just for fun we have helped out with the names associated with the numbers:

As usual, when someone looks like they’re trying to hide something folks get a little suspicious that there is something worth hiding. And when it comes to our lobbist-councilwoman, we’re naturally suspicious to start with. So rest assured, Friends, we’ll be demanding that we get the original record, and not some self-serving, massaged data.

23 Replies to “Coverup Deepens As Fitzgerald Tampers With Phone Records”